But is it? Pallava Bagla examines the pros and cons. 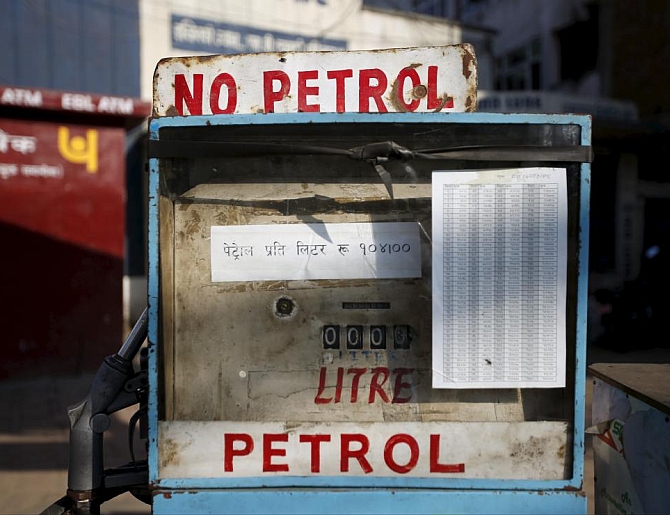 Can India kick its habit of depending on costly import of petroleum products by getting hooked on to a new form of industrial alcohol called methanol?

The government's key think tank, the National Institute for Transforming India or NITI Aayog, is seriously exploring deploying methanol as a possible way to achieve energy independence for India. A radical idea, it believes, that also offers a solution to climate change.

Is wood alcohol the solution to India’s huge oil import bill as Union Transport Minister Nitin Gadkari vows to eliminate petroleum imports? Speaking at an event to brainstorm on methanol economy as a substitute for oil and gas, Gadkari vowed: ‘We want to create a country where the import bill for petroleum is zero!’

Gadkari feels "methane is a cost-effective import substitution". It is also a great way of generating ‘wealth from waste’, asserts Gadkari who never misses an opportunity to drive home the point on how he made Rs 18 crore by selling municipal waste water in Nagpur from which methane was one of the by-products.

Methanol, also called wood alcohol, is a form of primordial hydrocarbon made from methane gas. This is distinct from the everyday alcohol or ethanol most of us are familiar with, which is found in beer, whiskies and to a certain extent also used to power vehicles.

Methanol is the simplest form of alcohol and it is toxic to humans but it is, as NITI Aayog says, ‘an excellent light volatile, colourless flammable liquid fuel which can be blended with petrol’.

It is a good replacement for petrol and its cousin dimethyl ether can be a good and cleaner alternative to diesel, believes the high-powered think tank.

Burnt methanol gives out no smoke and does not emit black carbon soot so it could be a solution to contain the ever-increasing air pollution. India has only recently introduced blending of petrol with ethanol and one large experimental pilot plant that produces ethanol from agri-waste was inaugurated this year at Kashipur.

Unfortunately, nature has not been partial to India. The country lacks generous reserves of oil, gas and even uranium, the three key sources of energy that drive the economy. There is copious supply of solar energy but the intermittent nature gives it a distinct disadvantage since the Sun is not available at night when the demand for electricity is high.

Methanol could be a suitable alternative, according to the Methanol Institute in the United States, an industry consortium that lobbies for the inclusion of methanol as a fuel. It says China is already using 15-20 per cent of its fuel mixed with methanol.

Industry experts suggest even the current make of cars can easily take fuel blended with 10 per cent of methanol and in future, when internal combustion engines can run on multiple fuels, blending up to 85 per cent with methanol could be a reality.

Today, large ships and heavy trucks are already being run on these future fuels. New alloys need to be used in methanol-using engines as it can be toxic to aluminium.

Last week, few hundred scientists and engineers gathered to brainstorm on ‘India’s leap into a Methanol Economy’ in New Delhi to deliberate if India can take the path of adopting methanol as its future fuel.

V K Saraswat, member of NITI Aayog and chairperson of the committee on methanol, thinks, "India should actively explore methanol and DME (dimethyl ether) as possible long term substitutes of oil and natural gas." He believes India’s vast agri-waste biomass and high ash content coal can be suitably converted into methanol to power the Indian economy using its indigenous resources.

In a recent position paper, the NITI Aayog says, ‘It is reasonable to start to consider the ‘methanol economy’ as a practical and feasible approach to answer the question which would supplement our ever increasing demand for oil and gas. It would provide a feasible and safe way to store energy, make available a convenient liquid fuel, and assure mankind an unlimited source of hydrocarbons while at the same time mitigating the dangers of global warming.’

Oil and Petroleum Minister Dharmendra Pradhan is also smitten with methanol and he offered a ‘Rs 1 lakh crore business to the Indian scientific community and industry that is driven to make methanol a reality’.

Today, India is a net importer of methanol, with most it coming from Iran, but a methanol evangelist, G K Surya Prakash, born in Bengaluru and now a professor at the University of Southern California in Los Angeles, feels India offers a 35-billion-litre methanol market.

Prakash feels, in the long run, methanol could be made using carbon dioxide and when that happens, the problem of global warning could easily be ameliorated.

According to NITI Aayog, one of the big sources of methanol for the country could be rural and urban waste, especially agri-waste. Today, tonnes of agri-waste -- which includes paddy straw -- is burnt by farmers in India’s granary Punjab and Haryana, most of this biomass using some nifty technology could be converted into methanol.

In addition, India’s high ash content coal, using suitable metallic catalysts, could be converted first into methane and then into methanol and DME. The downside is that, today, not even a single pilot plant exists in the country that can effectively demonstrate that high-ash coal and coal-bed methane can be economically converted into methanol.

Arvind Panagariya, economist and vice chairman of NITI Aayog, thinks that science can accomplish a lot but for those benefits like methanol to become part of everyday life, it really has to be cost-effective.

Panagariya added that for wider adoption of methanol it has be "commercially successful" and that remains a big challenge since other than China no other country has embraced methanol in a big way.

But Panagariya believes, "methanol economy could be the answer" to India’s quest for energy independence. 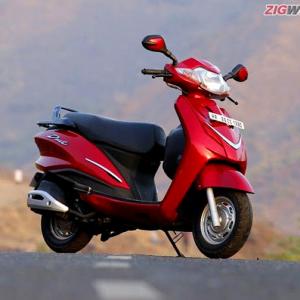 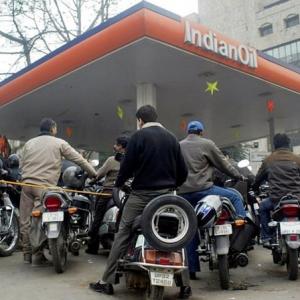