Both have made factory jobs the centre of their economic agendas. Kanika Datta explains the practical limits to their ambitions. 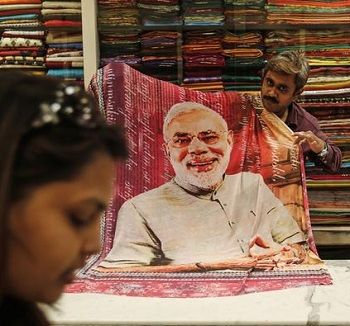 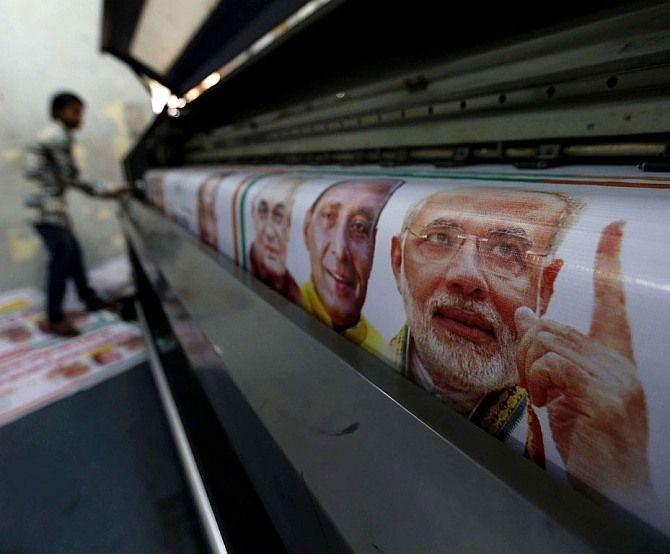 IMAGE: The branding versus manufacturing trade-off poses rather different conundrums for the manufacturing nationalisms of Mr Trump and Mr Modi, whose countries are at opposing ends of the development trajectory. Photograph: Adnan Abidi/Reuters.

Here is some -- no doubt gratuitous -- advice for United States President-elect Donald Trump and Indian Prime Minister Narendra Modi. Both have made factory jobs the centre of their economic agendas. A graduate student in economics could explain the practical limits to these ambitions. But even if the complexities of wages and productivity are beyond them, all Messrs Trump and Modi have to do to improve their understanding is glance at the annual Forbes list of the world's most valuable brands.

No need to put researchers on the job: A cursory scan will reveal that the overwhelming majority of the top 20 global brands -- 14, in fact -- come from American corporations. US-headquartered companies dominate the top 100 list too. Mr Modi may notice that no Indian brand makes it even to this expanded list.

What's this got to do with factory jobs? Just this: Most of these globally valuable brands do not make the bulk of their goods and services in their country of origin, for good reason.

MBA 101 tells us that value addition, and therefore competitive advantage, lies in the ephemeral business of branding rather than in the tangible activity of manufacturing. As a businessman Mr Trump should understand this: He has made a fortune licensing his brand of gaudy realty around the world, and no American workers are involved in building those monstrosities.

The branding versus manufacturing trade-off poses rather different conundrums for the manufacturing nationalisms of Mr Trump and Mr Modi, whose countries are at opposing ends of the development trajectory. Their efforts are, however, likely to yield the same results because of the race to the bottom that has characterised the global competition for manufacturing jobs for several decades now.

Even if Mr Trump expels all Mexicans and other Latinos from his country, global corporations are unlikely to hire natural born Americans -- which, in his book, are the white, non-college-educated cohort in the rust belt. The 18th and 19th century slaves in the southern cotton plantations could have told him that manufacturers seek the lowest common denominator in worker wages, rights and benefits.

If wage inflation and exchange rates are making manufacturing costly in China, mega-corporations can choose from: Vietnam, Bangladesh, Laos and Cambodia, Sri Lanka, Honduras, even Jordan and Israel.

This law has cleaved the Indian labour market between a pampered 'organised' sector that constitutes 10 per cent of the labour market and enjoys a virtual sinecure; and the vast 'non-organised' sector with practically no rights, benefits, job security and significantly lower wages. We know that this differential has precluded the kind of colossal manufacturing enterprises established by the world's largest corporations in China.

Thus, in a curious way, the asymmetries in the American and Indian labour markets influence corporation's manufacturing decisions in similar ways. In the US, it's the average American worker's comparative high wages and benefits and lower productivity that make it uneconomic for corporations to hire them. The cast-iron protection of India's contractual workers creates the same constraint.

Mr Trump's problems are probably greater principally because of his country's ageing population, but also his irrational response to the problem by offering steep tax breaks to convince Carrier not to transfer jobs to Mexico. This is scarcely a sustainable route to job creation, any more than Carrier's resolve to invest heavily in its US plant in… automation!

The robot revolution will also represent the biggest challenge to Mr Modi's hopes. He, though, is taking a constructive approach to the problem of the dual labour market by drafting a model law -- still to come before a serially unruly Parliament -- to relax hire-and-fire rules. Since labour is a state subject, the transformation will be limited to the extent of the states' willingness to expend political capital (Rajasthan and Madhya Pradesh have made a modest start). 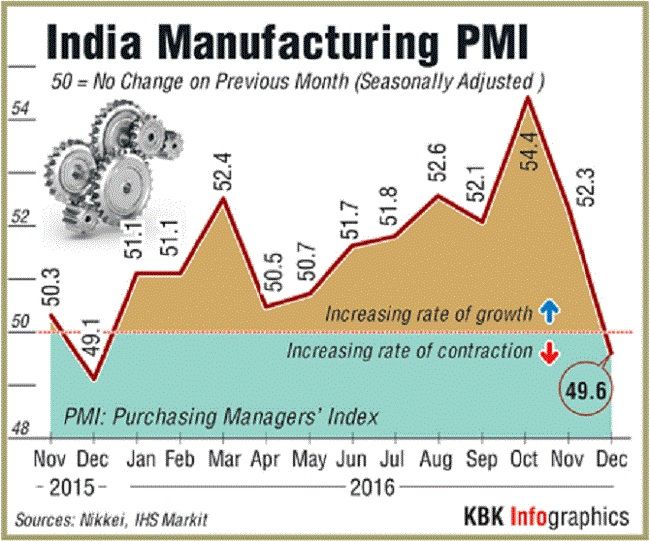 For both leaders, the answers to their job-creation problems are embedded in the Forbes list.

Ten of the top 20 brands are IT giants -- Apple, Google, Microsoft being among the top three. Do we need to emphasise that the US and India have a natural advantage here? Riding this trend entails moving people up the value chain of education. The GI Bill, offering subsidised college education to returning US servicemen, contributed significantly to the innovative dynamism of America's post-war boom, after all.

Still, that's the harder, long-term job and probably less attractive to two leaders who are palpably in a hurry to make their mark. 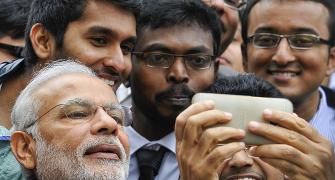 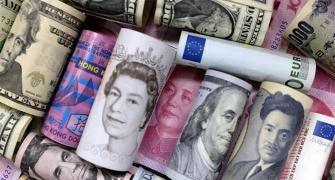 Why India will NEVER score well on ease of doing business 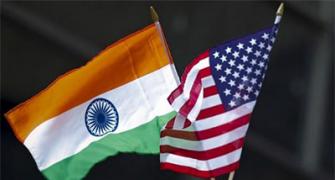