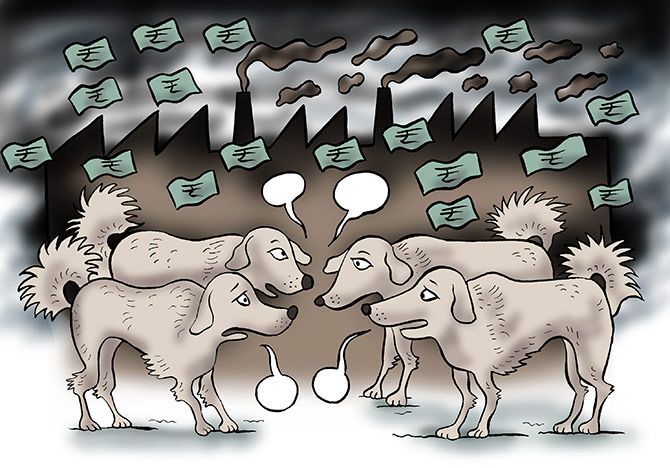 Last weekend, on the way back from a weekend trip to Varanasi, my first trip there, we were idly glancing at the books in the airport bookstall there, when my eyes lit on a book that has made me question many assumptions in my life.

But, first the context. I have always been a dog lover. Shortly after setting up home in Mumbai, I adopted a dachshund. Like many obsessive dog lovers, I was the one who took him for walks morning and night, fed him, bathed him, and of course had him sleep on the same bed as us.

When he died a decade later, I had a beagle. A decade of cuddling and petting him, he passed on, and it was time for Churchill, a basset hound (named so because he had jowls like his namesake statesman).

After another decade, when Churchill passed on, we did something revolutionary: We adopted a pye-dog, a pariah dog, which we found wandering around the village near our weekend home in Alibag, across the bay of Bombay where we live.

These dogs are called 'pye' or 'pie' or even 'pariah' because they have no discernible breed; it is surmised that they are the result of unplanned cross-breeding between various 'pure'-bred dogs.

This dog, a female pup, which we named JillJill, however, had some odd qualities.

First, it would not touch meat, but loved fish, unlike our earlier three dogs who seemed to live just for their twice-a-day meat portions.

Second, it was obsessively suspicious of anyone ringing our doorbell, unlike our earlier three well-bred dogs who welcomed all visitors to our home, 'including robbers' I groused in my mind.

Third, JillJill would attack viciously anyone who came close to me when I was sitting reading a book or having a drink. We and our fellow dog lovers put all this down to a possibly uncared-for puppyhood.

Finally, the string-like tail it had when it first arrived at our home, within weeks blossomed into a thick fan-like one, something like what some pure-bred dogs have. We then surmised that JillJill must have somewhere in its ancestry, a cross between its pye-dog ancestors and some well-bred bushy-tailed dog.

All of the above surmises so deeply ingrained in my belief structure must be the reason why I was thunderstruck when I opened The Book of Indian Dogs by S Theodore Baskaran at the Varanasi airport last weekend.

There, in the opening pages, was a picture of a dog who looked exactly like JillJill and which I learned was a 'Bakharwal', which were commonly bred and used by pastoral folks such as Gujjars to guard their cattle. Apparently, it was a pure Indian dog breed, not a bastardisation of a foreign 'pure' breed.

Was JillJill's antipathy to mutton and beef part of a centuries-old antipathy bred into her because sheep and cattle where what her ancestors reared and were employed to protect?

As I stood there at the Varanasi airport, transfixed, devouring that book, shattering one assumption that I had after the other, I learned that the origin of the domesticated dog was not, as I and my dog lover friends has assumed, from Europe.

DNA studies of 5,000 dogs from 38 countries done by scientists at Cornell University now place the origin of the domestic dog as Central Asia and more specifically in the area between Mongolia and Nepal. Terracotta figurines of dogs with collars have been found at Mohenjodaro, thus dating the domestic dog in India at 3500-1700 BC!

That's when I started wondering how many of the beliefs that we hold firmly to be truths are merely mindless copying of Western beliefs.

For example, having many large department stores is seen as a sign of modernity and our omnipresent kirana shops are seen to be like pye-/pariah dogs, to be treated as 'stray' dogs are.

Or giant, foreign-funded e-commerce outfits with their football-filed sized warehouses are seen as a sign of progress.

Is it possible that 'largeness' and 'vertical integration' are mere illusions of progress and contemporariness just as dachshunds, beagles, and basset hounds are for dogs?

The Internet, at its foundation, was seen as a way of putting expression power in a decentralised way in the hand of the masses, as opposed to centralised information repositories where the right of the people to express themselves was controlled by a few 'editors'.

Then, you may ask, how has that very quickly transformed itself to a winner-take-all industry structure, where four or five American companies now rule the world?

The answer possibly lies in the almost medieval financing system that acts on the equally medieval belief that winners take all. Such a winner-take-all belief system keeps the concentrated role of the current financial system intact.

Equally lost policymakers look at all this transfixed because they have not yet understood that the key regulatory activity is to ensure that 'Network Effects' don't lead to the dominance of a few.

The future of India lies in its nearly 50 million micro, small and medium enterprises, which operate in both the manufacturing and service sector but are viewed as the pye/pariahs of the economic scene. Attempts to 'modernise' them by making them 'register' is the wrong way to go -- if forced to register, they become exposed to extortion of bribes by the lower-level bureaucracy.

The right way to help them is to quickly facilitate blockchain-like systems of regulation for them: Where decentralised consensus can be achieved with the recording of events and other records management activities, such as identity management, transaction processing, documenting provenance, and traceability.

Not through the agency of centralised bureaucrats.

Ajit Balakrishnan, founder and CEO of Rediff.com, is the author of The Wave Rider, a Chronicle of the Information Age. You can reach him at ajitb@rediffmail.com 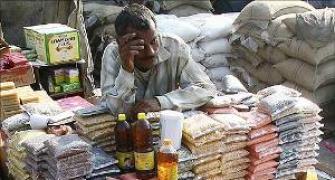 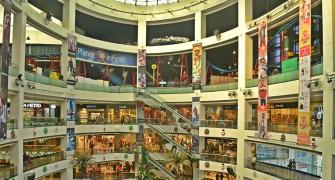 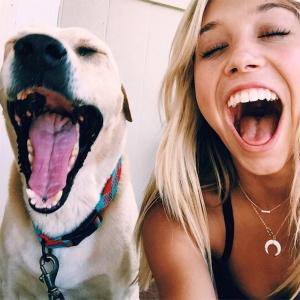