Gujarat's success story deserves all the credit that good performance demands. However, the credit for it owes to economic reforms and the entrepreneurial tradition of Gujarat, say Sonali Ranade and Shaelja Sharma

I have long argued that Gujarat was one of the top economic performers much before Narendra Modi took over as chief minister in Gujarat in October 2001. Modi by himself, over the last 10 years, has made little difference to the state's gross domestic product.

How can this be proved?  Well, let us take a look at the numbers and the dates below.

As you will observe from the growth figures from 1981 through to 1998, Gujarat was the top performing state in terms of economic growth much before Modi took over as CM in October 2001. The facts speak for themselves. In the period '91 to '98, over seven years, Gujarat's growth rate was 9.57 per cent, a good 156 basis points over its nearest rival, Maharashtra. Over the 10 years that Modi has been at the helm, Maharashtra has closed the gap from 156 basis points to just 38 basis points. The other large states have done even better relative to Gujarat under Modi in closing the gap.

Lastly, note that other states are performing just as well after reforms in stepping up their growth rates.

1. Gujarat was one of the better performing states in the '80s, much before Modi came on the scene.

2. Gujarat's economic performance went up because of economic reforms, almost doubling growth between 1991-98, again before Modi took over in October 2001.

3. Modi's tenure over 10 years hasn't done much to step up Gujarat's growth, either in relation to its own past performance, or relative to the performance of other similar larger states.

Why is that so hard to believe? That disbelief is entirely due to the efficacy of Modi's PR machine. Modi is trying to steal the credit that should rightly go to economic reforms and the alacrity with which the people of Gujarat seized them to their advantage. Modi was nowhere in the picture when that was happening.

In his blog in the Economic Times dated July 8, Bibek Debroy noted that poverty reduction happens largely though trickle-down from growth. While that is no doubt true at the macro level, at the level of states, poverty reduction is more directly related to the efficacy with which poverty schemes are administered.

This is because the decision to allocate resources for poverty alleviation and the funding therefor is done by the Centre, not the states themselves. Mind, there can be no poverty alleviation without growth because when there is no growth it is simply impossible to get people to part with their money for the poor.

Let us take a look at how the five states have done with regard to poverty alleviation. We have taken the figures that follow straight from the Planning Commission data that used 2004-5 and 2009-10 as the base years to measure poverty using the Suresh Tendulkar methodology.

Straight off, Gujarat with one of the highest growth rates at 10.28 pc ranks on par with Andhra with one of the lowest growth rates at 8.23 pc, as far as reduction in poverty is concerned. Maharashtra, Tamil Nadu and Karnataka have done much better at poverty alleviation in the five years spanning 2004-5 to 2009-10 when Modi has been at the helm in Gujarat. Note, Gujarat's poverty rate is not significantly different from that of other larger states.

We will return with more facts and figures and more arguments as we dig deeper into the Modi PR machine's myth-building. Gujarat's success story deserves all the credit that good performance demands. However, the credit for Gujarat's success owes to economic reforms and the entrepreneurial tradition of Gujarat. As we have shown, the big step up in Gujarat's growth rate from 5 pc to 9.5 pc came after economic reforms of 90-91 and much before Modi became the chief minister in October 2001. 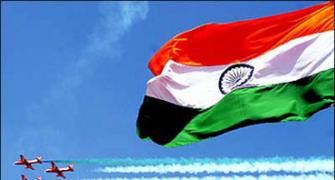 The 10 top entrepreneurs from Gujarat 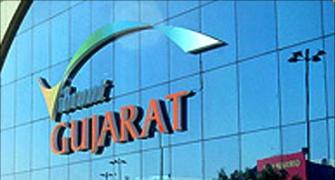 Why Gujarat is among the best places to invest in India 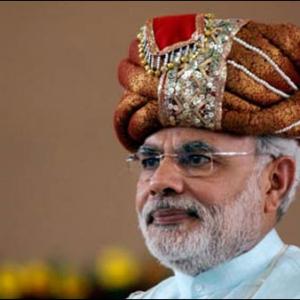