News
Business
Movies
Sports
Cricket
Get Ahead
Money Tips
Shopping
Sign in  |  Create a Rediffmail account
Rediff.com  » Business » Why China needs the One Belt One Road

China is keen to rebalance its economy towards higher consumption, services, technology use and value-added exports. The hope is that its currency will strengthen as the world embraces it as a global trade and reserve currency, say Abheek Barua & Bidisha Ganguly. 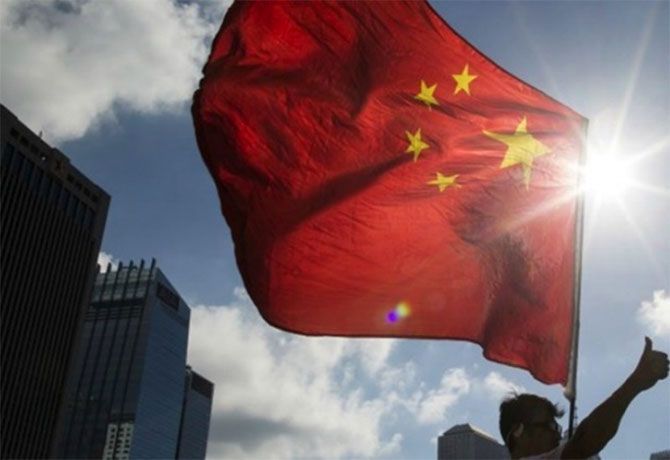 Even as the Trump trade unwinds and US markets are hit by turmoil, we chose to focus on China for today’s column. In many ways, what happens in the Middle Kingdom is critical for determining the global economic outlook, given its heft in global trade and investment.

A major deceleration in China’s growth could set back the nascent global recovery and impact the optimism on emerging markets. Looking back at the last few years, growth in China’s gross domestic product moderated steadily from 7.8 per cent in 2013 to 6.7 per cent in 2016 in line with the country’s official policy of rebalancing the economy.

Readings across a range of indicators pointed to a pick-up in activity in the first quarter of 2017 but policy-makers are keen to tighten financial conditions.

The counter-cyclical policies since the global financial crisis of 2008 has led to an explosive build-up of debt in China, creating concerns about the sustainability of higher growth.

Tighter monetary and fiscal conditions as well as restrictions on property purchases have been put in place over the last six to eight months. Financial markets now worry that these measures could trigger a hard landing in China and volatility across markets.

The recent correction in metal prices has been attributed to renewed concerns about the economic health of China. While we do not believe that things will come to a head, it may be worth recalling the risks in the China story.

As pointed out by an article in The Economist (“Breaking Bad”, May 2016), there is plenty of evidence that bad loans are much higher than the 1.7 per cent of total loans reported by the official data. Following China’s previous lending boom of the 1990s, the non-performing loan ratio topped 35 per cent in 1999.

At that time, the solution was to sell off the bad loans to asset reconstruction companies (ARC), recapitalise banks and keep interest rates low to fund the bailout. Today, it would be difficult to do a repeat act given the much larger scale of the problem and the possibility of triggering capital outflows.

While there have been many doomsday predictions, China has so far avoided any crises. A realistic assessment would take into account the fact that China has a saving rate of nearly 50 per cent, which provides banks a cheap source of funds. However, the possibility that as China deleverages, many years of slow growth will remain a drag on the global economy must be factored in.

In a recent note on the Chinese slowdown by Morgan Stanley, the prognosis is that the worst of the debt-disinflation cycle is behind us. Structural changes such as reduction of excess capacities in manufacturing and a cutback in investment in low value-added sectors mean that disinflationary pressures are on the decline.

The official vision is that China will escape Japan-like stagnation through its massive new wave of investment in the One Belt One Road (OBOR) initiative. An ambitious project to integrate much of Asia with parts of Europe, Africa and the Middle East, concerns remain about its economic and financial viability.

Garnering finances to the extent projected (in trillions of dollars) may be a difficult task and may require further liberalisation of China’s currency market. China is also keen to rebalance its economy towards higher consumption, services, technology use and value-added exports. The hope is that its currency will strengthen as the world embraces it as a global trade and reserve currency.

Postscript on markets: The political upheaval in Washington caused a wave of risk-off sentiment to hit the markets last week. This panned out as a fall in US equities and the dollar, which gave off its entire gain since the election.

Capital outflows hit emerging markets and their currencies, which had become overvalued after a period of excess inflows. Earlier, we have seen US Treasuries and the dollar emerge as safe haven bets during periods of volatility. For the first time, the euro emerged as the safe haven with money pouring into German bunds. 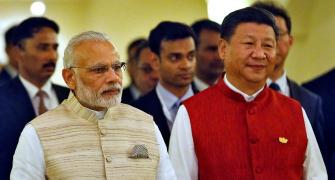 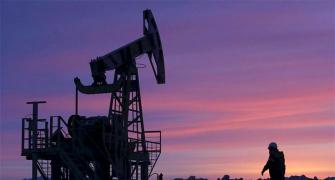 How India plans to counter China 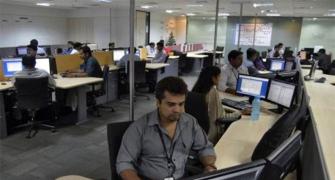 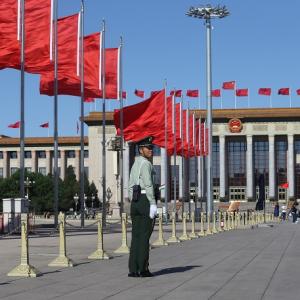 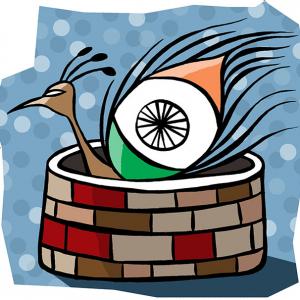