News
Business
Movies
Sports
Cricket
Get Ahead
Money Tips
Shopping
Sign in  |  Create a Rediffmail account
Rediff.com  » Business » Who will be the next Steve Jobs?

Who will be the next Steve Jobs? 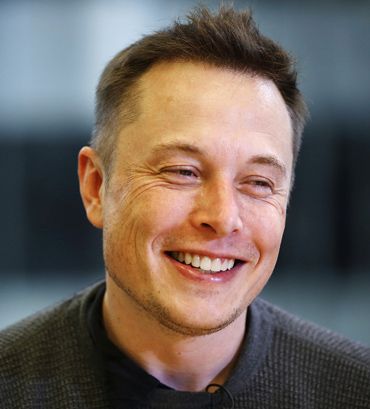 In some ways, Elon Musk’s vision is even bolder and more transformative than that of Steve Jobs.

Jobs changed the modes of many of our sensory experiences. Musk’s interest seems different: he is dreaming to change modes of habitat and transport and like Jobs is plotting all this through his own business, says B S Prakash.

'Who will be the next Steve Jobs?’

This is the question that I asked my friend visiting us from the Silicon Valley.

At one stage, he was my Guru on that ‘eco system’ as the denizens of the technology drunk areas in and around San Francisco call that region. Thanks to him, I had become semi-literate about the ‘bits and bytes’ of that world when I had spent some years there as the Indian consul general.

My interest in the subject is a bit eclectic. I am not an early adapter to technology unlike some who are up and running with the newest and the smartest, be it in hardware or software; alas I did not have the physics or the engineering to become a natural nerd; nor am I a gizmo geek gushing over the next Samsung offering -- either a phone becoming bigger to approach a tablet, or a tablet being shrunk to approach a phone.

I am not a $ bean counter exulting over the Twitter IPO or agonising over the falling Microsoft stock.

What interests me can be described as the sociology of technology, by which I mean the interface between new technology and society. The Silicon Valley titans who come up with products or processes catering to our needs or desires, some of which we may not be even aware of -- this is what fascinates me.

I have had the opportunity to meet some of them and these ‘leaders’ are very different, in dress, talk, ideas and decisions, than the other kinds of leaders that I have seen as a diplomat.

Even in that world Steve Jobs rocked. How many of my own habits has he changed? Listening to music with iTunes with no more stacking of CDs, reading magazines on iPad with less and less dependence on the printed word on paper, using my fingers and not memory to get any of my contacts on my iPhone, storing all my data on iCloud with a good riddance to all the files…

My iPhone is the gateway to the world and the world is in my pocket.

Sure, others compete today and perhaps Samsung has done even better, but if I want to name to a person who changed the way I work and play, it has to be Steve Jobs. Bill Gates, Sergei Brin and  Larry Page of Google, will complete the triumvirate.

What was so special about Steve Jobs? His genius was in being at the intersection of art and science, product and aesthetics, innovation and marketing, and combining other such bipolar attributes.

He visualised possibilities before any one else and then worked to make them products. Not in one field, but several, and he altered every area that he entered. And in the process became very rich.

So to come back to the question, who will be the next Steve Jobs, I was asking.

It appeared that my curiosity was not all that original.

Jeff Bozos and Elon Musk are the two top contenders for the honour, said my friend. After a moment he added that his money was on Elon Musk.

Talking to him and later researching the subject, I understood the logic of the choices.

Of the two, Jeff Bezos is better known than Elon Musk. Fifty years old now, he is synonymous with Amazon, the world’s largest and in some ways the most successful retailer.

Unlike some of the IT giants, Bezos’s innovation was in the business solution application of IT for what was a new delivery model, for books initially through Amazon, but now for everything. But Bezos’s interests are not limited to selling. He has been dreaming of space travel at affordable costs and has a company ‘Blue Origin’ towards that dream.

Some years ago, he was instrumental in developing an inexpensive and yet efficient electronic reader ‘Kindle’ which is forever converting readers into becoming e-readers.

More recently he bought the famed Washington Post and it is as yet unclear what he will do with it. But he should be on the list for the ‘next Steve Jobs’ because he makes a success of everything that he touches, disrupts existing models of business with new methods, is tough and demanding to his employees, and is a visionary who becomes richer by the day.

The one big difference with the Apple legend -- Bezos is cost conscious and operates on thin margins, an aspect that was never a concern for Jobs.

As my friend had noted, Elon Musk is even a more likely fit. Currently only 43 years old, Musk originally a South African and now a California resident, has always dreamt big. His personal biography reads a bit like that of Jobs: teaching himself computers at the age of 12, becoming the founder/CEO of PayPal, an electronic payment system before he was 30, selling it to eBay for a profit of $ 1.5 billion, and in the process becoming a young tycoon,  and investing his own money in high risk enterprises that are the stuff of science fiction.

Musk’s entrepreneurship is not limited to the digital world, though he started there. Not for him, the attractions of e-selling or buying or the ad revenue based models of social networks.

In some ways, his vision is even bolder and more transformative than that of Jobs. Look at the examples.

Musk’s passion has been in designing and operating space launch vehicles, an activity hitherto done by NASA or other government agencies. Musk believed that rocket launch is not only a science, but needs to be looked at in terms of costs too and has single handedly made it possible through his own company Space X, to lower costs with different technologies.

He now has contracts from NASA itself and is dreaming of setting up colonies for human habitation outside the earth! His audacious dream is for multiplanetary life starting with Mars and his talk is taken seriously by those who understand such things.

Another venture Tesla Motors makes the world’s most sophisticated and ultra class electric cars. A third project under execution is ‘Solar city’, the largest provider of solar energy, not only for limited or individual habitats, but on a city scale.

Recently Elon Musk unveiled plans for what was termed a ‘hyperloop’, the next generation train travel at a sub sonic level. If operational, it can reduce a five hour journey to less than half an hour and can make the train journeys faster than air!

Steve Jobs changed the modes of many of our sensory experiences. Musk’s interest seems different: he is dreaming to change modes of habitat and transport and like Jobs is plotting all this through his own business.

So what does Musk himself think of the comparison with Jobs? He has been asked this question. Predictably, he is too busy to answer.

B S Prakash is a former ambassador. He was also the Indian Consul General in San Francisco.

Click here for more columns by B S Prakash. 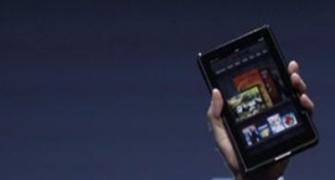 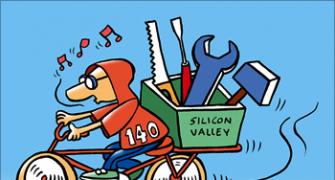 Can Jeff Bezos invent a new future for newspapers? 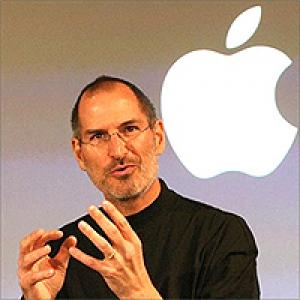 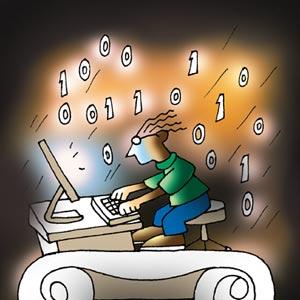