India's current position on external debt is a bit worse than what it was in 2007, just before the global financial crisis, though nowhere near the situation that prevailed in 1991, notes Subir Roy. 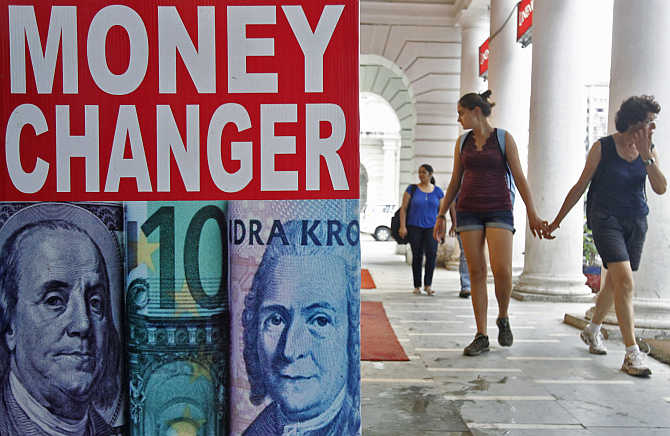 The Reserve Bank of India (RBI) and the government have for some time been sparring over various issues, just about managing not to differ acrimoniously in public.

It is, therefore, surprising that the two should have expressed the same views on full convertibility of the rupee with such alacrity.

RBI Governor Raghuram Rajan and Minister of State for Finance Jayant Sinha have come out in quick succession in favour of this happening in a few years.

The economic reason for this to be placed so firmly on the agenda right now is unclear.

There is, of course, a political reason, which has been articulated by Mr Sinha, who has said that for India to be a "global economy" it needs its currency to be fully convertible, like those of the big boys.

India being recognised as a global power is high on the Bharatiya Janata Party (BJP)'s agenda, just as there is another section that holds that the first need is to end having the largest number of poor people in the world who severely lack access to safe drinking water and basic sanitation.

These two are not either/or, but if mind space and size of agendas are finite, then it is necessary to have priorities.

From 1991 onwards, foreign exchange controls have been steadily dismantled and the rupee allowed to find its market-determined rate, doing great good to the economy in the process.

Over time, as the rupee has become convertible on the current account (covering trade in merchandise and services), foreign exchange reserves have steadily risen, bearing testimony to the success of external liberalisation.

The rise of market fundamentalism from the Reagan years, the adoption of the "Washington consensus" by the Bretton Woods twins and the enhanced clout of Wall Street over Western thinking put a premium on moving towards capital account convertibility.

As countries like Thailand, Malaysia and Indonesia came to grief, but China, India and Vietnam, which had retained capital controls, did not and were able to stop the financial tidal waves at their borders, the dogma of full convertibility was cast in the bin.

Thereafter, India's ability to remain steady in a world awash with liquidity and during the financial crisis of 2008 and its aftermath has again underlined the virtue of not giving up the tools of capital control.

It is axiomatic that as an economy grows and become more complex, controls should diminish, remaining only to ensure that markets function efficiently.

Also, critically, capital controls cannot go unless there is macroeconomic stability, the fiscal situation is healthy and inflation is low.

India is a long way from this state of bliss. Plus, it is plagued by a long standing cultural malaise - an insatiable appetite for gold that introduces instability in India's balance of payments.

The biggest danger of removing capital controls in the absence of the foregoing is to create the risk of getting quickly into high external indebtedness, particularly of the short-term variety, to pay for current-consumption poorly selected investment.

Burgeoning external indebtedness lay at the root of the payments crisis India faced in 1990.

India's current position on external debt is a bit worse than what it was in 2007, just before the global financial crisis, though nowhere near the situation that prevailed in 1991.

In contrast, reserves more than covered external debt at 115.6 per cent in 2007.

Perhaps the most important, the ratio of short-term debt to reserves, now stands at 27.8 per cent, when it was half that at 14 per cent in 2007.

When the debt-GDP ratio keeps going up, as also the proportion of short-term debt and the ratio of cover provided by the foreign exchange reserves decreases, it is time to reverse gear, not talk about full convertibility. One adverse consequence of a quickly rising tide of foreign inflows is an artificial boost to the value of the rupee.

An overvalued exchange rate, as also, of course, the global slowdown, are hitting exports. India's leading software exporters are wailing against "currency volatility".

At this juncture, it is important to send the right signals, that India is serious about keeping strict control on its external debt and discourage the movement of volatile funds.

What it needs is long-term capital through more foreign direct investment (FDI) that will build factories to boost the "Make in India" agenda. Removing restrictions on FDI, not full convertibility, should be the talk of the hour.

Get Rediff News delivered into your Inbox.
Subir Roy
Source: 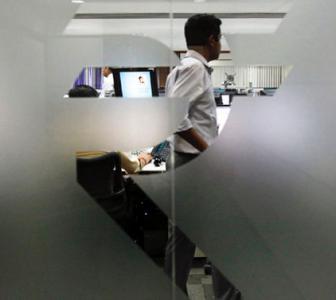 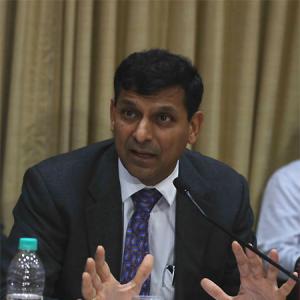 What is capital convertibility & how India should move towards it