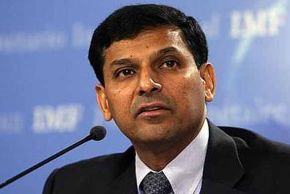 RBI Governor Raghuram Rajan's efforts to induct a new chief operating officer and diversify the recruitment process at RBI reflect are good ideas that should be supported, says Jamal Mecklai.

I visited one of the deputy governors at the Reserve Bank of India (RBI) a couple of weeks ago and discussed, amongst other things, my continuing obsession with the fact that volatility is so low in markets everywhere.

He pointed out that, since the financial crisis, regulators are active everywhere.

Not only have banks been slapped with huge fines - although, to my surprise, there have been no prison sentences - but capital requirements been cranked up substantially - and appropriately, I might add.

As importantly, regulators are much more proactive. If there is any whisper of excessive position-taking, there are questions.

All this is leading to a narrowing of volatility and, of course, a fall in spreads and liquidity.

The old paradigm - that markets need plenty of speculation which creates liquidity which results in better risk management and finer prices for the real economy - appears to be broken.

A new paradigm is forming around the age-old idea that finance is supposed to be a service industry, not the main course. Now, it's conceivable - indeed, likely - that regulators may be over-correcting, but that is the nature of metronomic change.

We need to find a better balance between the free-for-all that prevailed since 1980 (and that ended in tears in 2007), and the quiet market that appeared to provide reasonable support to the global economy before then.

Clearly, financial services will no longer be the job opportunity of the forever future - already, only five per cent of Harvard Business School graduates are going to Wall Street as compared to the 20+ per cent that moth-like headed there in the early 2000s. Just as clearly, "free" markets will no longer play the oversized role they did over the past few decades.

The last cycle ran for around 30 years - from a bit before 1980 to around 2008; and there's really no telling how long the next one will run.

Kondratieff cycles, that define independent paradigms, can run for up to 70 years.

We are just five or six years into the new cycle, and regulators and market players are just coming to grips with the fact that it is a new world.

Regulators will, contrary to earlier years, prefer to err on the side of caution, at least until some sort of steady rhythm returns to markets. Historically low volatility is decidedly not a steady rhythm, so it is unsurprising that we remain - from a new paradigm standpoint, at least - in a holding pattern. In the immediate term, global growth remains mired in a continuing post-recession hangover.

While the US is definitely recovering, Europe, Japan and, now, China are all going through another wave of what some fear could be a multi-year slowdown.

Thus, even if the US pulls up very strong, it is unlikely that global growth will climb back to the heady levels of 2005-06 for some more time - almost certainly another five, perhaps even another 10, years.

Correspondingly, interest rates, while sure to rise from current levels, will also stay subdued. The five-year swap rate (against three-month Libor) today is 1.79 per cent; Libor will need to rise to nearly 3.5 per cent five years out for the carry to be overtaken.

This looks difficult given the multiple clouds on the growth environment. Of course, the other driver of interest rates - inflation - could come back to life through some unknown - thank you, Donald Rumsfeld - shock.

However, while it is certainly prudent to protect against interest rate risk, in the current situation I don't think I would hedge much more than 25 per cent of Libor risk at these prices.

The real conundrum, however, is when - and how - regulators will start to change their posture as the new paradigm evolves.

Market fundamentalists, even though weakened, will continue to push for reversion to the earlier status quo; equally, the many-times-burned regulatory framework will push back wanting more and more control.

The trick is to find regulators who have both a fingertip understanding of how markets work and are not parochial about markets.

In that context, RBI Governor Raghuram Rajan's efforts to induct a new chief operating officer and diversify the recruitment process at RBI reflect are good ideas that should be supported.

Of course, our regulatory situation needs even trickier management. On the one hand, there are areas - for example, public sector bank governance - that need substantial tightening; good thing the P J Nayak Committee Report provides such an excellent road map. Contrariwise, on the market side, we need considerable loosening - permitting smaller companies to use simple FX structured products, for instance.

Again, both the government and RBI are committed to a big push toward financial inclusion, which will require greater openness in increasing access to markets to a wider array of financial intermediaries.

Any way you slice it, there's interesting times ahead. 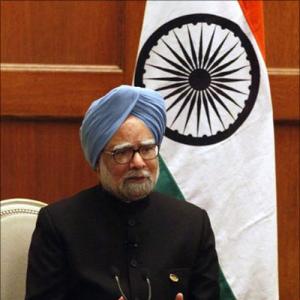