Neither pharma nor IT would have become the stars of the economy without the active but largely invisible hand of the Indian State, says Ajit Balakrishnan. 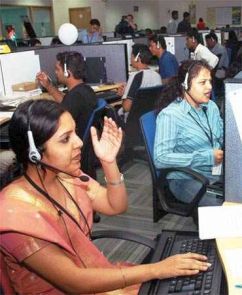 The current debate in India about how to trigger a quantum jump in industrial manufacturing activity and, thus, create large-scale employment is largely centred on ways to reduce the role of the State -- in allotting land, in environmental clearances, in firing workers and so on.

Yet the case studies of two industries that came from origins even smaller than where manufacturing is today and have become international success stories -- the Indian pharma industry and the Indian information technology services industry -- proves the opposite point.

Neither would have come to their current stellar role in the Indian economy without the active but largely invisible hand of the Indian State.

The Indian pharma industry has grown from minuscule revenues in the late 1960s to a world player with an annual revenue of $40 billion (of which $15 billion is in exports) and an activity base of 20,000 plus manufacturing units employing over 29 million people.

The case of the software services industry is even more striking; it employed just 8,500 people in 1990 and had a revenue of a mere $165 million (tiny Ireland had a $185-million software industry at that time).

The people directly employed in the industry are reported as exceeding two million, with another seven million employed indirectly.

Both these industries have also created multiplier effects in sectors such as housing construction, transport services and household goods, as young chemists and programmers set up homes, and bought cars and home appliances.

What was the magic?

Unfortunately, finding the key to these success stories is like that old tale of the blind men of "Hindoostan” who, when asked to describe an elephant, said that it was like a wall, snake, spear, tree, fan or rope, depending upon which part of the elephant each touched.

Proponents of the ‘market economy’ will say that the success of these two industries is an example of what energetic Indian entrepreneurs can achieve when the Government of India steps aside.

Reinforcing this view is India’s business press, which frequently features stories about software and pharma industry millionaires. Proponents of ‘globalisation’, such as New York Times columnist Thomas Friedman, in his book The World Is Flat, credit globalisation: increased world trade that spreads prosperity around the world.

Proponents of “privatisation” say that decades of public sector efforts in these industries (Electronics Corporation of India in the case of IT and Hindustan Antibiotics are often quoted as examples) came to nothing until the private sector was ‘allowed’ to participate.

To them, this is proof that the government needs to privatise many other industries as well.

And, of course, there are those that say that the State’s only role should be to provide zero income tax on export incomes, government-sponsored software parks and export zones.

But actual case studies of these two industries tell another story.

The rise of the Indian software services industry can be traced back to two mega projects sponsored by the Union government: the computerisation of public sector banks and Indian Railways.

These two projects, apart from providing an impetus to the start-up and growth of hundreds of software development companies, also had another dimension.

Far-sighted government policymakers like N Seshagiri of what was then called the department of electronics, the forerunner to the current ministry of IT, insisted that these applications be built using such technologies as the Unix operating system and relational database systems; the world was then getting ready for a paradigm change that would unleash an insatiable wave of demand for computer programmers well versed in these specific technologies as the world shifted from mainframe computers to client server computers.

Thanks to the banking and the railway projects, Indian companies had a ready stock of thousands of software programmers well versed in these new technologies, who could be immediately deployed on assignments abroad. 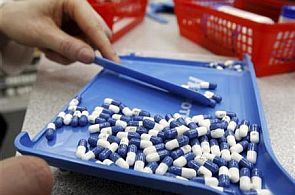 The rise of India’s pharmaceutical industry is based on similar visionary moves by the Indian State.

In 1970, the government introduced a new patents Act reforming the 1911 one, which excluded pharmaceuticals and agrochemical products from eligibility for patents.

Patents on molecules, which are products of chemical reactions or on mere admixtures and the like, were made non-patentable in India.

Only the method of making the product was patentable.

This resulted in the Indian pharmaceutical industry developing considerable expertise in reverse engineering of drugs that are patentable as products throughout the industrialised world but not in India.

You need to peer really hard to detect this kind of invisible hand of the State.

Mariana Mazzucato, professor of science and technology at the University of Sussex and the author of The Entrepreneurial State -- Debunking Public vs. Private Sector Myths, did just that and uncovered the role of the American State behind what is generally seen as the ultimate artifact of entrepreneurial vision, the Apple iPhone.

“What actually makes the iPhone a smartphone, instead of a stupid phone?” she asks in a recent TED talk.

And answers that it is the internet; the Global Positioning System, which detects your geographic location; the touchscreen display that makes it also a really easy-to-use phone.

She points out that “the very smart, revolutionary bits about the iPhone, are. . . all government-funded . . . the Internet was funded by the Defense Advanced Research Projects Agency of the United States.

"The GPS was funded by the [United States] military’s Navstar program . . . the touchscreen display was funded by two public grants by the Central Intelligence Agency and the US National Science Foundation”, and in the American pharmaceutical industry, “a full 75 per cent of the new molecular entities with priority rating are actually funded in boring, Kafkian [United States government] public sector labs”.

Ajit Balakrishnan, founder and chairman of Rediff.com, is the author of The Wave Rider, A Chronicle of the Information Age. Email: ajitb@rediffmail.com. 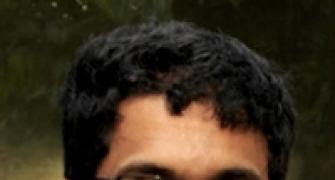 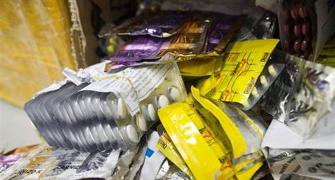 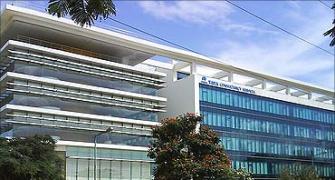 IMAGES: Top 20 IT companies in India 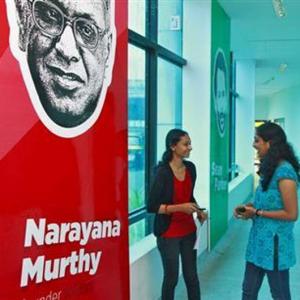 IT industry is largest creator of jobs: Murthy