News
Business
Movies
Sports
Cricket
Get Ahead
Money Tips
Shopping
Sign in  |  Create a Rediffmail account
Rediff.com  » Business » Development: Why some states are better placed than others 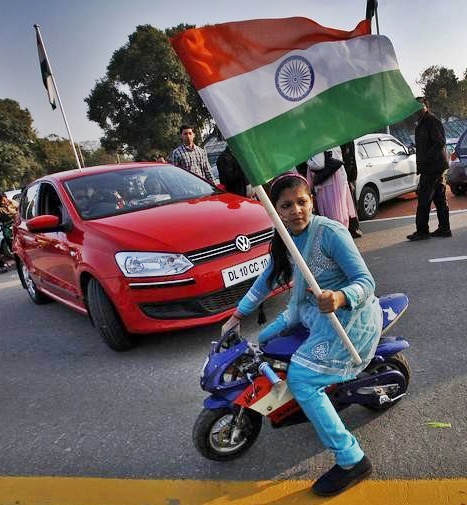 As states are at different levels of development, trends at the aggregate level tend to mask underlying differences.

At the aggregate level, states expect their own revenue to grow 16 per cent in 2016-17 but there is wide variation.

The newly formed state of Telangana expects its revenue to grow at a staggering 40 per cent in 2016-17.

Uttarakhand and Goa expect their tax revenues to grow at a robust 26 per cent and 25 per cent, respectively. On the other hand, Chhattisgarh has budgeted for a three per cent decline in its own revenues.

Others, such as Punjab and Odisha, have budgeted for a five and eight per cent increase in their revenues, respectively.

While much has been written about the sharp increase in devolution to the states after the 14th Finance Commission, many are more reliant on their own revenue.

Haryana, Maharashtra, Gujarat and Tamil Nadu have their own revenue accounting for roughly 73 per cent of their total revenue receipts.

The balance, 27 per cent, is transfers from the Centre.

By comparison, low income states like Bihar, West Bengal, Odisha, Jharkhand, Madhya Pradesh and Uttarakhand are more dependent on transfers from the Centre.

Bihar is the most dependent -- its own income accounts for only a fourth of its total revenue receipts.

Interestingly, with its own tax revenue budgeted to grow at a mere five per cent in FY17, the election-bound state of Punjab has budgeted for a 21 per cent increase in transfers from the Centre.

Odisha, which also expects lacklustre growth in own revenues, has budgeted for a mere 10 per cent increase in transfers from the Centre.

The newly-bifurcated state of Andhra Pradesh expects transfers from Centre to grow at 30 per cent. Presumably, a part of this would be for developing Amaravati, the new capital city.

On aggregate states have been channelling resources towards productive and developmental purposes, and are cutting back on non-developmental expenditure. However, there is wide variation in capital outlay across states.

Telangana has budgeted for the sharpest increase in capital outlay at 85 per cent, followed by Madhya Pradesh at 75 per cent, and Kerala at 54 per cent.

Haryana, Andhra Pradesh, Karnataka and Chhattisgarh have all budgeted for sharp increases in capital outlay, in the range of 21 to 36 per cent.

By comparison, the high-income state of Gujarat has budgeted for a mere 7.9 per cent increase in its capital outlay.

Budget documents of the state reveal that rather than spending on capital outlay, or increasing social sector expenditure substantially, the state has chosen to retire a part of its debt.

This will help it bring down the interest burden to under 15 per cent of revenues, the limit prescribed by the Finance Commission.

Uttar Pradesh, which spends the most on capital outlay in absolute terms, has actually budgeted to spend a lower amount on capex in 2016-17.

It seems that in the run-up to the state elections, the government has chosen to increase its revenue expenditure, slated to go up by 10.4 per cent.

Andhra Pradesh, Chhattisgarh, Kerala, Odisha and Telangana are projecting a higher deficit in 2016-17.

Odisha, Telangana and Madhya Pradesh have the highest fiscal deficit among the 12 state budgets studied.

However, given the added fiscal burden on account of UDAY bonds and the pay commission hikes, it is reasonable to assume most of these states are unlikely to stick to their budgeted deficit targets.