'The government must find worthwhile private owners for some of the banks, increase the share of private sector banking in the system, and then ask the remaining government banks to face the discipline of the market and compete, or shrink into irrelevance,' says T N Ninan. 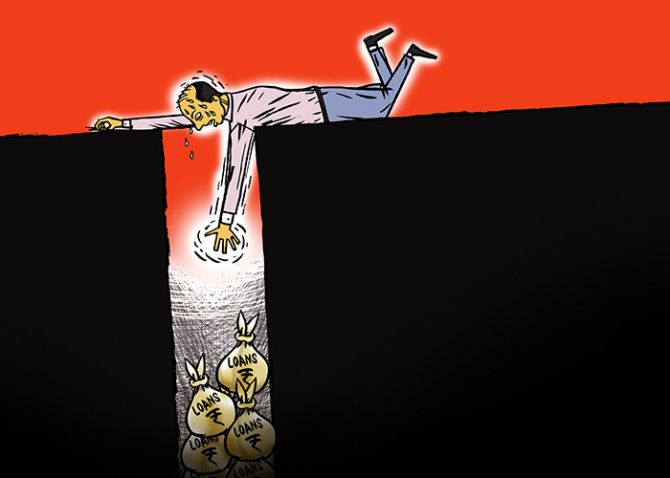 If you lend someone money, you run the risk of not getting it back. If you allow others to make financial commitments on your behalf, they might misuse their delegated authority.

Banks do both all the time. The core of their business, therefore, is to assess the risk they are taking, and either price it correctly (higher interest rates for riskier customers) or take a step back (don't give the loan).

They also deal with the second kind of risk (misuse of powers) by putting in systems, procedures, checks, limits, and safeguards.

Things will still go wrong, since risk is being minimised, not eliminated. And banks are helped in their task by the superstructure of detailed regulations, auditors, inspectors, credit rating agencies, bond market signals, equity analysts, and the rest.

Banks that find things going badly wrong in the face of all this have poor managements or poor systems, or both.

When things go badly wrong, repeatedly, it can't be business as before.

Government banks account for more than 70 per cent of the system, so you would expect them to account for the bulk of the problems in the sector.

The reality is that they have a vastly disproportionate share of the problems. Private and foreign banks also have their problems, but on a much smaller scale; in any case they don't draw on public resources to conduct their business.

The government banks don't seem to know how to lend money and to whom, or their ratio of bad loans relative to total lending would not be three times that of private banks.

With the latest evidence of the gross failure of systems and safeguards at Punjab National Bank, notions about what constitutes 'reform' must change.

The government's approach over the years has been to throw money at the problem and mandate reform directed from above. Somehow, the reform never happens or it does not make a difference.

Indradhanush, announced in 2015, was supposed to be an all-encompassing, seven-point reform plan. It included a Banks Board Bureau (anyone heard of it recently?), induction of managers from the private sector, and other such ideas.

But in barely two years, events have superseded what was proposed. Now we have a bigger plan involving much more money than before, and another set of bells and whistles for reform.

This time the package will work, it is said. One hopes it will. But someone defined lunacy as doing the same thing over and over, and expecting different results.

Meanwhile, as the scale of the problem has grown, so have the hand-outs.

In 2015, the Narendra D Modi government announced a further Rs 700 billion, of which more than Rs 500 billion has already been given.

Five months ago, the government announced a further Rs 1.35 trillion, to be handed out this and next year (yet more money would be raised from the market).

Over a decade, the banks will thus have taken Rs 2.65 trillion as additional capital from the government.

With more than half that money already paid, guess what the market value of these banks is today, leaving out the healthiest, which is State Bank of India?

This is value destruction on a colossal scale, and misdirection of public money, which could be better deployed elsewhere -- such as for health programmes.

Experience shows that market-based reform, like the new bankruptcy code, has a better chance of success than detailed bureaucratic stipulations for bankers.

The government must find worthwhile private owners for some of the banks, increase the share of private sector banking in the system, and then ask the remaining government banks to face the discipline of the market and compete, or shrink into irrelevance. 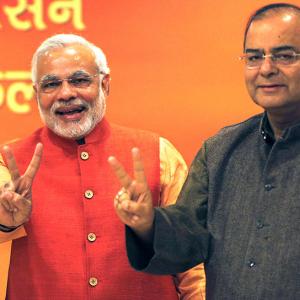