On a stairway to the sky
↑
Photographs: Rajesh Karkera/Rediff.com

Every time one feels one has seen a view to last a lifetime in the mind's eye, another one rolls along, leaving one stunned..

This Himalayan state serves up a feast of visual treats, by the kilometre, discovered Rediff.com's Rajesh Karkera on the second leg of his 1,800 km, 10-day Mahindra Adventures-organised road/offroad journey across Assam, Arunachal and Meghalaya.

Not your average daily drive at all :)

6:30 am: I was packed, ready for the journey ahead. Rested and charged too.

When I took my first peep out of the window that morning, the view took my breath away.

We were surrounded by soaring green mountains as far as the eye could see.

Down below the convoy was already lined up in the driveway outside the lobby. Exciting!

Breakfast, laid out on a balcony on the ground floor with a sumptuous view of the valley, was a rushed affair because we had to hit the road soon. We seemed to be surrounded by a vineyard of sorts. But it didn't seem to be grapes growing on the vines.

Rinchin Chomu, below, who handles the kitchen at the Norphel Retreat enlightened me. It was a kiwi plantation! She insisted I sample one. Breakfast: Tasty chole, puris, omlette, tea on the run...

Rinchin Chomu, right, and Tilek Ratan who handles the kitchen and run the front desk, respectively, at the Norphel Retreat

My roommate and co-driver Sid had already brought the car around. Bless his soul! Daily prayers. We were dot on time for the 7:30 start.

A lovely start it was too! As we departed, the enormous, elegant Norphel Retreat was gradually shrinking to nothing in our rearview mirrors, against the gargantuan mountains. It looked miniature in the sparkling sunlight. The power of Mother Nature.

From Dirang onwards the drive took on the avatar of a proper expedition.

The tarmacadam slowly disappeared. The roads too. All that was left was an uneven path ahead into clouds of dust. And winding uphill curves, which could be conquered easily with good driving.

Some drivers struggled to make the curves. They didn't accelerate in time, resulting in their cars stalling on the incline, holding up the cars behind, forcing them to suffer the same plight. We saw lots of tyres spin impotently in front of us ;)

The right technique had been explained to all by Mahindra Adventures' Raj Kapur at the beginning of the expedition: Look at the curve coming up ahead, change into a lower gear, keep the acceleration stable to prevent the engine from tiring and to save the clutch/brake pads from burning out.

The vanishing roads did feel like they were taking a toll on the suspension of the XUV500, but they are never-say-die, sturdy vehicles.

You felt bad every time the car lurched painfully into a hole. But no, she never gave up. These brawny roadies rule the highways. However offroading needs to be taken slowly by XUV500s, although we didn't have that luxury, being part of a convoy.

VIDEO: Road trip through the North-East : Sights and sounds from Dirang, Arunachal Pradesh, to Tawang. Videos by Milind Kale/Mahindra Adventures

Our next halt was in 65 km. For those of us who make long commutes every day to work, what is 65 km? So I thought.

But what a beautiful drive! Deep blue sky; a shade we never see in our cities. Felt like the sky of some other planet. And the dust did not detract from the pretty landscape.

When were a kilometre from Sela Pass (13,700 feet above sea level) prayer flags began to dot the edge of the road.

And suddenly we had roads again! Smooth tarmac. Should I be happy or not?! I wasn't really. I am sure our faithful Xuv500 was though :)

Convoy leader Vikram Kapur, who was driving a Thar, exhorted us throughout the expedition, over the car radio, to keep sipping water.

And because of the shortage of oxygen, at this altitude, to not overexert, or even think of running, when we stepped out of our vehicles.

At 10 am we made it to the gates of the Sela Pass!

And the glassy, perfect Sela Lake stretched out in front of us.

The surroundings were so calm. Rocky mountains towered above. The dazzling cerulean sky.

You had to pinch yourself to make sure you weren't in an IMAX picture hall -- views that left you speechless with wonder.

The temptation to take a quick jog up to the edge of the lake was huge, but Vikram's sober advice echoed in my head.

The only sound was the fluttering of prayer flags around the lake. The flapping interruped your reverie and brought you back to reality.

A monument salutes the 14 Border Roads Task Force, who call themselves Fikar Not Fourteen, who built this road, this stairway to the sky.

It pays homage to the men of the force, who died with their snow boots on while trying to connect Sela to other parts of India. Hat tip.

There was a small cafe at the gates of the pass. Far more cosy and atmospheric than our swish urban lounges. Time for snacks and tea.

They had trekked for 45 kms a few days ago in Kaziranga. Married for 38 years now. As far as possible, Mr and Mrs Adiga journey to new places on foot!

Getting back into the cars was a task -- to drag people away from all that natural beauty and get them on the road again. But soon we were all aboard and rolling.

Photographer Milind Kale, who had raced ahead to take good pictures of the convoy was missing.

Suddenly a figure, waving vigorously at the convoy, tripod in hand, was spotted in the distance.

Forgetting Vikram's warnings, he had tired himself running around taking pictures.

He was so exhausted he decided to lie down and nodded off, getting burnt walnut brown in the sharp direct sunlight that existed at this altitude.

Milind was soon bundled into one of the cars and we were off at 11.10 am.

After Sela what could there be more beautiful to see ahead?

Those uncharitable thoughts -- apologies Arunachalji; your beauty is astounding -- were firmly quashed at the 1.20 pm lunch halt.

We stopped at a fantastic waterfall named Jang Falls. Luck was smiling on us. We were greeted by a rainbow, that too in brilliant sunlight.

Lunch was beside the Jang Falls, which tumbled into a valley to become a stream that almost flowed past our lunch plates.

It was like we were inside one of those simplistic pictures of scenery we drew with our crayons when we were kids -- the obligatory mountains, the glowing sun peeking from behind the peaks and the river running out from centre of the peaks to the bottom of the page.

Truly a sight to behold!

Home-style, simple food you couldn't stop eating. The altitudes and weather, of course, ensured you had built up a massive appetite.

Some of us walked up to the waterfall and got drenched in the cold spray. Others relaxed in the lunch area on the balcony overlooking the waterfall. Or took a fun spin in the Thar (above).

Another spot that was hard to bid goodbye too!

Tawang had some beautiful little villages. Everyone came out of their homes to see our convoy pass. And wave. Lots of apple-cheeked happy children.

4 pm was a fuelling stop, 1 km short of Tawang, that took just 20 minutes this time at a more efficient pump.

4.30 pm and we rolled into the Tashi-Ga-Tsel Hotel, Tawang, just as the evening shadows fell on us.

By 5 pm, night had fallen. A relaxed evening around the bonfire, dancing to songs from our cell phones.

In the morning Tawang was wonderously cool and nippy. I just had to get out of the room and start walking... And opted to not take the 45 km drive to Sangetsar Lake some of the team had planned.

I had to explore Tawang. Feel its hug

A huge statue of Buddha dominated the small town. It felt just divine.

Tawang was sparkling with millions of prayer flags to welcome the 17th Karmapa, Ogyen Trinley Dorje, who was visiting the town the next day.

For Tawang residents, it was a dream come true -- to glimpse His Holiness.

After a market stroll with some of the team (Ashish, Ruban and Tapan), we headed to the largest monastery in Asia: The Tawang Monastery or Galden Namgey Lhatse, which means in Tibetan 'celestial paradise in a clear night'. Apt

As we entered the monastery we were greeted by children. Tenzing (who was running errands for his family) even posed with Ashish.

Tawang Monastery is a place of simplicity and happiness. Homes were basic, but picturesque. Piles of wood were stacked everywhere for the winters. Happy puppies played just outside the main prayer hall.

The monastery was its own self-contained peaceful town within a town. Monks were everywhere going about their daily chores.

You could sit in Tawang Monastery's main prayer hall for hours and not utter a single word, watching the ceremonial prayers (video above). No one is barred from entering this hall and absorbing a bit of its wonderful signature peace.

A two-storey museum, which is also part of the complex, related its history. It had a remarkable collection of antiques and priceless historical artifacts running back several hundred years.

Daily life at the monastery started at 4.30 am with morning prayers in the main hall.

The children at 8 am went to school which was also inside the monastery perimeter. It was a K-8 school.

After graduation from there students were sent for further studies to Buddhist schools and universities in either Varanasi, Dahua or Dharamsala, explained Khorbu, a lama who was making sweets of wheat and ghee for the welcoming ceremony for the 17th Karmapa.

"In Buddhist tradition, any household which has three sons, (sends) the middle one... to stay here in the monastery and learn our ways. But it's not just (for) us Buddhists.. Anyone can come and join us at the monastery," said Khorbu. "Not many do. But yes, outsiders too can join us."

It was not easy to leave that beautiful, tranquil, place. You would rather sit there for hours.

Modern life dictated that we were on a schedule, prisoners of time. Lunch was beckoning too. And hungry we were!

We ended up ordering far more than we could eat; eyes larger than stomachs. That didn't stop us from coming back to this restaurant for more later :)

Tawang has a very modern market. Its small department store had a whole range of imported stuff.

The daylight was slowly disappearing.

I was keen to capture a picture of the lights of the town from an uphill location, before the night fell upon us.

This is what I got. Can you see the Buddha benignly looking over the town?

And that's our trusty XUV500 w10 (Thank you Mahindra Adventures and Team XSO).

Next: A U-turn to Dirang and then onto to the flatlands of Kaziranga, a journey to uncover a completely different world. 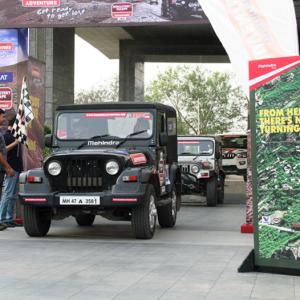 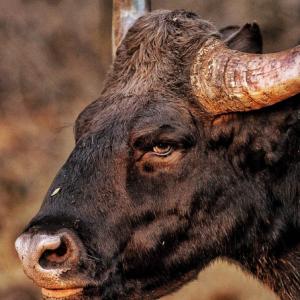 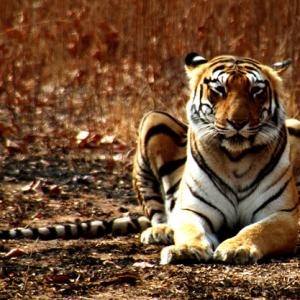 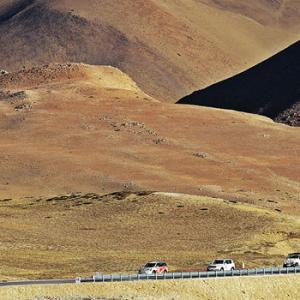