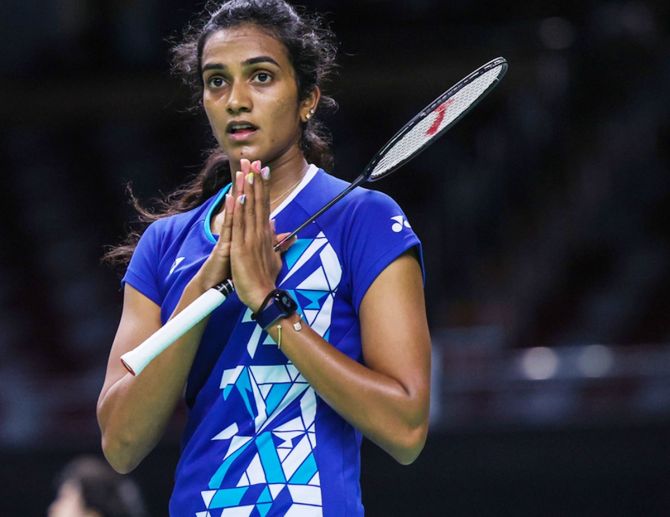 Double Olympic medallist P V Sindhu was vanquished by world number four An Seyoung yet again as the Indian women's badminton team suffered a demoralising 0-5 defeat against Korea in their final group D match of the Uber Cup Final in Bangkok, on Wednesday.

After two successive wins against Canada and USA, it was a reality check for the young Indian team as it could not take a single game from the Koreans during the five-match tie.

However, the defeat will not count much as India have already sealed a quarter-final berth after ensuring itself a top-two finish in the group after two victories.

For Sindhu, it was a disappointing outing as she succumbed to her straight fifth loss to An Seyoung, losing 15-21, 14-21 this time in a lopsided contest as India conceded an early 0-1 lead.

The combo of Shruti Mishra and Simran Singhi was no match to world number two pair of Lee Sohee and Shin Seungchan, going down 13-21, 12-21 in 39 minutes.

The Indian men's team will face Chinese Taipei in group C of Thomas Cup Final later in the day.