'The sacrifices of time away from the family, getting up in the morning and doing the same thing again and again while being away from the kids, it makes it all worth it' 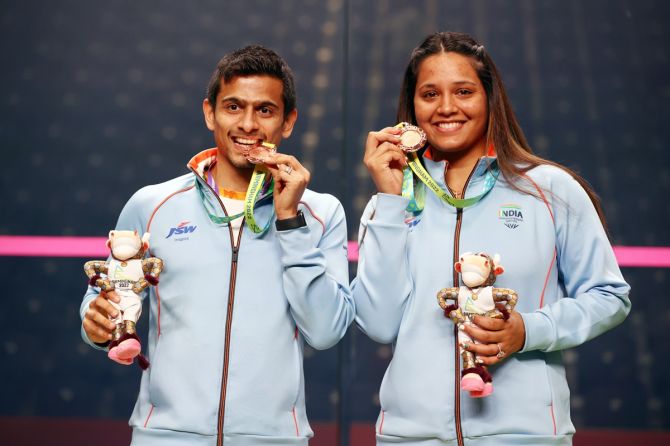 Star mixed doubles pair of Saurav Ghosal and Dipika Pallikal won the bronze to secure India's second medal in squash at the Commonwealth Games in Birmingham on Sunday.

In a repeat of last edition's final, Ghosal and Pallikal hardly broke a sweat as they prevailed 11-8, 11-4 over the Australian combine of Donna Lobban and Cameron Pilley in the bronze medal play-off.

The Indian duo, who had won the silver medal in the mixed team event in the 2018 Gold Coast edition, had gone down to Joelle King and Paul Coll in the semifinals.

"To win the gold medal would have been huge for India, so for us to come back today and produce the performance and play the way we did, is brilliant," Ghosal said after the win.

"It's something that I will always cherish and feel very proud of. It will go down as personally my best Commonwealth Games ever. It's something I can always look back on with fondness." 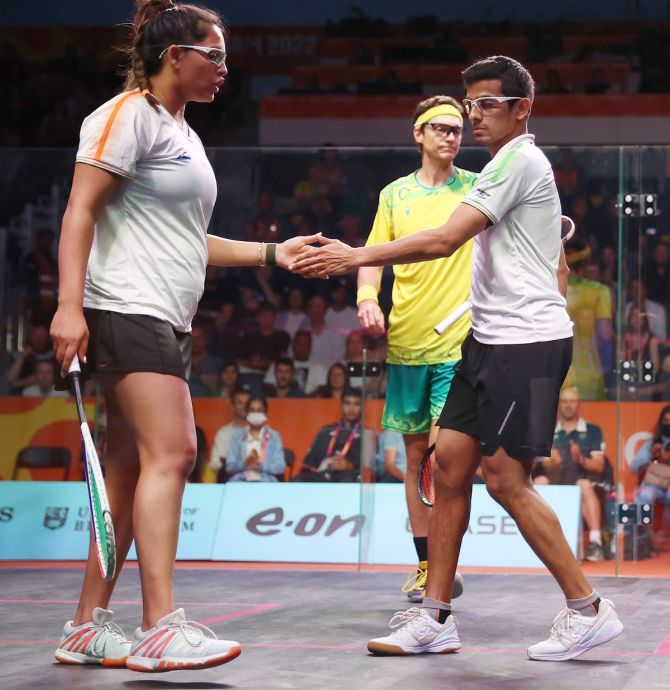 Dipika added: "It's always hard to back up after a very tough loss and it was very important to be mentally strong today. We had to try and put that behind us – we played really well and stuck to our game plan."

On returning to the game after giving birth to twins last October, Dipika said: "If you'd asked me two years back whether I wanted to get back on court, let alone win a medal, I would have definitely doubted myself."

"I'm just happy that the hard work I've put in on and off the court has helped to win us a medal."

"The sacrifices of time away from the family, getting up in the morning and doing the same thing again and again while being away from the kids, it makes it all worth it."

This is Ghosal's second medal at the Games, having won India's first ever medal -- a bronze -- in the men's singles event earlier this week.

"In both the singles and the mixed doubles I came to get the gold, but gold seems to be my nemesis at these Games," he said.

Asked whether he will play at the 2026 edition in Victoria, the 35-year-old from Kolkata said: "It's a long time away. Maybe, maybe not. If it's not, then this is a great swansong. If it is, I'll get one more go at achieving my dreams. But that's a decision to make in the next few years."