Players did not talk about COVID at French Open: Cornet

'At Roland Garros, yes, I think there have been a few cases and it's a tacit agreement between us. We are not going to self-test to get into trouble. Afterwards, I saw girls wearing masks, maybe because they knew and didn't want to pass on.' 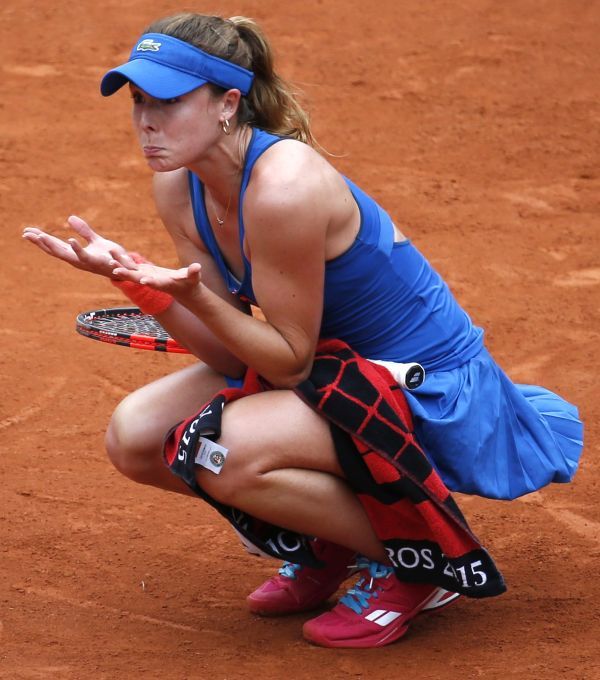 Players at this year's French Open contracted the COVID-19 virus but did not make it public and there was an understanding among them not to self-test despite having symptoms, French player Alize Cornet said at Wimbledon on Tuesday.

Italian eighth seed Matteo Berrettini, the runner-up at last year's Wimbledon, joined 2017 finalist Marin Cilic of Croatia on Tuesday to pull out of this year's Championships after testing positive for COVID-19.

Czech players Barbora Krejcikova and Marie Bouzkova withdrew from the French Open after contracting the virus.

"At some point... we all might have had the flu," former world number 11 Cornet told reporters at Wimbledon, according to French daily L'Equipe.

"At Roland Garros, yes, I think there have been a few cases and it's a tacit agreement between us. We are not going to self-test to get into trouble. Afterwards, I saw girls wearing masks, maybe because they knew and didn't want to pass on."

Wimbledon organisers the All England Club (AELTC) have not put COVID-19 restrictions in place this year and vaccination and testing is not mandatory for players to participate.

Cornet, who defeated 27th seed Yulia Putintseva 6-3, 7-6 (5) on Tuesday in her record-equalling 62nd consecutive appearance in a Grand Slam main draw, feared the health regulations might change following the Berrettini and Cilic cases.

"We paid the price, we were in a bubble for a year and a half, we all got vaccinated, it's good," the 32-year-old said.

American Coco Gauff, 18, said she was comfortable with the responsibility of testing being on the players at the grasscourt Grand Slam.

"I think for the most part I feel like it's okay that players are doing it themselves," she said.

"That's, like, the regulations in the government now, if you feel symptoms, test.

"That's what I would do if I felt any COVID symptoms, I would test. I think it's also good that we don't have to test every day or every other day. I don't want to go back to that. Not being scared to be tested, but it's also, like, a hassle," Gauff added.

"I think with the vaccines and everything, we kind of know that the viral load is low and it's very hard to transfer if you're a vaccinated individual. I would encourage everybody if you're feeling symptoms to test."