Those Who Could Not Be Rashtrapati 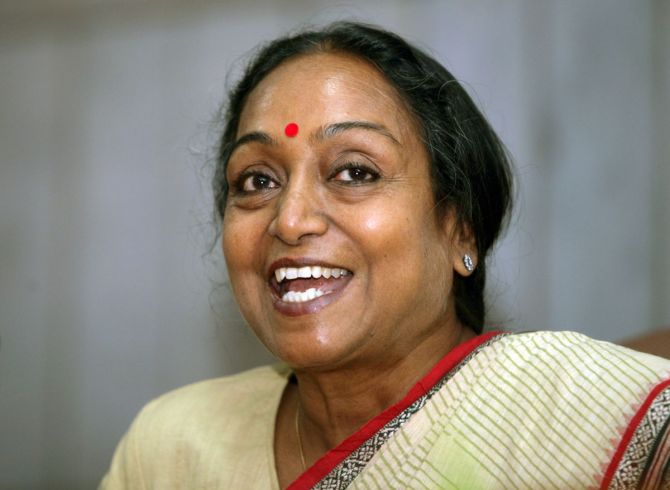 India's Presidential election has seen an interesting and wide array of contestants since the first President was elected in 1952.

Neelam Sanjeeva Reddy, the sixth President, lost to V V Giri in 1969, but won the Presidency in 1977.

President Reddy was the only candidate to be elected unopposed to the Presidency.

His opponent could have been Rukmini Devi Arundale, founder of the Kalakshetra school of dance in Chennai, the first woman nominated to the Rajya Sabha and a crusader instrumental in drafting the Prevention of Cruelty to Animals Act.

She was offered the Presidency by then prime minister Morarji Desai, but she declined.

Unsuccessful women candidates in the race were Colonel Lakshmi Sahgal and the first woman Speaker of the Lok Sabha, Meira Kumar.

Colonel Dr Sahgal, who was part of Subhas Chandra Bose's Indian National Army, was the candidate of the combined Left parties against Dr A P J Abdul Kalam in the 2002 Presidential election.

Commander of the Rani of Jhansi Regiment, the Indian National Army's women's corps, she was arrested by the British in 1945 in Burma.

This remarkable woman devoted her life to spreading peace and saw patients at her clinic in Kanpur well into her 90s.

Purno Aitok Sangma and George Gilbert Swell were the two candidates from Meghalaya in the Presidential fray.

Sangma, former Lok Sabha Speaker and chief minister of Meghalaya, was the NDA candidate against Pranab Mukherjee in 2012.

As Speaker of a deeply fragmented House (1996-1998), Sangma drew praise for his able conduct of the Lok Sabha.

A nine-time MP, he was expelled from the Congress for opposing Sonia Gandhi and was one of the founding members of the Nationalist Congress Party. He was subsequently expelled from the NCP for refusing to quit the 2012 Presidential race.

Swell was a former professor who championed the cause of the separate state of Meghalaya and also served as India's ambassador to Norway and Burma. 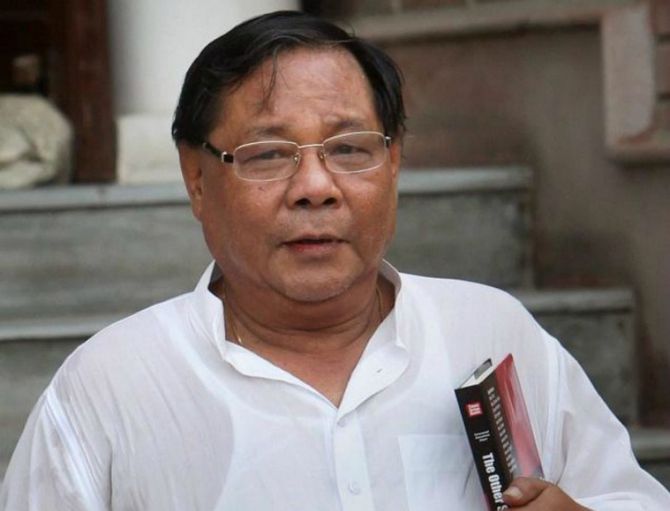 V R Krishna Iyer, the pioneering Supreme Court justice who remains a legend in jurisprudence, was the Opposition candidate against Ramaswamy Venkataraman in 1987.

He delivered over 400 judgments during his tenure on the Supreme Court bench, among which was his stay on the Allahabad high court verdict declaring Indira Gandhi's 1971 Lok Sabha election void.

Justice Hans Raj Khanna, a towering symbol of judicial independence as the sole dissenting judge in the famous Habeas Corpus (external link) case during the Emergency, was the candidate against the Congress's Giani Zail Singh in 1982.

His dissenting judgment cost him the Chief Justiceship of India. He resigned from the Supreme Court and served as law minister for three days in Charan Singh's government.

Supreme Court Chief Justice Koka Suba Rao was the first judge to contest a Presidential election, but lost to Dr Zakir Husain in 1967.

K T Shah, a member of the Constituent Assembly, contested the first Presidential election against Dr Rajendra Prasad. An alumnus of the London School of Economics, Mr Shah passed away in 1953. IMAGE: Former chief election commissioner T N Seshan at a news conference in New Delhi on April 25, 1997, when he announced his decision to run for President against K R Narayanan. Photograph: Kamal Kishore/Reuters

Sir Chintaman Dwarkanath Deshmukh, a member of the Indian Civil Service (the predecessor of the IAS), was the first Indian governor of the Reserve Bank of India. He was also finance minister between 1950 and 1956.

As the joint Jan Sangh (the predecessor of the BJP) and Swatantra Party candidate, Deshmukh contested the 1969 Presidential election, coming in third behind V V Giri and Neelam Sanjeeva Reddy.

T N Seshan served a long career as an IAS officer, but was best known for the far-ranging reforms he brought in as Chief Election Commissioner.

The election voter's card was introduced under his tenure and the model code of conduct was strictly enforced under his missionary zeal.

Seshan contested the 1997 Presidential election opposite K R Narayanan, a retired IFS officer and then the incumbent vice president, but lost.

The candidate who tried four times:

Chaudhury Hari Ram from Rohtak contested against Dr Rajendra Prasad twice. He went on to try his luck again in 1962 against Dr Sarvepalli Radhakrishnan and in 1967 against Dr Zakir Husain.