What Will Putin Do Next, She Wonders 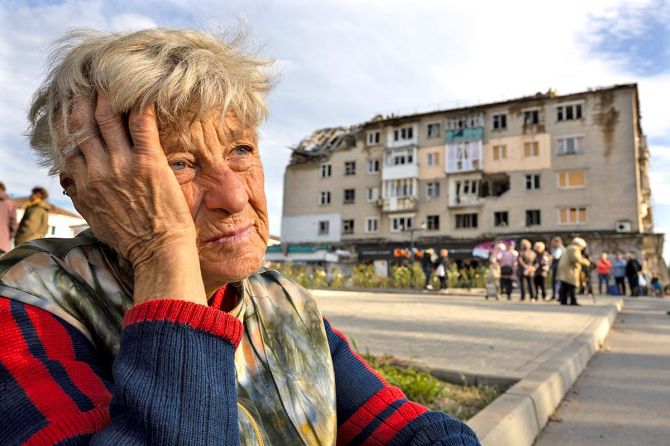 IMAGE: Galina Ivanenko, 77, sits in the central square in Izium. She never left the city because she was taking care of handicapped family members.
Izium was occupied by Russians since April 1, causing major destruction and death to the small city.
In recent weeks, Ukrainian forces reclaimed villages east and south of Kharkiv, as Russian forces have withdrawn from areas they occupied since early in the war. Photograph: Paula Bronstein /Getty Images IMAGE: Oleg Belik, 55, walks by a destroyed hospital after getting medical care for his foot. Photograph: Paula Bronstein /Getty Images IMAGE: A volunteer distributes food to residents in the town of Izium, recently liberated by Ukrainian forces. Photograph: Umit Bektas/Reuters IMAGE: A man walks through the ruins of a building destroyed by recent shelling in the city of Kadiivka in the Luhansk region. Photograph: Alexander Ermochenko/Reuters IMAGE: Locals ride past an exploded missile on the main road in the town of Balakliia. Photograph: Umit Bektas/Reuters IMAGE: A man stomps on a Russian flag in the town of Kupiansk. Photograph: Ukrainian Presidential Press Service/Handout/Reuters 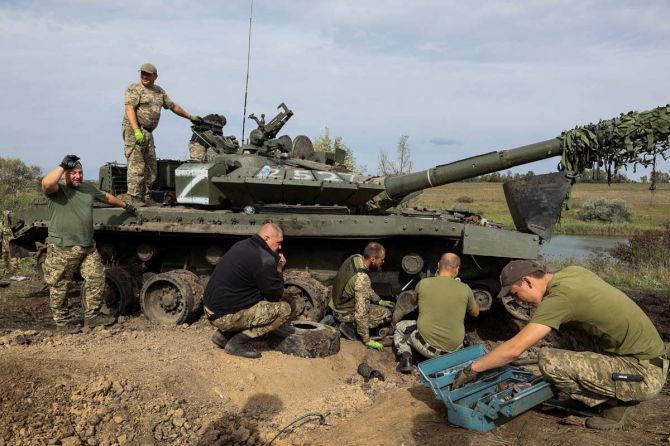 IMAGE: Ukrainian soldiers repair a Russian tank captured during a counteroffensive operation near the Russian border in the Kharkiv region. Photograph: Sofiia Gatilova/Reuters 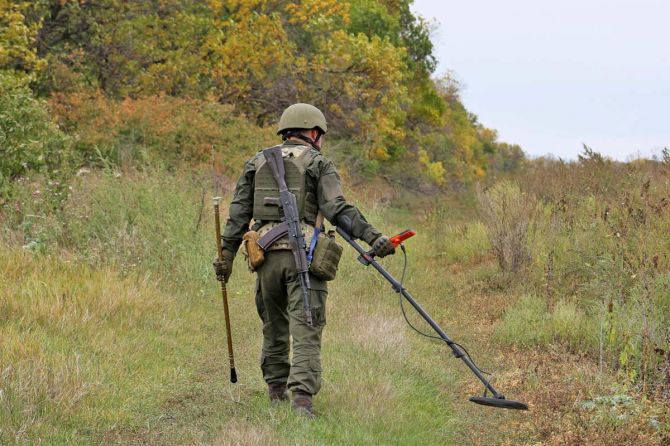 IMAGE: A member of the Ukrainian National Guard uses a metal detector to checking an area recently liberated from the Russians. Photograph: Sofiia Gatilova/Reuters