Maharashtra Chief Minister Eknath Shinde on Wednesday welcomed the Union government's decision to ban the Popular Front of India, which has allegedly been involved in a series of violence, and said it has come to light that the organisation was planning "something serious" in the state. 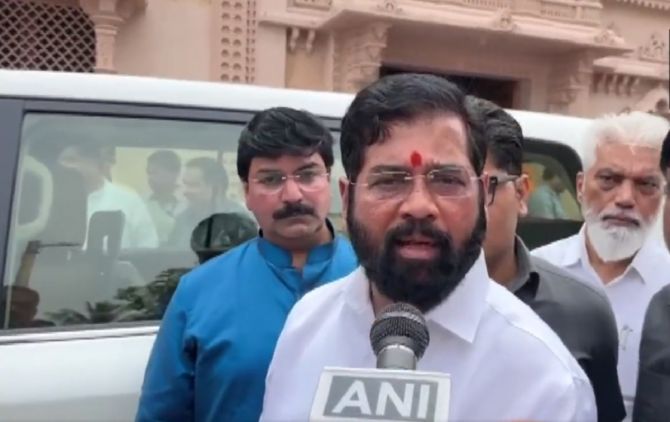 The organisation members had also tried to disturb peace in Pune, but swift police action foiled their bid, Shinde told reporters in Nashik and thanked Union Home Minister Amit Shah for the step to ban PFI and its several associates for five years.

"The PFI and its allied organisations were found to be involved in serious crimes. The organisation recently became active in terror funding, murders, insulting the Constitution, disturbing the social harmony and unity of the country. It has also surfaced that the organisation was planning something serious in Maharashtra as well," the CM said.

"The plans of anti-social elements to undertake anti-national activities and divide the society will never succeed,” he added.

More than 150 people allegedly linked to the PFI were detained or arrested in raids across seven states on Tuesday, five days after a similar pan-India crackdown against the 16-year-old group had led to the arrest of more than a hundred of its activities and seizure of several dozen properties.