A 22-year-old gunman killed three people and injured a similar number of people in a shooting incident at a shopping mall in Denmark's capital, Copenhagen. 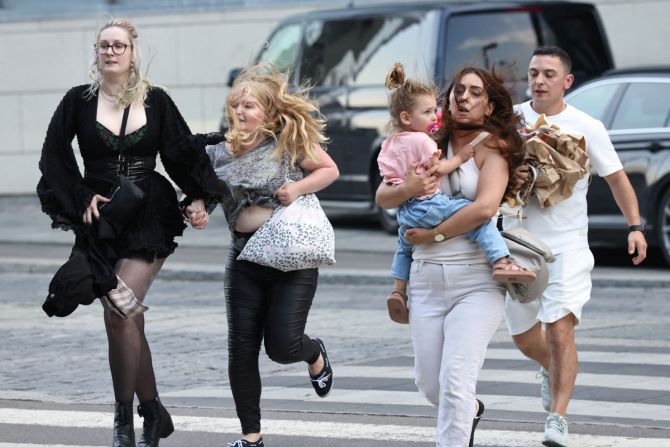 On Sunday, the shooting took place at multiple locations inside the Field, a shopping centre in the Danish capital.

According to the publication referring to an eyewitness Joachim Olsen, a former Danish politician and athlete, he was on his way to a gym inside Field's when he saw large groups of people exiting the mall.

"It looked like something, I'm sorry to say, like something you would see from a school shooting in the US, people coming out with their hands above their heads," Olsen said.

"You have people running out, looking for friends and calling friends and family members who were inside, some speaking to friends who were inside," he said. "Old people with their arms around the necks of people carrying them out, their feet just being dragged across the floor," he added.

A spokesman for Rigshospitalet, Denmark's largest hospital said they had taken in several victims from the incident, and also had called extra staff to deal with the emergency case, according to CNN.

Danish Prime Minister expressed his grief and sent sympathy to the wounded, their relatives and the bereaved as well as to those who were close to these incidents.

"We have all been brutally ripped from the bright summer that had just begun. It is incomprehensible. Heartbreaking. Meaningless. Our beautiful and usually so safe capital was changed in a split second," Frederiksen said.

In a statement, Denmark's Royal House said, "Our thoughts and deepest sympathy are with the victims, their relatives and all those affected by the tragedy."

Earlier, Copenhagen Mayor Sophie H. Andersen called the incident a "terrible report" and said that she doesn't know how many people are injured or dead.

"Terrible reports of shooting in Fields. We do not yet know for sure how many were injured or dead, but it is very serious," Andersen said in a tweet.

"The emergency preparedness in @Koebenhavner has been called. We are ready to help if @KobenhavnPoliti demands it. We are in close contact," she added.

Another Danish politician, lars Gaardhoj informed that the hospitals in the capital region Hovedstaden are on standby in connection with the serious situation in Fields.

"The hospitals in @RegionH are on standby in connection with the serious situation in Fields. Help us by contacting only @akutberedskabet if you think it can not wait," he tweeted.