Protests broke out in several parts of Karnataka on Wednesday following the arrest of senior Congress leader D K Shivakumar by the Enforcement Directorate in New Delhi in connection with a money laundering case. 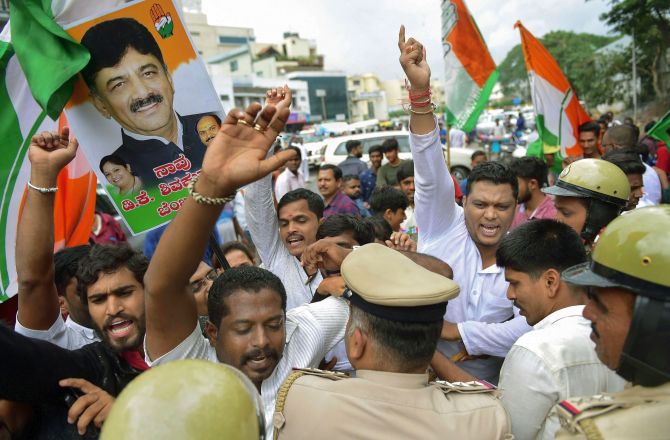 Demonstrations and attempts to block roads by burning tires were reported from Ramanagara, Chennapattana and few neighbouring towns, where a bandh has been called by Shivakumar's supporters.

As a precautionary measure the district administration has declared holiday to schools and colleges on Wednesday. 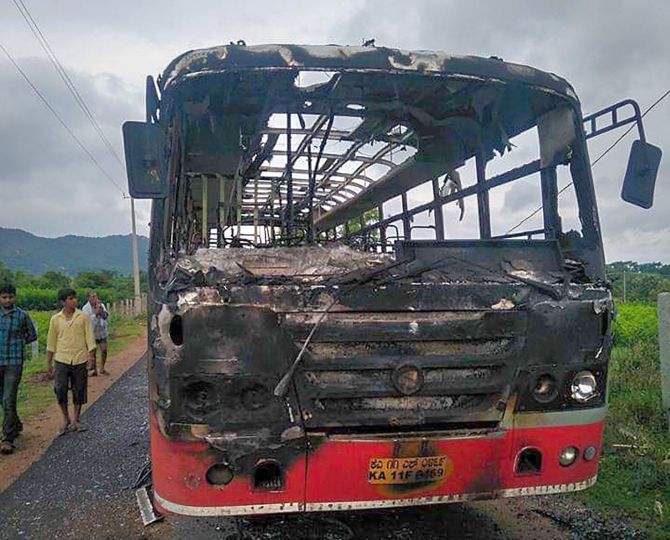 Incidents of stone pelting on government buses was reported at Kanakapura on Tuesday night following the Congress leader's arrest.

Shivakumar, the Congress troubleshooter from the state was arrested under the provisions of the Prevention of Money Laundering Act after he had appeared before the Enforcement Directorate for questioning for the fourth time on Tuesday at its headquarters in Delhi. 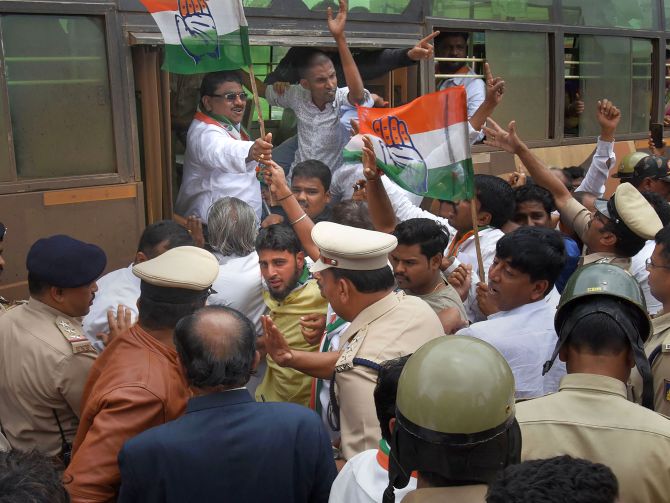 The arrest of Shivakumar by the ED has drawn condemnation from opposition leaders in the state with former chief ministers Siddaramaiah and H D Kumaraswamy accusing the Bharatiya Janata Party of using central agencies to "oppress voices of dissent".

On his part, Chief Minister B S Yediyurappa has said law will take its own course and that he would be more happy than everyone if the former minister comes clear of the
charges. 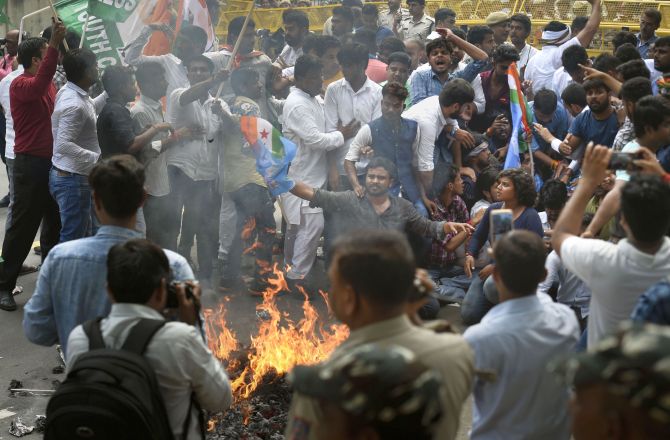 IMAGE: Congress supporters protesting against the arrest of party leader DK Shivakumar being detained by police personnel, in Hubballi. Photograph: PTI Photo
© Copyright 2020 PTI. All rights reserved. Republication or redistribution of PTI content, including by framing or similar means, is expressly prohibited without the prior written consent.