A major fire swept through the parking area of the Aero India event at the Yelahanka Air Force station in Bengaluru gutting about 300 cars on Saturday, the penultimate day of Asia’s premier air show, official sources said. 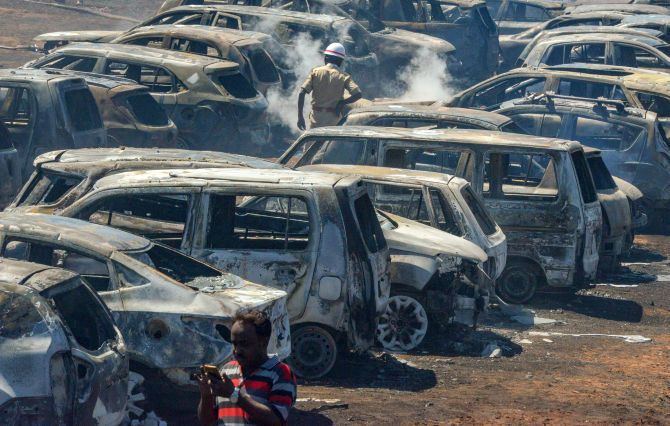 No casualties were reported in the blaze suspected to have been caused by dry grass fire aided by heavy winds, the sources said, adding the parking area was “far away” from the air force station.

The 12th edition of the five-day air show went on unaffected by the fire incident, which came three days after two jets of Indian Air Force’s aerobatic team Surya Kiran crashed, killing a pilot on the opening day of the event. 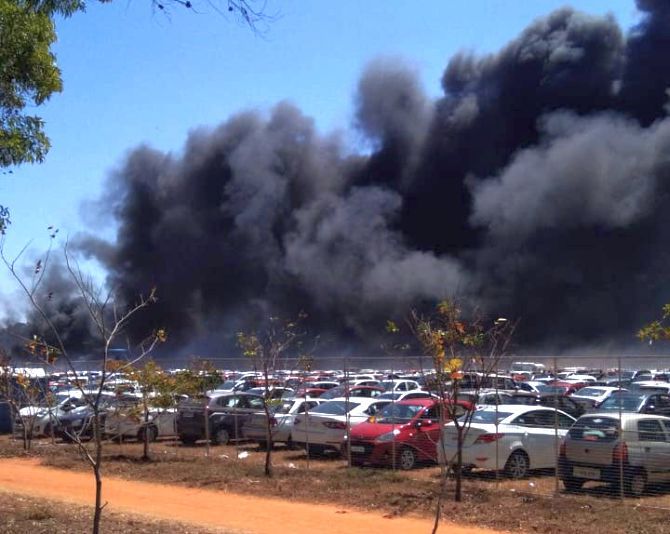 The scheduled morning aerobatic display was over before the fire broke out around noon while the afternoon programme was unhindered, Defence Public Relations Officer H L Guruprasad said.

The events slated for Sunday, the final day, would go ahead as planned, he said.

A blanket of thick black smoke engulfed the area causing panic among locals and visitors to the Aero India event. 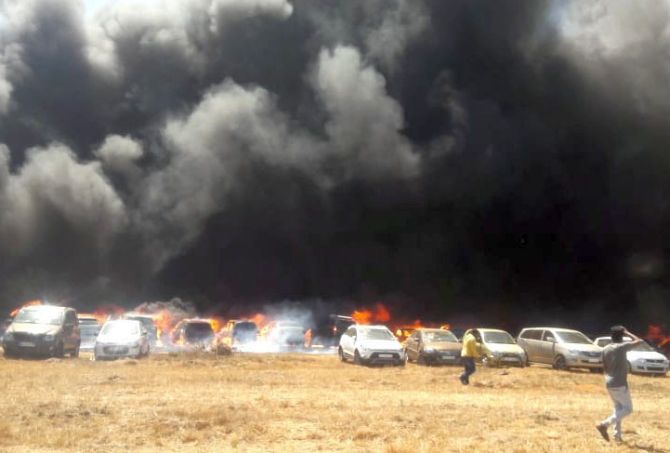 Aero India, that was limited to officials, businesses and foreign delegations, media and restricted invitees for the past three days, was thrown open to public on Saturday.

“#AeroShowOpenParkingAreaFire In all, 300 cars burnt in the fire incident. Fire fully extinguished now. 10 FireForce and 5 other fire engines fought the fire under the leadership of Chief Fire Officer, West,” Director General of Police Fire Services M N Reddi said in a tweet.

“No injuries or any harm to people reported. Likely cause: dry grass fire aided by heavy winds,” he said.

A Court of Inquiry has been ordered to investigate the cause of the fire, a Press Information Bureau (Defence Wing) release said.

The “unfortunate incident” happened around 11:55 am, it said.

“IAF immediately launched one helicopter for aerial assessment, the helicopter assisted by providing effective directions to fight the fire. The fire was brought under control by deploying more than 12 fire fighting vehicles,” the release said.

It said the Air Show and Aero India venues were unaffected. 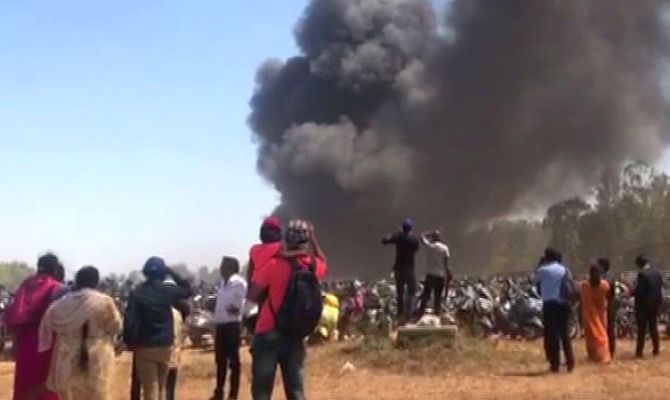 Confirming that there were no casualties in the fire incident, Karnataka Chief Minister H D Kumaraswamy urged people to not panic and said he has directed officials to take necessary steps.

“No need to panic with regards to fire incident during the Aero India show. There is no loss of life. There are reports about vehicles getting burnt,” he said in a tweet in Kannada.

Eyewitnesses said they heard repeated blasts as the fire spread. Car owners rushed to the spot after they received information about the incident.