While their father is on the run from and the law after breaking out of prison, the kids are online boasting about their lavish lifestyle replete with supercars cars, diamond-encrusted guns, and pet wild cats.

With an estimated wealth of around $3billion, notorious drug lord Joaquin ‘El Chapo’ Guzmandrug is one of the world's richest - and most wanted - men after his dramatic escape from New Mexico's Altiplano prison.

El Chapo's eldest son Ivan Archivaldo Guzman took to social media after his father’s escape taunting the Mexican authorities. Ivan, who was managing his father's Twitter account when he was in jail, is said to have dropped a number of hints about his audacious escape plan as he told his 180,000 followers: 'Everything comes for he who is patient.'

These images from Twitter give an insight into the flamboyant, violent lives of El Chapo's children. 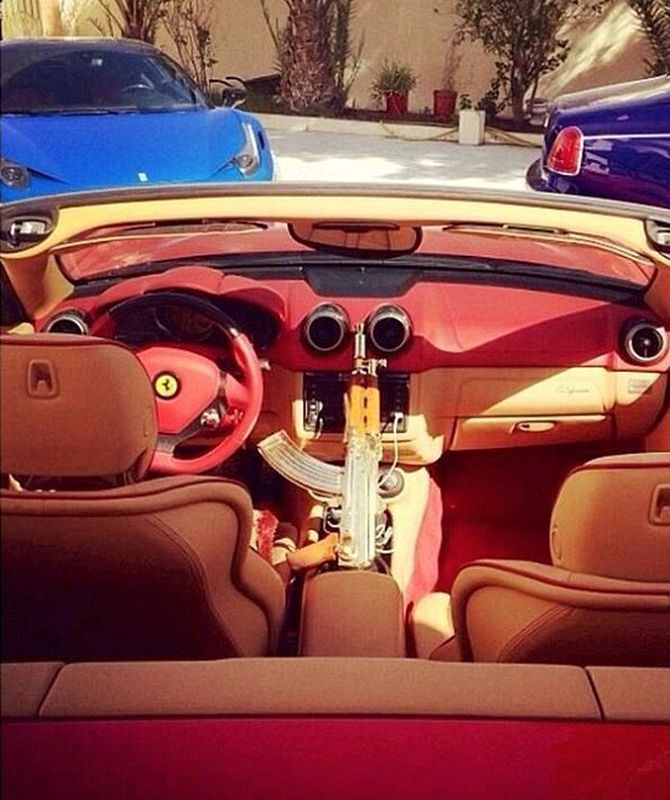 El Chapo's oldest son Ivan Archivaldo Guzman has an AK-47 rifle resting on the gear box of a red Ferrari. 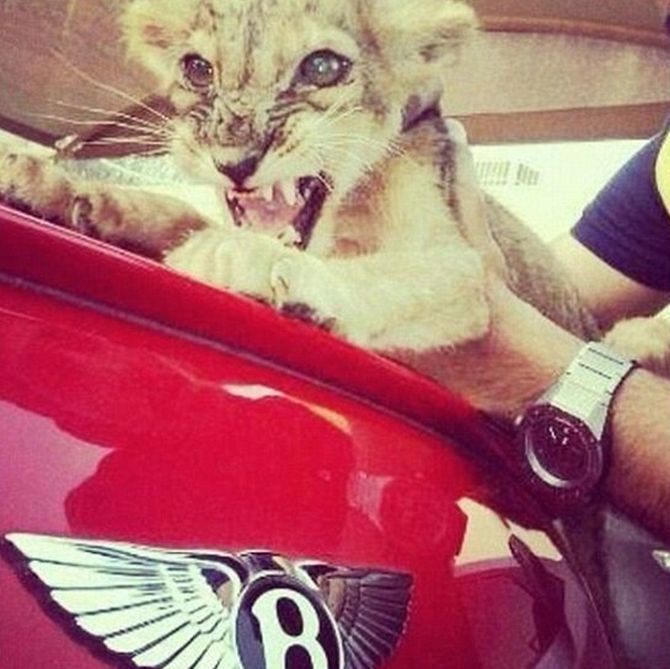 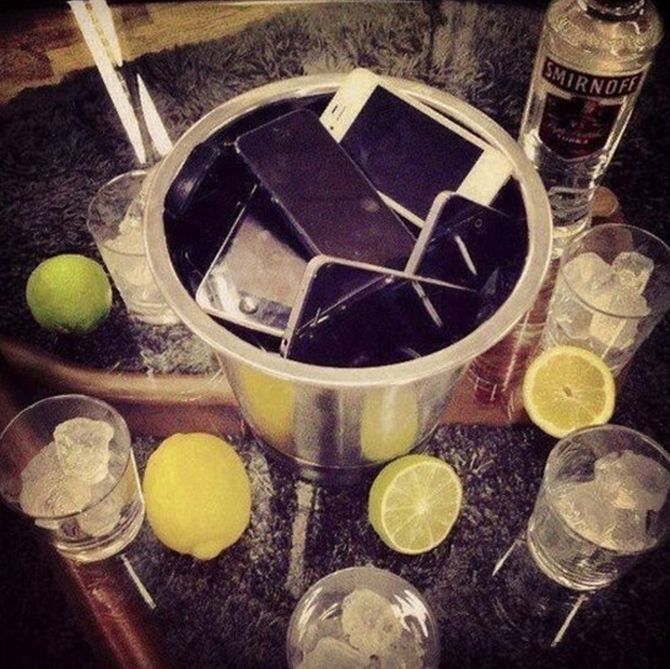 Alfredo tweets a picture of a bucket of iPhones, surrounded by glasses of vodka. 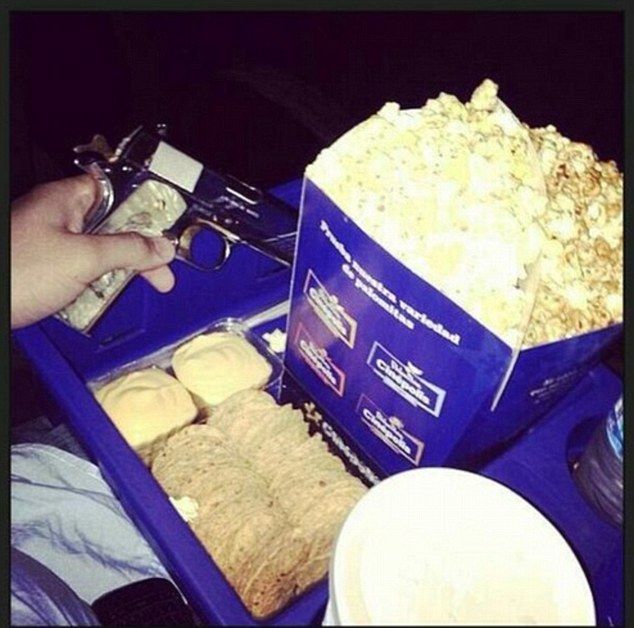 'I've got my toy with me in case anyone wants to make things exciting' writes Jesus Alfredo, who works for his father and is part of the armed faction of the cartel. 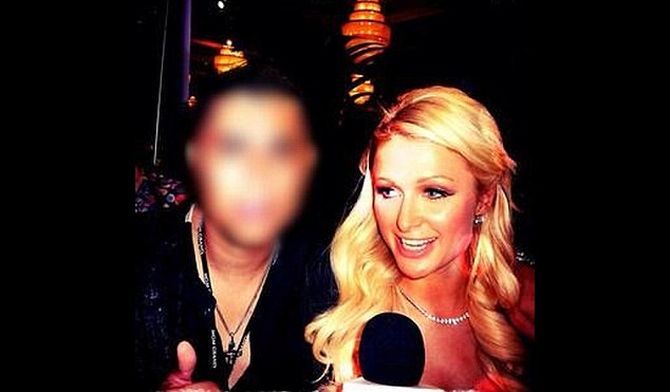 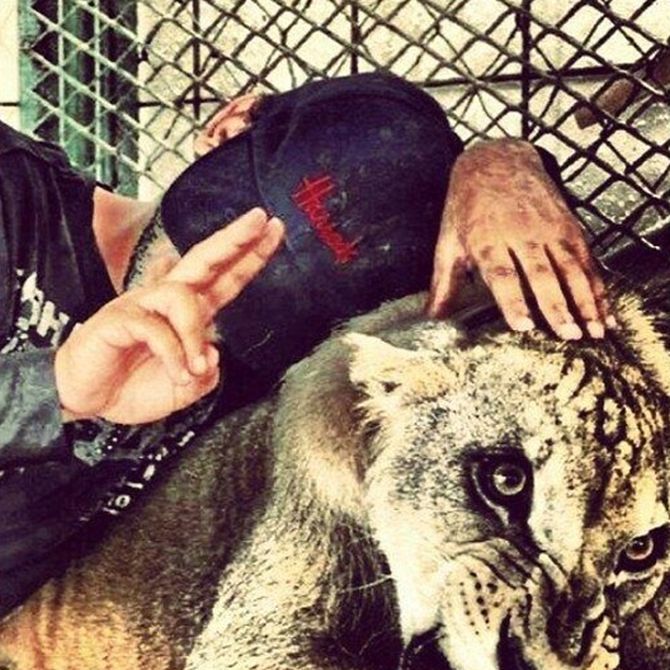 Alfredo Guzman sports a cap from Harrods while posing with a mountain lion. 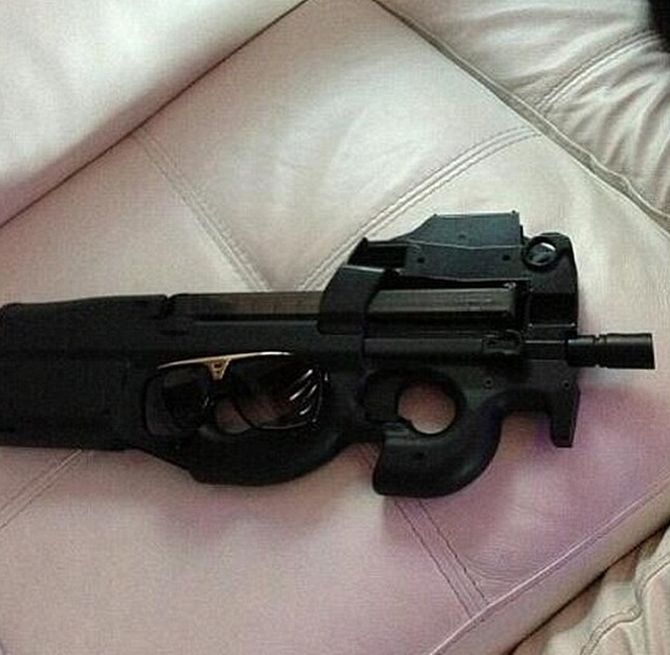 Joaquin shares a picture of his weapon with a caption that says: 'Since I was a kid I'm crazy about guns. 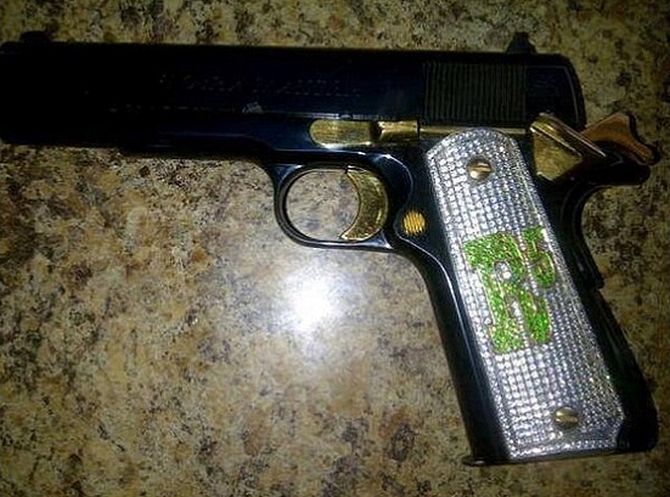 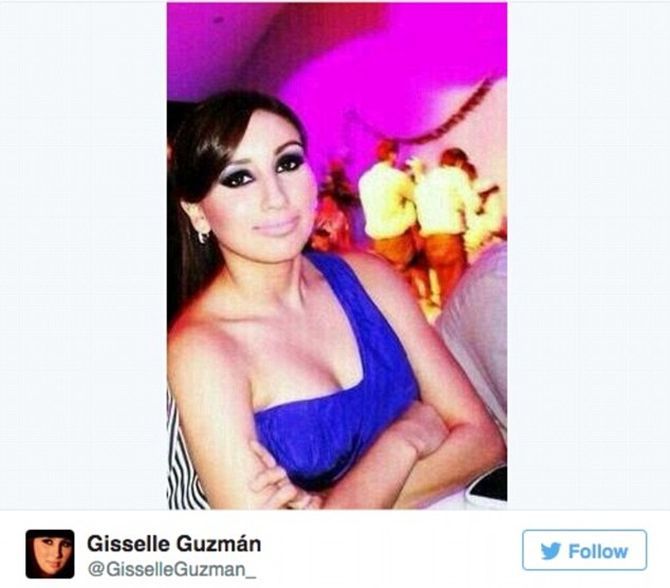 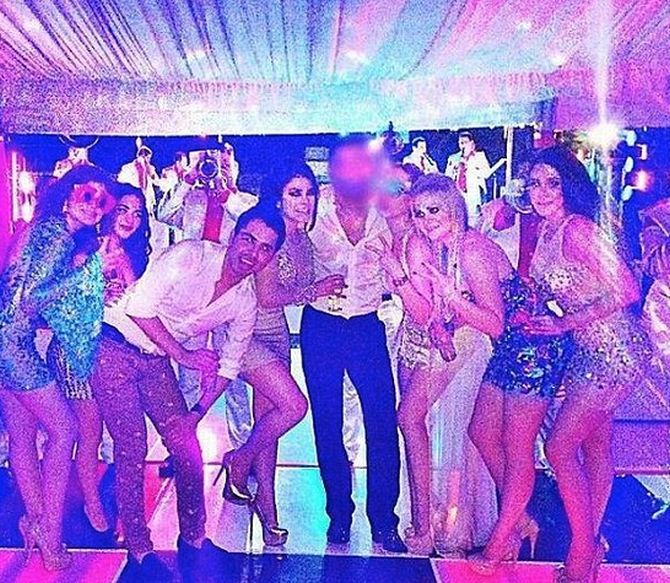 Joaquin Guzman, who blurred his own face out of this picture, at a party