Amid a euphoric atmosphere, the much-anticipated 'Howdy, Modi!' mega-event commenced with chants of 'Modi, Modi'.

The 90-minute music, dance, and multimedia show featured close to 400 artists and community members from Texas and across the United States.

The mega event began with a rendition of Gurbani -- hymns of Sikh scriptures -- on Sunday at Houston's NRG stadium.

Kirtan singers of the Guru Nanak Society of Greater Cincinnati at the Howdy Modi event. They left everyone in the stadium spell bound with their soulful voices. Photograph: ANI/Twitter 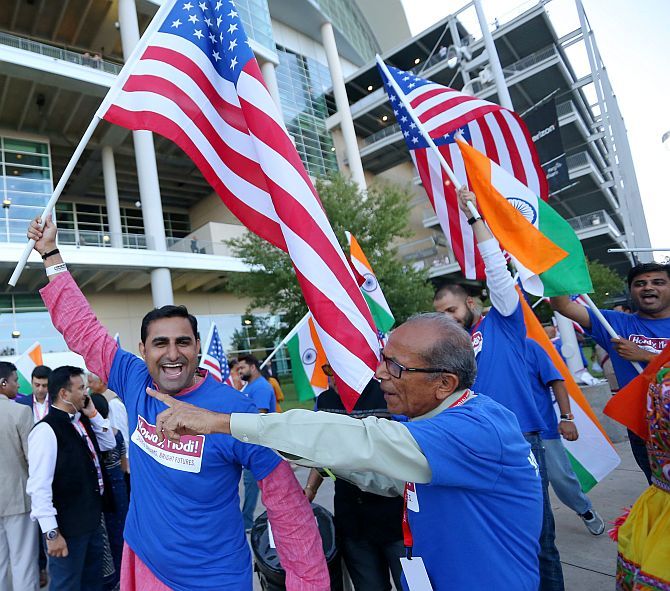 People celebrate before the "Howdy, Modi" event at the NRG Stadium in Houston, Texas, US. Photograph: Jonathan Bachman/Reuters 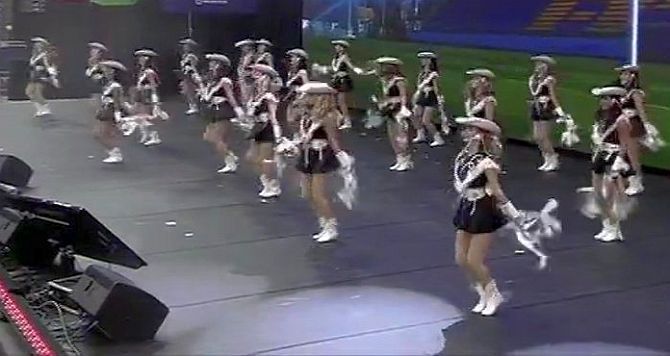 Different dancers perform during the cultural part of the Modi event. Photograph: ANI/Twitter 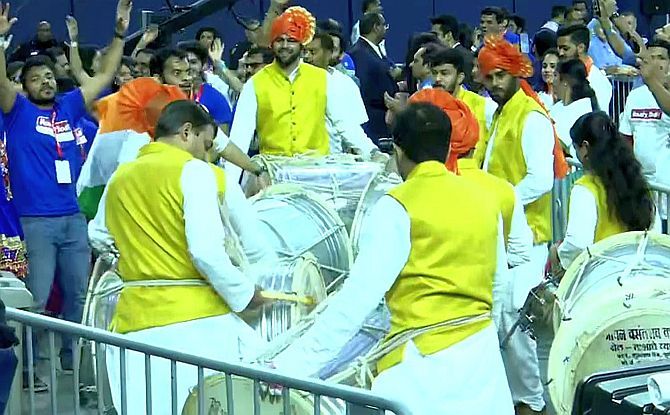 Dhols are played inside the NRG stadium to welcome PM Modi for the Howdy Modi event. Photograph: ANI Photo 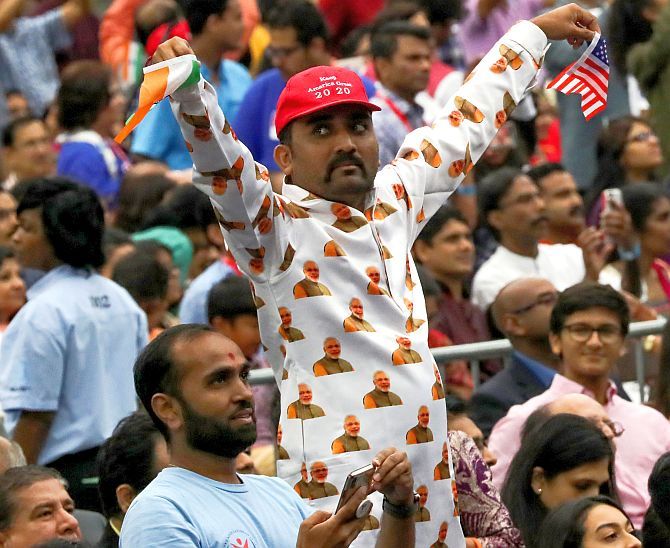 This man wears his love for Modi on his sleeve, or should we say all over? A Modi supporter cheers as he attends the Howdy Modi event at NRG Stadium. Photograph: Jonathan Ernst/Reuters 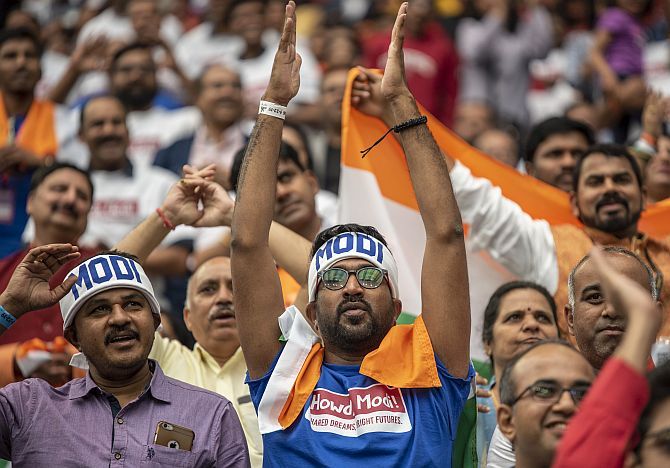 A woman holds up a photo of Prime Minister Nerenda Modi outside the NRG Stadium ahead of his appearance in Houston, Texas. Photograph: Sergio Flores/Getty Images
Source: ANI