After Ajit Pawar joined hands with the Bharatiya Janata Party to form a government in Maharashtra, NCP chief Sharad Pawar's daughter Supriya Sule on Saturday confirmed that the party has split. 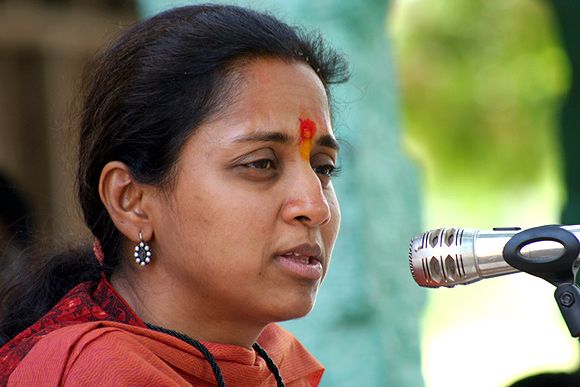 Sule put up a story on Whatsapp which states that "party and family split". Her office has also confirmed the same.

In another Whatsapp update, she added, "Who do you trust in life. Never felt so cheated in life. Defended him, loved him. Look what I get in return."

When the media caught up with her, she declined to speak, saying, "I will speak after the official joint press conference of the three parties."

The development can only be termed as a big jolt to the efforts taken by Congress, Shiv Sena and NCP to forge an alliance to form government in Maharashtra.