In principle nod for 10% quota for Agniveers in central forces: Govt in RS

The government has given "in-principle approval" for 10 per cent reservation in the Central Armed Police Forces like the Central Reserve Police Force and Border Security Force for 'Agniveers' after their service in the military, the Rajya Sabha was informed on Wednesday. 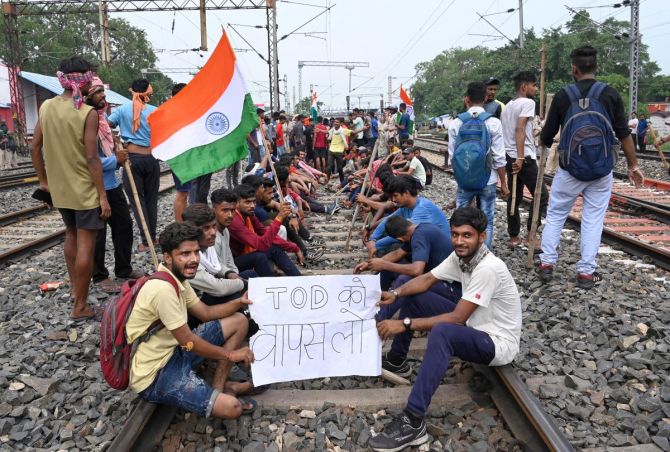 ”An in-principle approval has been given for reservation of 10 per cent of vacancies for ex-Agniveers in the recruitment to the post of constables (general duty) and rifleman in the CAPFs and the Assam Rifles. Relaxation in upper age limit and exemption from the physical efficiency test will also be given,” he said, replying to a written question.

The Centre on June 14 had unveiled the ambitious 'Agnipath' scheme for the recruitment of youths aged between 17-and-a-half years and 21 years in the Army, the Navy and the Air Force, largely on a four-year short-term contractual basis.

There have been protests by job-aspiring youths against the scheme. Subsequently, the Union home ministry had announced that 10 per cent vacancies for recruitment in the CAPFs or the paramilitary forces will be reserved for the 'Agniveers'.

The minister said those who have appeared for the posts of constables in the CAPFs, final results of the examination were declared by Staff Selection Commission (SSC) on January 21, 2021 and January 28, 2021.