An "extremely radicalised" youth from Assam has been arrested in Bengaluru by the central crime branch of Bengaluru and the police say an investigation was on to find out if he has links with any terrorist outfit. 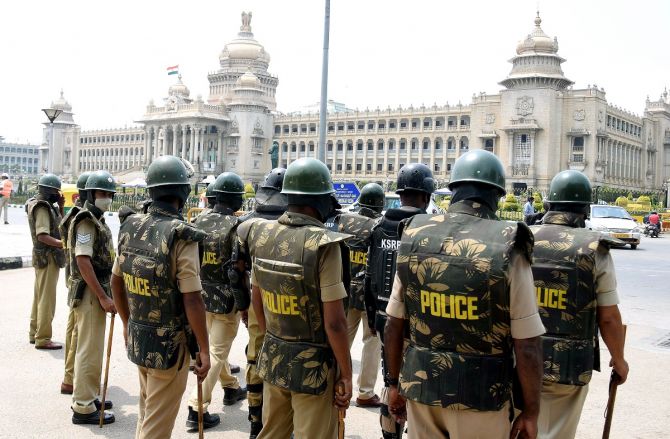 Akhtar Hussain Lashkar, who was working as a food delivery executive, was picked up on Sunday night from a rented flat on the third floor of an apartment in Tilaknagar where he was living with some other people belonging to the same profession.

Home Minister Araga Jnanendra said on Monday the police have also detained his "accomplices" for questioning.

The police sources said Lashkar has been booked under various sections of Indian Penal Code, including one for waging a war against the Government of India.

"He's an extremely radicalised youth. We worked out together with various agencies. He has been arrested and a case has been registered against him. The investigation and interrogation are on to unearth whether (he had links) with any of the organisations," Bengaluru police commissioner CH Pratap Reddy told reporters.

"He was working as a delivery boy. Other details will come out after the investigation," he said, adding that the police were working with various agencies and got inputs about his activities.

"Details cannot be shared but the fact (is) that an FIR has been registered and the person has been arrested. There is enough evidence collected regarding the radicalised youth in Bengaluru,” he added.

CCB sources further said Lashkar had fled north India and was holed up in the city.

Jnanendra lauded the police for their action.

The minister recalled that the Bengaluru police had recently arrested a terrorist from Jammu and Kashmir at Okalipuram in the city.