Enforcement Directorate in its chargesheet said that both the sons and wife of Maharashtra minister and Nationalist Congress Party leader Nawab Malik were summoned for interrogation, but none of them appeared in connection with Malik's money laundering case. 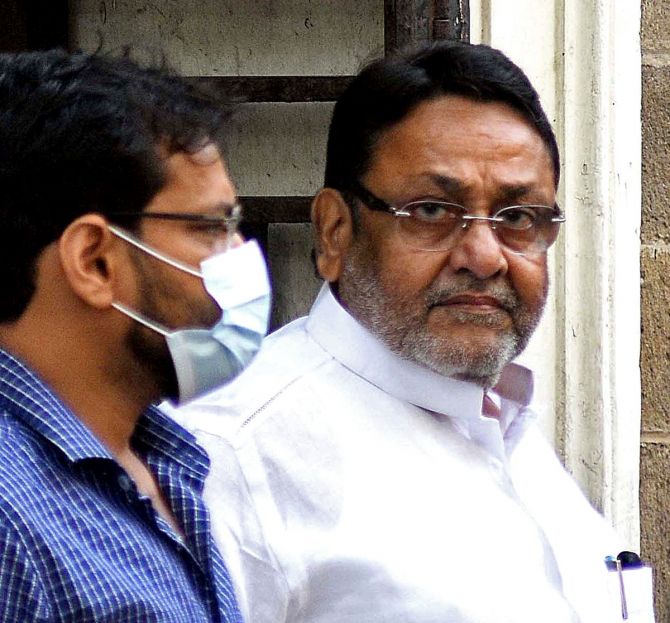 'Nawab Malik's wife Mehjabin was summoned twice whereas his son Faraj Malik was summoned 5 times in connection with a money laundering case. But none of them appeared before the ED,' informed the chargesheet today morning.

According to the ED investigation against him in connection with a money laundering case, 'it was revealed that Malik has had links with fugitive gangster Dawood Ibrahim's D-company for a long time'.

The ED has filed a prosecution complaint (chargesheet) before the Special PMLA court in Mumbai.

In the prosecution complaint, the ED elaborately mentioned Malik's alleged link to the D-company, and purported conspiracy to 'usurp' the Goawala building compound in Kurla West in 1996.

Also, a special court on May 20 took cognisance of the ED's chargesheet against the NCP leader and said there is prima facie evidence to indicate Malik was directly and knowingly involved in the money laundering and criminal conspiracy with others to usurp Goawala compound in Kurla.

The court has issued a process against him and the 1993 bomb blast case accused Sardar Shahwali Khan, who is also named in the case.