Delhi University on Wednesday asserted that St Stephen's College will have to follow the rules laid down by the government for admission, a day after the college's governing body decided to approach Supreme Court over the issue. 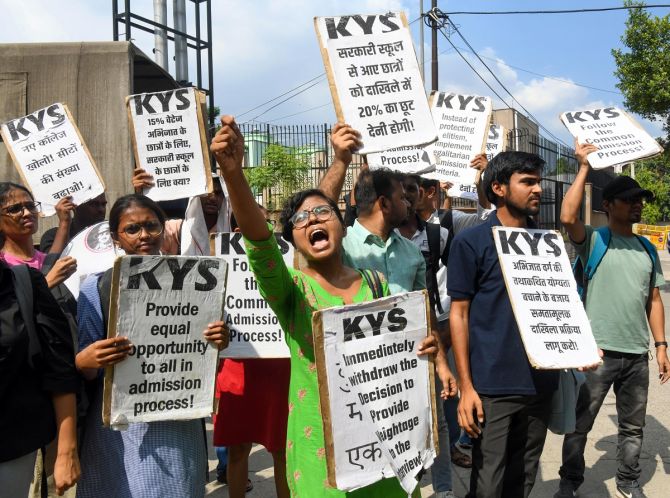 Reacting to the college governing body's decision, a senior varsity official said the university will not back down and will defend its admission policy.

The governing body on Tuesday decided to challenge the recent Delhi high court order on the admission process at the institution and seek "interim relief" to carry out this year's admissions through an interview process for candidates of all categories.

The university and St Stephen's College have been at loggerheads over the admission policy for several months. Several letters were exchanged in the past few months over their disagreement.

The college, for its part, said that it will accord 85 per cent weightage to the CUET score and 15 per cent to physical interviews for "all categories of candidates".

With the college refusing to do away with the interview process for admissions, the Delhi University has said it is "firm" on its decision to declare "null and void" all admissions made by the college in violation of the CUET guidelines.

The high court's order on September 12 came on petitions filed by a law student and the college with respect to the legality of admission of students against unreserved non-minority seats for undergraduate courses.