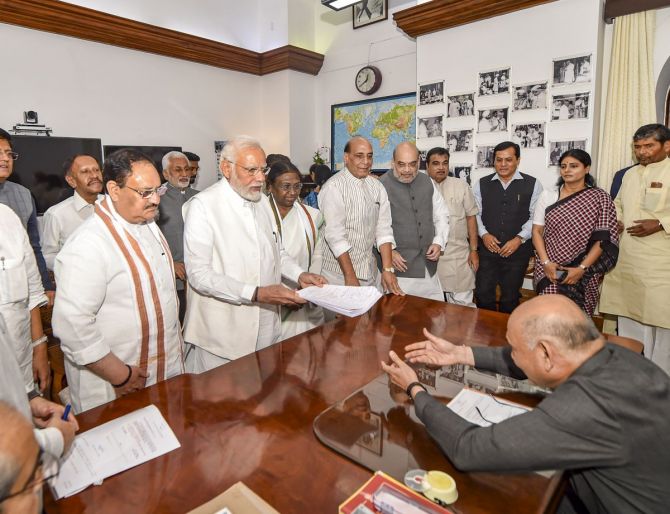 Besides the NDA leaders, Yuvajana Sramika Rythu Congress' V Vijaysai Reddy and Biju Janata Dal leader Sasmit Patra, who are not part of the alliance, were also in Parliament to back her nomination. 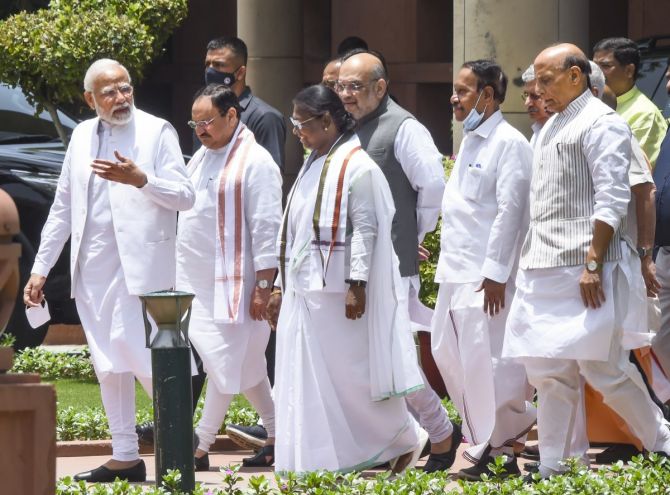 Every set of nomination has to have 50 proposers and 50 seconders among elected representatives.

Murmu, if elected, will be the first tribal president and the second woman in the post.

She will also be the youngest president ever, second only to N Sanjeeva Reddy, who was a few days elder to her when he became the President.