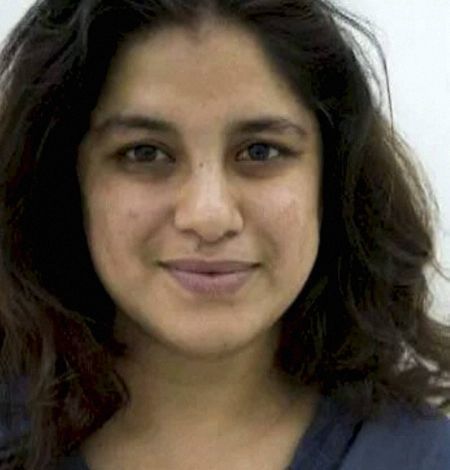 In a new twist to the double murder case of artist Hema Upadhyay and her lawyer Harish Bhambhani, the role of a sixth suspect is being probed even as fresh leads suggest that the prime accused Vidyadhar Rajbhar, who is on run, is preparing himself to surrender before police, a senior officer said

The police has so far arrested Azad Rajhbhar, Pradeep Rajhbhar, Vijay Rajhbhar and Shivkumar Rajbhar alias 'Sadhu' in the case while Vidyadhar is absconding.

Meanwhile, Sadhu, formally placed under arrest on Wednesday, was remanded in police custody till December 22 by a magistrate court in Mumbai.

According to the officer attached to crime branch, the probable role of another person is coming to light in the crime. However, he refused to divulge details.

The officer said the police had picked up Vidyadhar's trail and are tracking him by putting his mobile phone under surveillance. The officer said that Vidyadhar, a resident of suburban Kandivli, told his neighbour that he had killed Hema and Bhambhani over some financial dispute as the artist had owed him Rs 5 lakh and he was in debt.

"Vidyadhar was last tracked at Itarsi railway station in Madhya Pradesh on December 13 and his mobile phone has been switched off since then," the officer said.

"He (Vidyadhar) boarded a train from Dadar station on the very night (Saturday) when bodies were recovered. Vidyadhar informed his neighbour (in Kandivli) that he had killed Hema and her lawyer and would surrender before police after returning to Mumbai," he said, adding that Vidyadhar owed some money to the neighbour who has approached the police.

Explaining the sequence of events, the officer said Vidyadhar had called Hema to his workshop in Laljipada on Saturday afternoon under the pretext of sharing some evidence, apparently in connection with the marital discord case against her estranged husband Chintan.

He said Vidyadhar had incurred a huge loss in his glass fabrication business and was deep in debt.

"Vidyadhar, along with other accused, had stuffed the bodies in two boxes," the officer added.

The tempo driver had claimed that he was unaware of the contents inside the boxes.

The arrested accused were booked under Indian Penal Code’s ctions 302 (murder), 201 (causing disappearance of evidence of offence, or giving false information to screen offender) and 34 (acts done by several persons in furtherance of common intention).

Vijay, Pradeed and Azad were on Tuesday remanded in police custody till December 19.

Hema, a Baroda-born installation artist, was locked in bitter divorce proceedings with her husband Chintan, a contemporary artist.

She had in 2013 filed a case against him alleging that he painted obscene pictures of women on the walls of their matrimonial home in Mumbai to harass her. Bhambhani had represented Hema in this case.