Despair And Devastation In Delhi

Seven people, including three children, were killed in a blaze that ravaged several shanties at Gokulpur village in northeast Delhi early on Saturday, March 12, 2022.

Please click on the images for glimpses of the despair and devastation. IMAGE: A woman breaks down while holding the charred remains of her belongings after a massive fire gutted several shanties in Gokulpur village in the national capital. All photographs: ANI Photo IMAGE: Children rummage through the charred remains at the incident site. 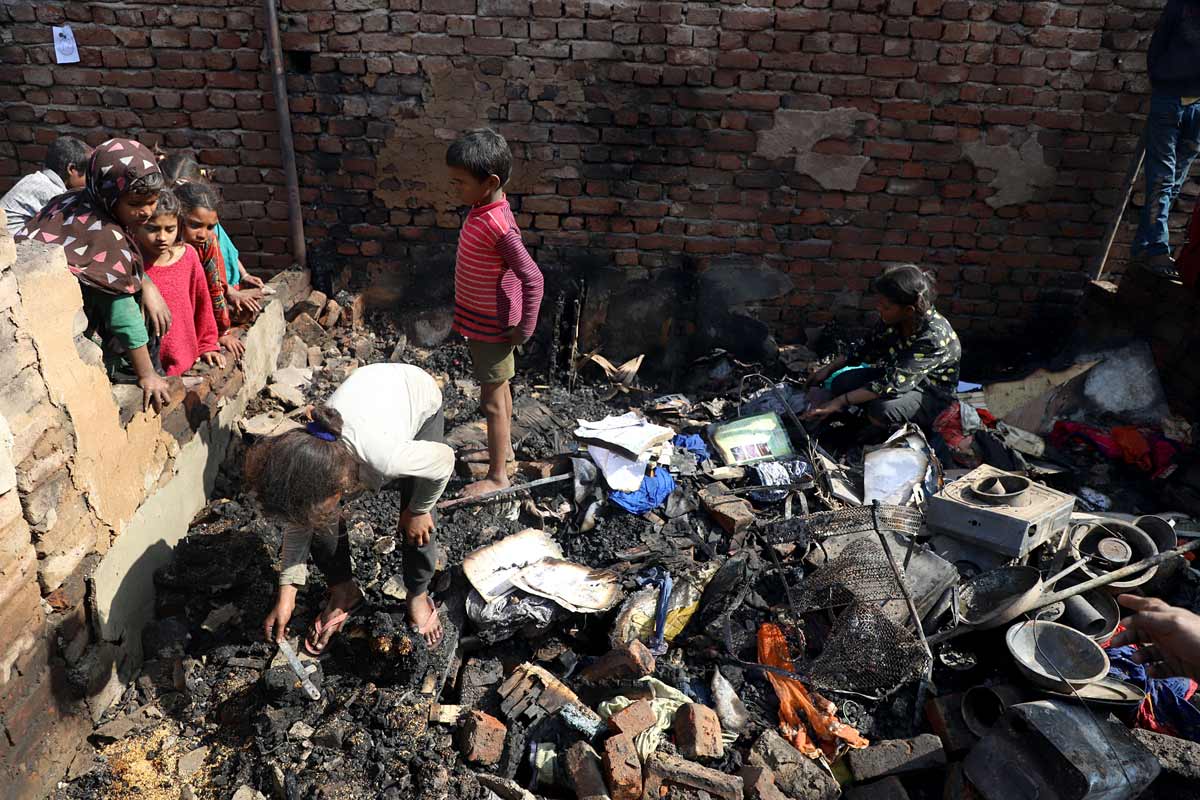 IMAGE: Children at the incident site. IMAGE: A woman sits in despair at her life ravaged by the fire. IMAGE: The face of unspeakable grief. IMAGE: Delhi Chief Minister Arvind Kejriwal announced a compensation of Rs 10 lakh for the kin of adult deceased, Rs 5 lakh in case of minor deceased, and Rs 25,000 to those whose shanties were gutted.
Will the paltry amounts be enough to wipe away the tears of these unfortunate Delhi residents, Mr Kejriwal?