A day after Jitin Prasada switched to the Bharatiya Janata Party, senior Congress leader M Veerappa Moily on Thursday said the Congress needs to undergo a "major surgery" and not depend just on legacy, asserting that the top leadership must give primacy to ideological commitment while giving responsibility to leaders. 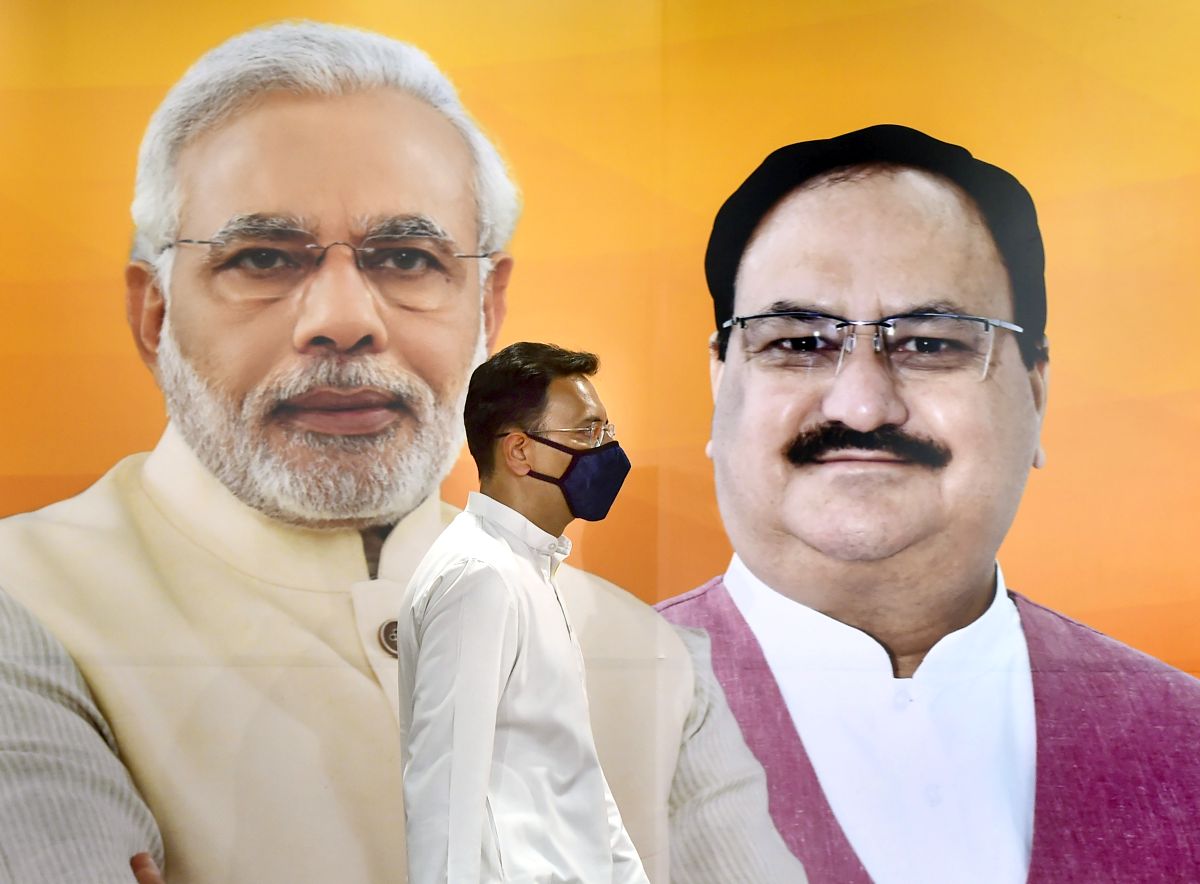 Alleging that Prasada had placed "personal ambition" over everything else, Moily said the Uttar Pradesh leader's ideological commitment was suspect from the beginning and the party winning zero seats in West Bengal under his charge showed that he was incompetent.

In an interview with PTI, Moily also said the top leadership should make a proper assessment of leaders in the party, asserting that "one cannot make people leaders when they do not deserve it".

The Congress has to rethink and re-strategise some of these things and then only the party can come up, the former Union minister said.

"Properly reorganise the party with proper people in positions and not put incompetent people (in positions of responsibility) who cannot deliver. This is a lesson, the Congress needs to make an introspection in the face of the developments," Moily said, making suggestions for the party's high command.

Asked if Prasada's exit from the Congress has a message for the party top brass, he said they must give importance to leaders' antecedents, ideology and their approach to the common people, while appointing them to positions of importance.

Moily, who had suggested after the 2019 polls debacle that the Congress has to undergo a major surgery to be competitive, said the party had long delayed that major surgery and it was "needed right now, there is no tomorrow".

"Next year we are facing assembly elections in seven states and then immediately parliamentary polls will be there after that (in 2024). If we don't perform well in the seven elections we will have more difficulty in the general elections," Moily said.

"The Congress should not just hinge upon legacy, but we need to readjust ourselves and prepare ourselves for competitive politics played by (Prime Minister Narendra) Modi. It is not that Modi is undefeatable, he can be defeated by putting our party back on track. Major surgery is needed right now, there is no tomorrow," he asserted.

Moily was among the group of 23 leaders along with Prasada who had written to interim President Sonia Gandhi in August last year urging an organisational overhaul of the party. However, he had distanced himself from the Jammu meet of the G-23 and has backed the leadership of the Gandhi family.

Asked if the question mark over the leadership issue in the party with Sonia Gandhi being the interim chief since August 2019 was posing problems for the party, Moily said that with Sonia Gandhi at the helm, she can inspire and take decisions.

"We have a leader, so that is not an issue. With Sonia ji at the helm, there is no vacancy. She has to step up and perform the major surgery on the party. She has the determination, capacity and she can inspire the cadres," Moily said.

He asserted that while youngsters need to be promoted in the party, ideological orientation should be looked at in giving responsibilities.

Youngsters need to be encouraged but their ambition should be within the confines of the ideology of the party, he added.

Moily stressed that leadership should not be given to opportunists who can betray the party and are not capable of delivering.

Talking specifically about Prasada's switch to the BJP, he said it was only a question of personal ambition in Prasada's case.

"He (Prasada) could not make a mark in UP even though the Congress had picked him up as a young leader. He did not come up to the expectations," Moily said.

On Prasada being made the AICC in-charge of West Bengal last year, Moily said if a person with no ability is selected, "ultimately the result will be zero".

"Sometimes we also make a mistake and select wrong leaders who are not capable of delivering. Just because they speak in good English we think they are good leaders. We want mass leaders who can speak the language of the masses, which some of the leaders like Jitin Prasada were not speaking," he said.

"By choosing such people as state in-charges, that is how the party suffers. It was a totally wrong choice (to name Prasada as West Bengal in-charge). I knew that in such a big state like West Bengal with the Congress in a bad shape, a man without any experience and mass base, without a proper approach, who cannot articulate the Congress ideology, if given the charge, there would be failure," Moily said.

The saga of defections in the Congress, which began ahead of the 2014 Lok Sabha elections, continues unabated with Prasada jumping ship on Wednesday, triggering speculation of further exits.

Prasada followed in the footsteps of his former Congress colleague Jyotiraditya Scindia who quit the party to join the BJP in March last year.