The Central Bureau of Investigation filed a chargesheet on Friday against former railway minister Lalu Prasad, his wife Rabri Devi and 14 others in connection with alleged appointments made in Railways in return for land parcels gifted or sold to his family, officials said. 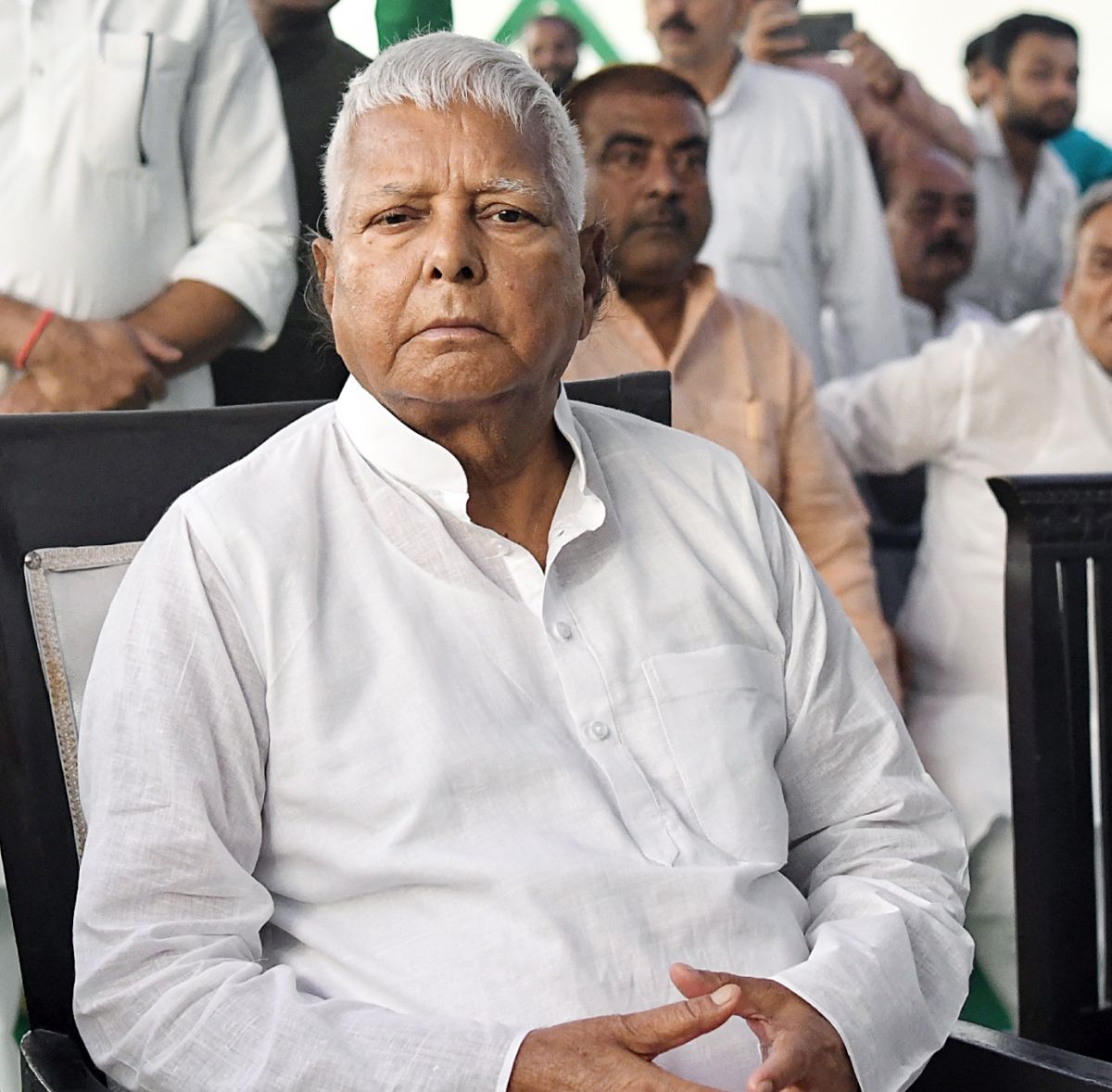 "During investigation, it has been found that the accused in conspiracy with the then GM, Central Railways, and CPO, Central Railways, engaged persons as substitutes in lieu of land either in their name or in the name of their close relatives," a CBI spokesperson said in a statement.

The agency has kept the investigation open with respect to other transactions, they said.

"This land was acquired at prices lower than the prevailing circle rate and much lower than the market rate. It was also alleged that the candidates have used false TC and submitted false attested documents to the Ministry of Railways," the spokesperson said.

During the probe, the agency claimed to have found a hard disc from 10 Circular Road, Patna, the then camp office of Prasad when he was the Union railway minister. The CBI said it had a list of 1,458 candidates engaged in the Railways during his tenure.

The agency has alleged that residents of Patna were appointed as 'substitutes' in group D posts in different zones of the Railways who were regularised during 2004-09.

In exchange, the beneficiaries themselves or their family members allegedly transferred land parcels in the name of family members of Prasad and a company called AK Infosystems Private Limited, the agency has alleged. The company was subsequently taken over by Prasad's family members, it said.

The payments for the parcels of land were mostly shown to be made in cash, while there were also instances of transfer of land through gift deeds, it is alleged.

The candidates were allegedly appointed as substitutes in group D positions within three days of applying in "undue haste" by Railway officials and were later regularised when the "individuals themselves or their family members transferred their land", according to the agency.

The transfers were made through deeds in the name of Rabri Devi and daughters Misa Bharti and Hema Yadav, the agency alleged.

Hema Yadav has not been named in the present chargesheet.

The agency has alleged that land measuring about 1.05 lakh square feet in Patna was acquired by Prasad's family members by making payments to the sellers in cash.

A beneficiary had countered the CBI allegations in a court, claiming that he had transferred a land parcel to Prasad's daughter through a gift deed in 2014 whereas he had already been appointed as a substitute nearly 10 years ago.

He had said that the land was acquired by him years after he joined the Railways.