BSF jawan shot dead by terrorists inside his house in Kashmir 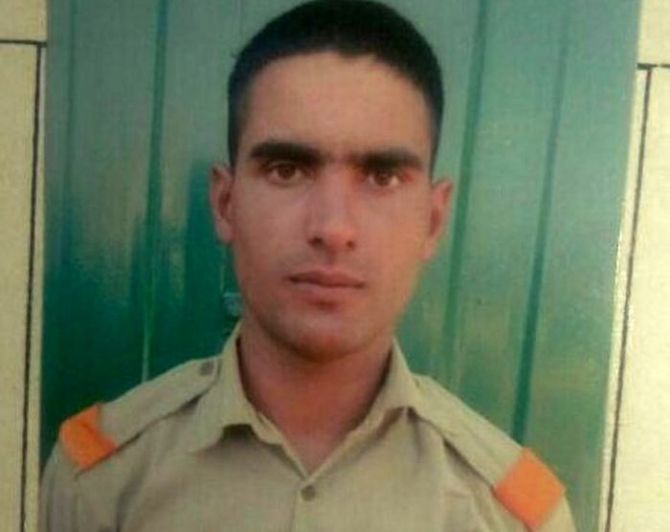 Terrorists on Wednesday barged into the residence of a Border Security Force constable in Hajjan in north Kashmir and shot him dead, besides injuring four of his family members, police said.

The constable, Rameez Ahmad Parray, had come home on holiday a few days ago, they said.

The terrorists, after forcing their way into the house at Parrey Mohalla, fired indiscriminately at the family.

The jawan died on the spot. Four of his family members -- his father, two brothers and an aunt -- were injured, police said.

The condition of the jawan's aunt was stated to be serious, while that of the three others was stable.

The Director General of Jammu and Kashmir Police, S P Vaid, termed the incident as "barbaric and inhumane" and said the guilty would be punished.

On May 9 this year, an Army officer from Kashmir, Lieutenant Umer Fayaz, was abducted and shot dead by terrorists in Shopian district where he had gone to attend the wedding of a relative.