'We are losing our independence more and more'

'Laws have been used in a way to serve the needs of the current regime and its authoritarian ideology.' 'The authorities used repressive laws to silence critics by curbing freedom of expression both offline and online.

'The foreign contribution law was misused to crack down on human rights NGOs.'

This is how the Amnesty International describes India on its Web site.

The Human Rights Measurement Initiative that tracks human rights performance of countries came up with scores for 13 rights, and India's performance was worse than average in providing social and economic rights to its citizens when compared with other South Asian countries.

India performed poorly in providing civil and political rights to its citizens compared to 37 other countries like the UK, the US, China, South Korea, Malaysia, etc.

According to a report released by Reporters Without Borders, India slipped eight positions below its last year's 142nd rank out of 180 countries to 150th position in 2022 World Press Freedom Index.

It is against this background that Shobha Warrier/Rediff.com spoke to Salil Shetty, former secretary general, Amnesty International.

"Governments don't like to be accountable, particularly on human rights issues. But this government has taken it to an industrial scale!" says Shetty in the first of a two-part interview: 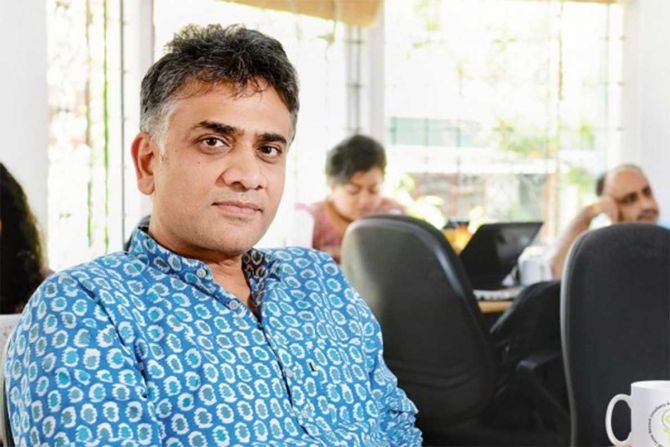 IMAGE: Aakar Patel, who headed Amnesty India till a couple of years ago. Photograph: PTI Photo

A few weeks ago, the Enforcement Directorate told a special court in Delhi that Amnesty International UK routed over Rs 500 million to its Indian arm to fund anti-national activities in the guise of export of services... Your response.

Attacks on Amnesty International as an organisation and Aakar Patel, its chair, on so many fronts have been going on for years; it is not a new phenomenon. I think more than five cases are going on now.

The most recent one is I think, is using PMLA (Prevention of Money Laundering Act 2002).

But each time a case went to court, it didn't stand the scrutiny because most of the cases were without any basis. They had no legs to stand on.

The situation in India currently is laws have been used in a way to serve the needs of the current regime and its authoritarian ideology. 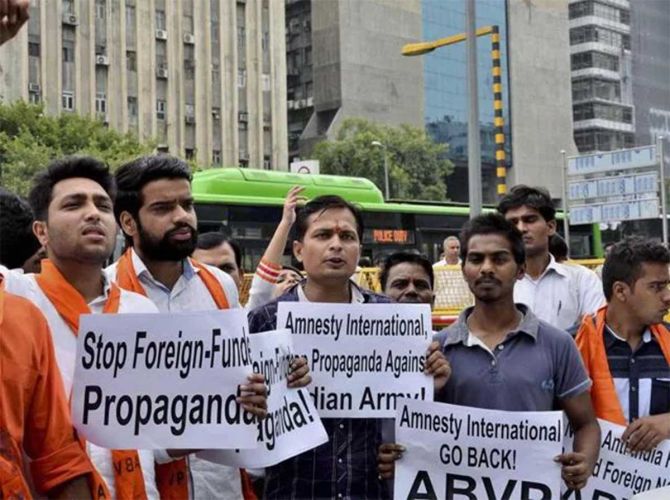 Has it not been the case earlier too? Or do you think attacking human rights activists and agencies has increased?

It is true no government is in favour of human rights activities in India. That's normal.

Actually, not even in India, all over the world, governments don't like to be accountable, particularly on human rights issues.

But this government has taken it to an industrial scale! They are operating at a different level.

The law enforcement agencies have become extensions of the political arm. They are not independent institutions anymore, whether it is the ED or the IB or the CBI. 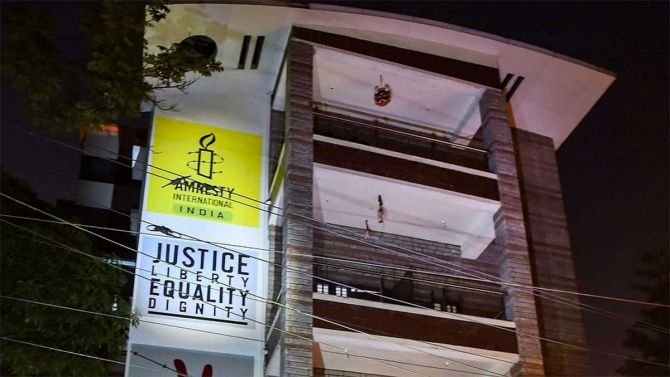 But this has been the complaint against all past governments, that they used these agencies to settle scores...

I don't deny that. It is true, that's why I said these people have taken it to an industrial scale.

If you take the use of law enforcement agencies against any kind of opposition or dissent or alternate voice, it has become significantly more.

They are not just using the agencies against human rights activists and organisations, but equally against Opposition parties and even any corporate house that is not aligned to them or supporting them adequately.

Yes. The combination is what is worrying. One is, the attack itself has gone up.

Then, they have amended the laws themselves. For example, the Foreign Contribution Regulation Act (FCRA) has recently been amended.

FCRA is not a new law; it came in 1976, but the recent amendments have made it much more draconian.

UAPA (the Unlawful Activities Prevention Act) is another example.

Now with the interpretation of the Supreme Court, PMLA is a law that does not require officials to even furnish any evidence which was needed under any criminal procedure.

When the PMLA authorities come to arrest somebody, they don't even have to give the written statement based on which the accusations have been made.

You can be taken in without bail, your properties can be attached and the period inside is indeterminate when you are in jail. 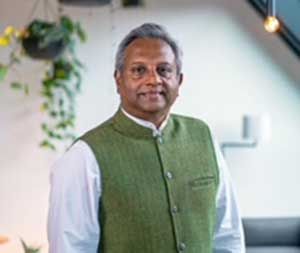 It is not just what you said earlier that agencies like the CBI and IB were being misused in the past; it is a combination of many events that are worrying.

So, it is not just one incident but a collection of so many things that have happened in the recent past made us feel we need a second Independence struggle.

We are losing our independence more and more. Independent civil society and dissent has been crushed.

We only know of the unlawful arrest of Teesta Setalvad and the refusal of bail.

We know of the death of Father Stan Swamy in jail despite repeated appeals by his lawyers and Father Stan himself that he needed medical care.

But the fact is that there are hundreds of people languishing in jail after the anti-CAA riots in Delhi and UP, in Kashmir and heaven knows where else; we do not even know their names.

Whenever such reports come, the government questions the methodology, but the fact is every single source says things are going from bad to worse.