'This is the beginning for putting up a fight against an authoritarian regime.' 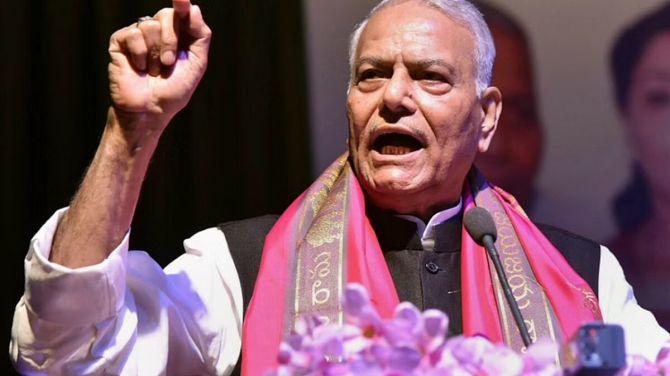 Yashwant Sinha, the Opposition's consensus candidate for the July 18 Presidential election, is determined to press forward and win even as the odds stand stacked against him.

Sinha refuses to be cowed down by these claims and counter claims, insisting he is fighting an ideological battle against an autocratic and authoritarian government.

In an exclusive interview with Rediff.com Senior Contributor Rashme Sehgal, Sinha -- who served as finance ane external affairs minister in the Atal Bihari Vajpayee Cabinet -- says, "The government is pursuing a path which is extremely dangerous for the nation."

The numbers seem to be stacked against you in the Presidential polls with some Opposition parties already going public to support Droupadi Murmu's candidature.
Yet you have decided to accept the challenge/

The whole outcome of an election is not decided by numbers alone.

There is more to an election than meets the eye.

This election is about two different ideologies confronting each other.

Our forefathers fought for a diverse and inclusive country and their ideals have been incorporated in our present Constitution and I believe I represent these ideals.

It is imperative to protect the diversity of our nation, protect the values of federalism and to uphold our Constitutional values.

The Opposition parties must understand the importance of these elections.

I am confident the non-BJP parties realise the dangers we are facing and will have the courage to stand up.

Do all the political parties realise the importance of the election?

The Opposition parties would not have come together and put up a consensus candidate if they were not concerned about the situation prevailing in our country.

A new beginning is being made with so many political parties coming together to put me up as their candidate.

Consensus if the basis of all democracies.

This is the beginning for putting up a fight against an authoritarian regime.

What happens if you lose?

So what if if lose? I have fought so many uphill battles in my life and come out with flying colours. 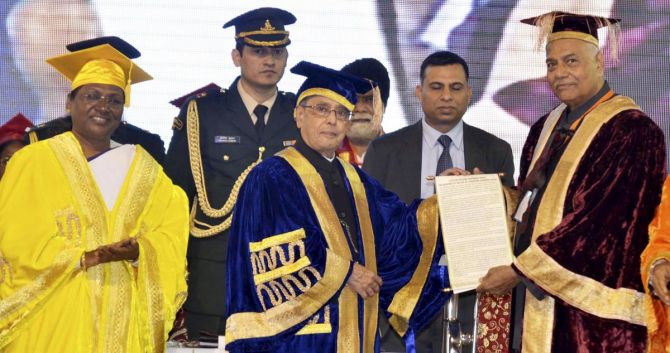 The BJP has come up with a woman tribal leader. It is obvious its aim is to try and make inroads to win over the tribal vote bank.

We cannot be determined on these key issues as to where one comes from. Rather, each candidate must be evaluated by the ideology we follow.

I bring a great deal of experience with me having been in public life for several decades.

You are presently opposed to a political party of which you were an integral part. You held two key portfolios under the Vajpayee government -- finance and external affairs.
You were a member of the BJP and resigned from it only four years ago.

The BJP that I joined at the end of 1993 under Advaniji and Vajpayeeji was a completely different party.

This BJP, under Modi and Shah, is no longer the same party. It is completely unrecognisable.

When Vajpayee lost power in Parliament by one vote, he resigned. That was in 1999.

But look at what the BJP has become today.

Look at what they are doing in Maharastra or Karnataka or Madhya Pradesh.

In this context, what are your comments on how the present government has been misusing different agencies against Opposition parties and state governments belonging to the Opposition?

All the agencies of the government are being misused. We are living in a raid raj.

Whoever raises his voice is immediately raided by these agencies to suppress the Opposition.

People's electoral verdict is being changed by use of money power and through use of these agencies. 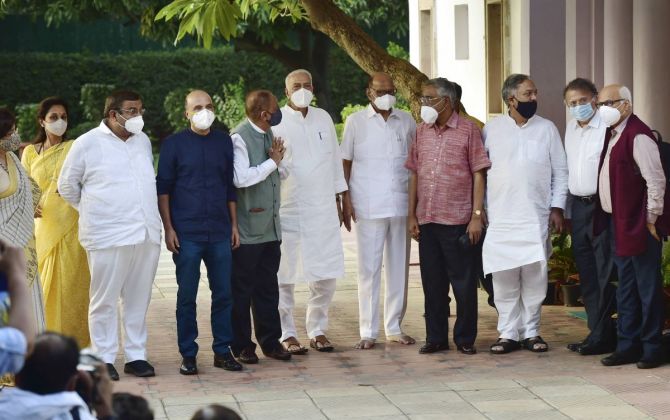 If you were to be elected, the fact is that the President has to go by the advice of the prime minister and the Cabinet.

The President has the authority to advise the government. When it comes from Rashtrapati Bhavan, it is not the same as advice coming from the street.

It has to be taken seriously the government to whom it is addressed.

What do you think of the recently launched Agnipath scheme launched by the Modi government?

It is obvious the government has introduced it to create militant cadres for the BJP.

The government is pursuing a path which is extremely dangerous for the nation.

There are very high rates of unemployment amongst the youth which have only risen during the last eight years.

The youth are very upset. There are many economic issues which should have been looked at. There is a huge amount of discontent amongst our youth.