'I have failed drastically in a few films'

'I am not a future guy.'
'I just owe it to my audience here.'
'I never want them to wonder why this guy did this role.'
'Even for my bad films, I want them to think that he was trying at least.' 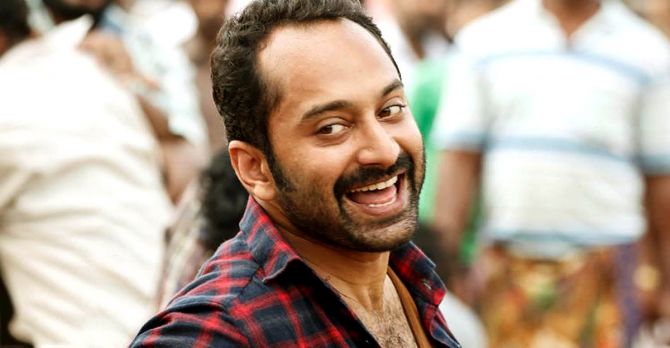 IMAGE: Fahadh Faasil in a scene from Thondimuthalum Driksakshiyum.

Malayalam cinema star Fahadh Faasil, one of the most versatile actors of his generation with critically acclaimed films like Thondimuthalum Driksakshiyum and Kumbalangi Nights to his credit, says it is important for him to have the freedom to choose his characters and they need not be the lead roles.

The National Award winner said his constant effort has been to ensure the liberty where he is not stuck in a particular image.

Citing the example of Thondimuthalum Driksakshiyum, the film for which he won the National Award, the actor said he was initially offered a different role but decided to opt for the character of chain-swallowing thief later.

"When I function like that, I have the freedom to choose my characters and they need not be the lead role. The constant effort is to not repeat myself as I don't want to get bored of my work," he adds. 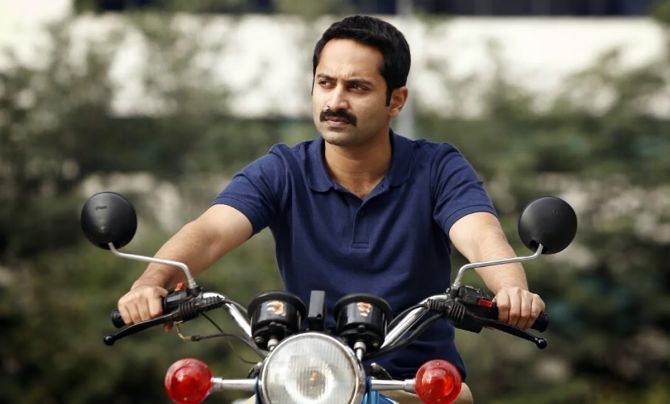 IMAGE: Fahadh Faasil in a scene from Kerala Cafe.

The actor was launched in the industry by his film-maker father Fazil at the age of 19 with the romantic film Kaiyethum Doorath in 2002, but left for the US when the movie flopped.

Seven years later, he made a comeback with a role in Kerala Cafe and Faasil has since worked hard to build an enviable filmography in Malayalam cinema.

The 38-year-old actor has been praised for his performance in Njaan Prakashan, Trance, Maheshinte Prathikaaram and the Tamil film Super Deluxe among several more.

Asked whether there was an attempt to build a legacy of great roles, Faasil said he is not someone who plans his future.

"I am not a future guy. I just owe it to my audience here. I never want them to wonder why this guy did this role. Even for my bad films, I want them to think that he was trying at least."

"I feel I am answerable to them. Also, I don't want to do anything that takes away the freedom I have to do what I want to do, the way I want to," he says. 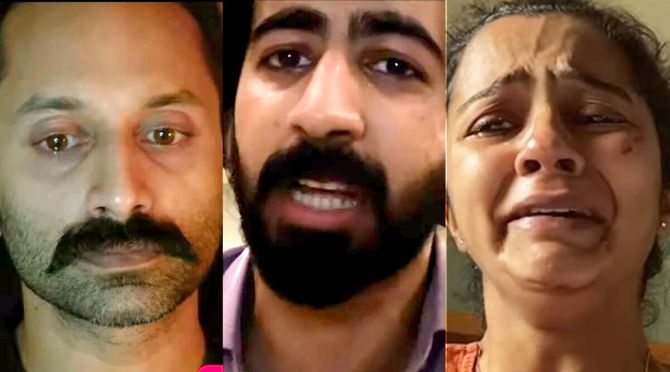 After Kumbalangi Nights, Faasil has produced C U Soon.

The actor, who also features in the movie, is excited about the thriller where most of the story unfolds through screens, which has become a way of life during the coronavirus pandemic. Most of the film was shot during the lockdown and created on the edit table, he said.

"C U Soon is a very emotional story. It's about suffering. People are now on FaceTime and Google. The experience that we want to give for this film is that you might feel that the characters are on the other end of the phone. It could be that personal."

"The attempt is for the movie to go to the audience and experience it with all the emotional backing the script or the narrator deserves. People are very familiar to WhatsApp and other apps, but a film on that ground is going to be fresh," the actor says.

Directed by Mahesh Narayanan, C U Soon is about a software engineer from Kerala (Faasil) who has been assigned by his family to help his Dubai-based cousin (Roshan Mathew) find his missing fiancee (Darshana Rajendran), after she leaves behind a video-based suicide note.

Faasil, who has worked with Narayanan on the 2017 hit Take Off and the yet-to-be-released Malik, said he had tremendous trust in the director.

With Vishwaroopam, Uyare and Ennu Ninte Moideen as credits, Narayanan is primarily a "brilliant editor".

"I was very sure about what Mahesh can do with something like this. He was the one who gave me the idea of redesigning the film on the editing table. Let's focus on design on the lenses when we shoot it, let's shoot it in one single frame and redesign it. It's because of him that the film happened." 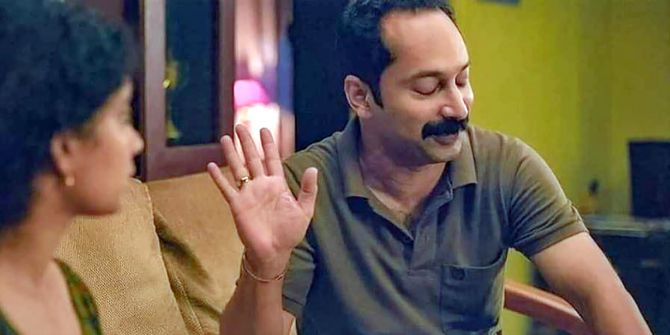 One element that has been a constant in Faasil's cinema is that he may be playing a perfect scoundrel like in the case of Diamond Necklace, 22 Female Kottayam or Njaan Prakashan, female characters are not portrayed in a stereotypical way.

Faasil said there has been a constant effort from his side to achieve this harmony in his films though he has failed sometimes.

"Cinema shouldn't take away the respect from women. Films should eventually result in people respecting each other or human beings being in love with each other more than anything. It's an art form and it has to be executed for better harmony."

"It's not that people get influenced and change their life, but if you can have some goodness that people can take home, then some good (will be done)."

"I have failed drastically in a few films. But even if one person gets the message, we have to ensure that they get it rightly," he adds.

Streamers have helped Faasil's films to be discovered beyond his ardent followers in Malayalam cinema and the actor believes it has opened the possibilities for many more stories to be told.

Asked about whether there was a chance for him to make a Hindi film debut like Mathew and Dulquer Salmaan, Faasil said he should first get a script that excites him.

Hindi cinema debut may or may not be a possibility for Faasil, but one actor that left a mark on him was Irrfan Khan.

Faasil shared an emotional letter with his fans following Irrfan's death in April from a rare form of cancer.

In the letter, the actor shared how he discovered Irrfan while he was studying in the US and how the actor left an indelible mark on him.

Asked what prompted him to write the letter, Faasil said he had never spoken or met Irrfan, but his passing felt a deep sense of loss.

"I knew I would terribly miss him. He felt like someone I knew and the fact that I would miss him was a little unbearable. That's why I sat down and wrote that night."

"I am going to miss the actor he is. It's not just me, think about the film-makers who would never find the right guy to do a million characters," he says. "I have heard a lot of beautiful stories about him from Mr (Vishal) Bhardwaj." 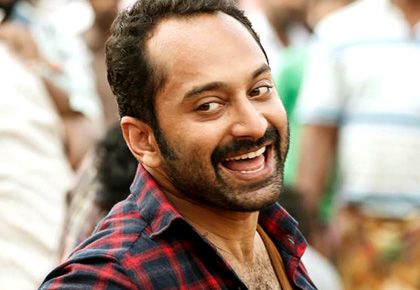