The Mumbai underworld has always fascinated Sanjay Gupta. That's why they have always inspired his movies.

His most recent release Mumbai Saga takes another look at the gangsters of the 1980s and the 1990s.

What is it about the lives of criminals that's got Gupta's attention?

He looks back at his Shootout series and tells Rediff.com Contributor Sameena Razzaq, "What is integral to the Shootout films is the feeling that Oh, this actually happened at Lokhandwala in the afternoon, with children playing in the compound, housewives cooking in their kitchens... 281 policemen opened fire on a building." 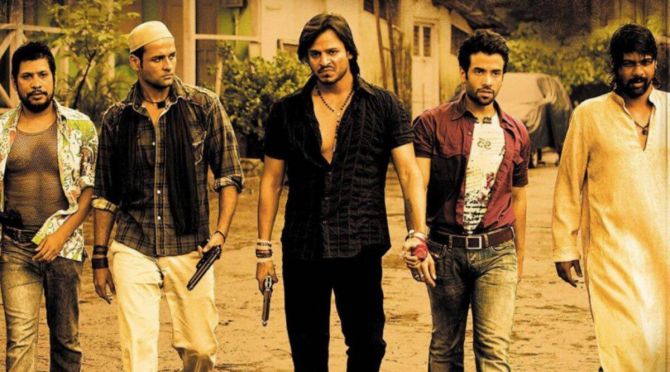 You have finalised the script of Shootout 3: The Gangwars of Bombay, which is a part of the successful Shootout franchise. Since you are keen on working with Akshay Kumar, will he do this project?

Where does Akshay Kumar's name even come in?

Shootout 3 is just a script which Ekta (Kapoor) and I have approved.

It takes the legacy of the first two Shootouts forward.

It is bigger, that's why we have not made it Shootout at a particular place.

We called it Shootout 3: The Gangwars of Bombay.

We want to expand the franchise.

Once we finalise the cast, we will revisit the draft and tweak it, depending on who the hero is.

You know, work on the strengths and weaknesses of the hero.

Like the first two films, it will deal with an actual event, a shootout and stories that have happened in Bombay or abroad, as could be the case this time.

What is integral to the Shootout films is the feeling that Oh, this actually happened at Lokhandwala in the afternoon, with children playing in the compound, housewives cooking in their kitchens... 281 policemen opened fire on a building.

In that building, a hairdresser lady was present when the shootout happened.

She was Manisha Koirala's hairdresser.

I went to meet her and said that I am doing research and can you tell me what happened.

She said she hid under the bed for six hours, not knowing whether she would live or die.

She told me to get out, she didn't want those memories....

A similar thing happened with Shootout at Wadala.

The question I was raising with that film is that till date, there have been more than 1,500 encounters. So it's 1,500 murders.

Where did it begin?

Why did they do it?

Why did they start that?

Why did the cops start playing judge, jury and executioner?

What was that one event that compelled them?

Allu Arjun's latest film has impressed you no end. Do we see a collaboration with him soon?

Unfortunately, there is no project.

I am very keen to work with him.

I absolutely adore him.

He is such a fantastic actor.

The way he pulls everything off on screen with such panache and conviction and makes it seem all so effortless. He is the next level. 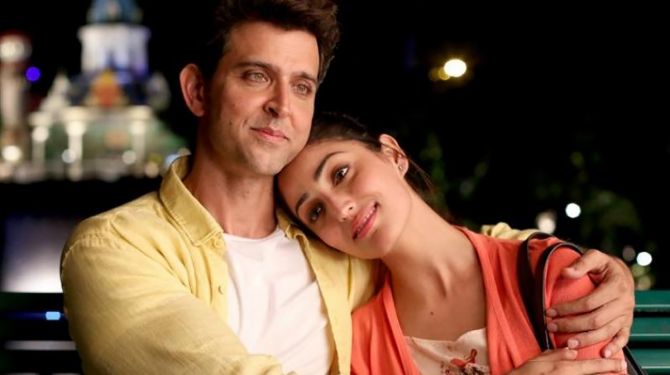 Rakesh Roshan was very happy with the way Kaabil shaped up. Would he want you to direct Krrish 4?

There is no shortage of the confidence Rakeshji has in me, but then again, Krrish is a very big responsibility.

It's been huge in all three parts.

They have to go beyond what they have already done.

If they want me to do it, it's an honour.

But Krrish is Rakesh Roshan's baby.

The only person who can direct Krrish 4 is Rakeshji.

I was just helping out with the scripting because the superhero genre is something I am very passionate about.

As of now everything is on hold.

We are not going forward with it because Rakeshji had gotten a little unwell.

He has recovered completely now so that's a call only they can take.

IMAGE: A scene from Sanjay Gupta's Kaante, starring Sanjay Dutt and Mahesh Manjrekar, among many other stars.

Are you teaming up with Sanjay Dutt again?

I do not approach a film from that point of view, that it's time to reunite with Sanjay Dutt, so let me write something for him.

It doesn't work that way.

The right way to work is you have to believe in a story.

If there is a compelling character that would suit Sanju, I would 100 percent go running to him.

Both of us are very clear that we must do something compelling, which lives up to our legacy. You had almost decided to quit the industry when you faced a boycott after your fall-out with Sanjay Dutt. Luckily, some actors readily worked with you.
Can a person survive on sheer credibility and talent in this industry without connections?

The main thing is that you must be a survivor.

At the same time, I always say that in the film industry, connections definitely matter.

It's your luck, your fortune and your destiny. That plays a very important role.

I am a very realistic person.

I have a family to feed.

If things are not working, you have to look for options.

You cannot be sitting at home, waiting for the tide to turn.

There are so many people out there who are doing very well for themselves.

They are complete outsiders.

They have come and done well.

Both Rajkummar Rao and Ayushmann Khurrana have nothing to do with the film industry. They are outsiders who have come and made a fantastic place for themselves.

There are so many directors, story writers, talent...

If you are talented, it can be delayed but not denied.

Would you get away from your comfort zone and make films like Dream Girl and Bareilly Ki Barfi?

I love those films, but I am not into comedy and social dramas.

This is the cinema I enjoy watching and leading.

I am not into that.

I have got my space and I am happy in that. 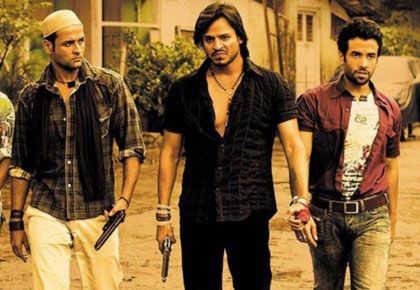