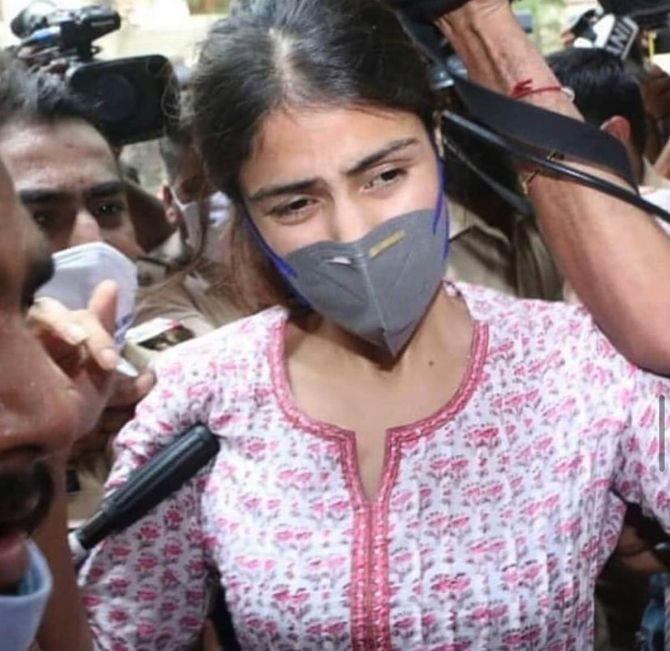 Several Bollywood personalities including actors Taapsee Pannu and Swara Bhasker and film-maker Anubhav Sinha criticised the media's mobbing of Rhea Chakraborty, flouting all standard protocols amid COVID-19 pandemic, as she arrived at the Narcotics Control Bureau office in south Mumbai on Sunday, September 6.

Rhea Chakraborty appeared before the NCB for questioning in the alleged drugs case linked to the death of her live-in partner actor Sushant Singh Rajput's suicide.

According to viral visuals from several channels on social media, the 28-year-old actor was seen being heckled and pushed by the media as she made her way to the NCB office, escorted by the Mumbai police.

The media's behaviour was criticised by Twitter users, including celebrities from the fraternity who called it 'disgusting'.

Pannu took to Twitter and lamented over the treatment being meted out to Rhea Chakraborty in the case.

'In the name of justice, these people have lynched a human being off her right to live even before proven guilty. I sincerely pray karma finds the address of each and every human being part of this lowest low of mankind we are witness to,' Taapsee wrote.

Dia Mirza said the behaviour by the media present on ground was 'reprehensible'.

'The law must and will take its course. This behaviour reprehensible in every way. Enough!' Dia wrote.

'Why can't Rhea be given space and the right to physical distancing? Why are the media behaving like vultures? Please please give her space. Stop attacking/dehumanising her & her family,' Dia added. Anubhav Sinha said the video of Rhea's entry into the NCB office was representative of the 'power of media over law and order in Mumbai'.

'And yes, this is much worse than being called names. Any names,' he added.

Film-maker Alankrita Shrivastava said it is sad how the entire country's focus was on Rhea Chakraborty.

'No thoughts about the economy, the pandemic or anything else of consequence. Indians are only interested in burning Rhea at the stake. That is what makes our people happy and fulfilled and validated. No amount of hate and venom is enough,' Alankrita tweeted.

'We are sick. Very very sick.' 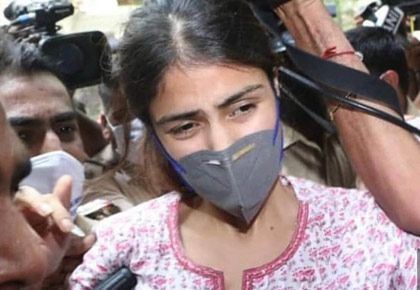