'There were initial hiccups with Ayushmann as Mr Bachchan has an aura; he isn't called a legend for anything.' For Shoojit Sircar, Gulabo Sitabo is his biggest release.

The Amitabh Bachchan-Ayushmann Khurrana film releases directly on OTT, and it's a bittersweet experience for the film-maker.

"Since I have worked with them earlier, somewhere down the line, there is trust, bonding and comfort between us," Shoojit tells Rediff.com Contributor Sonil Dedhia about his lead actors.

This is your third film -- after Shoebite and Piku -- with Amitabh Bachchan. Was he always on your mind while conceptualising this film?

Yes. We had him in mind for this character. As soon the bound script was ready, we bounced it to off Mr Bachchan and he was ready.

The bigger question was the look.

While we were adding the finishing touches to the script, we were discussing the look too.

If you walk in the old parts of Lucknow, say Hazratganj or in Daryaganj, the Jama Masjid area in Delhi, you will find a lot of characters who look exactly like Mr Bachchan (in Gulabo Sitabo).

When we finalised the look and showed it to him, he jumped with joy and started asking how we are going to create it.

He was so excited.

He got in his own mannerisms, including the language that the character he speaks, since he himself is from Uttar Pradesh. He was familiar with the lingo.

Ayushmann Khurrana started his film career with you. He is one of the most bankable stars today. Do you see any changes in him?

It felt like we had just finished Vicky Donor and he had come on the sets of Gulabo Sitabo.

I didn't see much change in Ayushmann.

With me at least, he was quite normal and genuine.

I was very clear to Ayushmann that we are not going to play to the gallery.

That was most important for my film, and he had to play a very normal character. 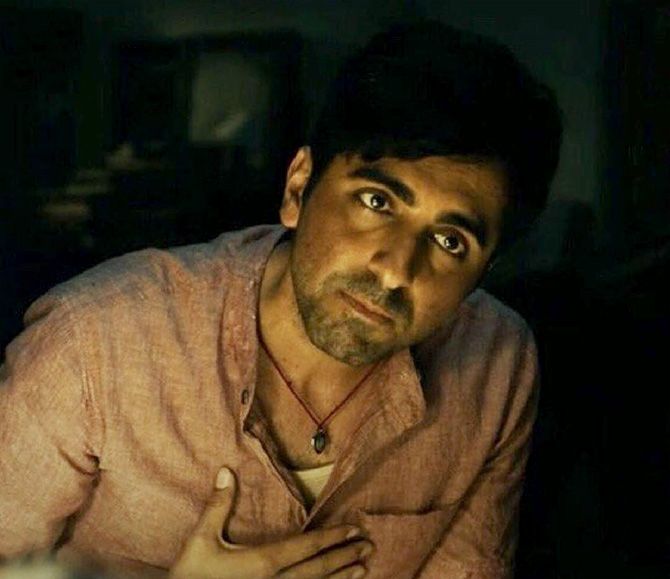 How was their camaraderie on the sets?

They were excited to work with each other.

There were initial hiccups with Ayushmann as Mr Bachchan has an aura; he isn't called a legend for anything.

He is very accommodating and is one of the finest co-actors to have.

Irrfan would always talk about how he could learn by just watching him (Mr Bachchan) in front of the camera.

There is a lot of banter between them so I would have discussions with Ayushmann about how much to go, and how much to restrain.

There are also some cuss words that Ayushmann's character uses, so should I say or should I not say, how much to say...

Since I have worked with them earlier, somewhere down the line, there is trust, bonding and comfort between us. That has grown slowly and matured.

Of course, it is a creative process, and we keep challenging each other all the time.

That is very important for that good, healthy working relationship. 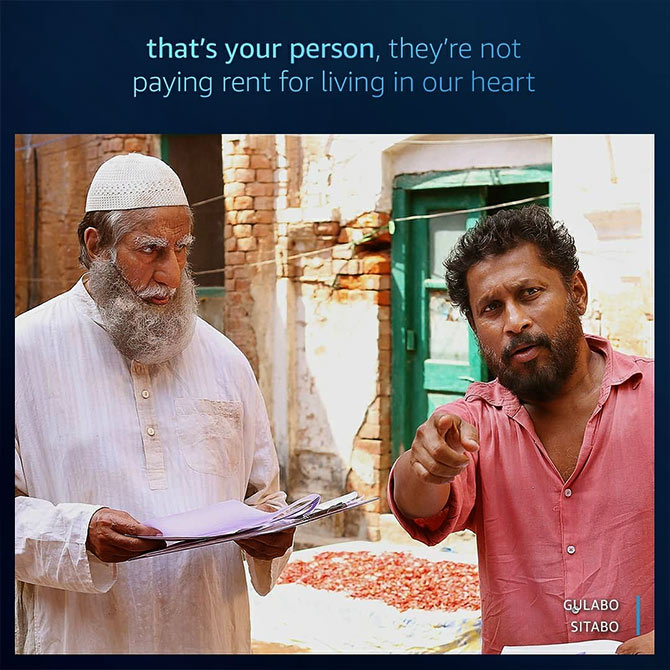 The film has been accused of plagiarism charges. What do you have to say about that?

Juhi Chaturvedi (the writer of the film) has said we are very clear of our conscience, which is most important for us.

It is a purely original work and we haven't recreated anything.

We have a screenwriters association and they have given us a clean chit. If required, we will go again and defend our work.