'They were just trying to show what really happened. It's not about what one should do. We should try to distinguish between the two.' 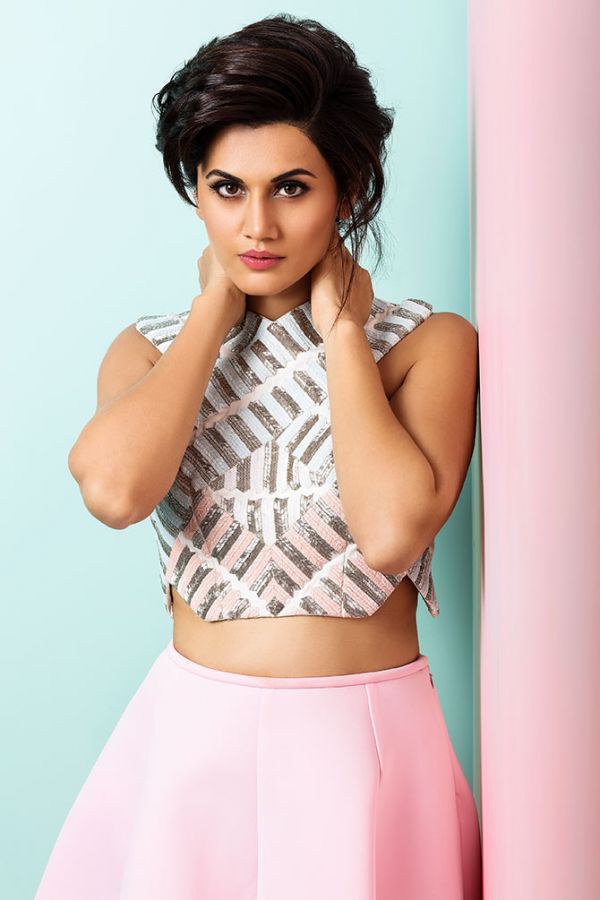 After Swara Bhaskar slammed Sanjay Leela Bhansali for the 'glorification' of the practice of 'jauhar' in an open letter, Taapsee Pannu has decided to have her say as well.

"I think everyone has a right to their opinion. I, however, don't agree with Swara. Just because both of us are feminists, it doesn't mean we have the same take," Taapsee said on the sidelines of the ongoing Lakme Fashion Week Summer/Resort 2018 in Mumbai.

The actor added that every film need not be analysed under a microscope.

"I see films as films. I don't bifurcate too much. Not every film should be seen that way. They were just trying to show what really happened. It's not about what one should do. We should try to distinguish between the two," she said, commenting on the depiction of the 'jauhar' scene.

In her letter, Swara had said she 'felt being reduced to a vagina' after watching the period drama.

Talking about exposing the Harvey Weinsteins at home, Taapsee said things will fall in place if "we start by addressing the trolling" that women face on social media.

"Fortunately or unfortunately, I haven't had any experience like that. So I can't take an active part in this debate. I think once we take care of issues that trouble women such as social media trolling, we can start taking on this large an issue."

The actor will start shooting for Anurag Kashyap's Manmarziyan in February, in which she stars opposite Vicky Kaushal.

Taapsee said she is a little "scared" about working on the film as Anurag has asked her not to prep for the role.

"Normally, I still have to go to the workshops before I start shooting. Anurag has asked me to come on the sets as I am. He doesn't want me to prep. I'm worried as I like to prepare for a role; I like getting into its vibe."