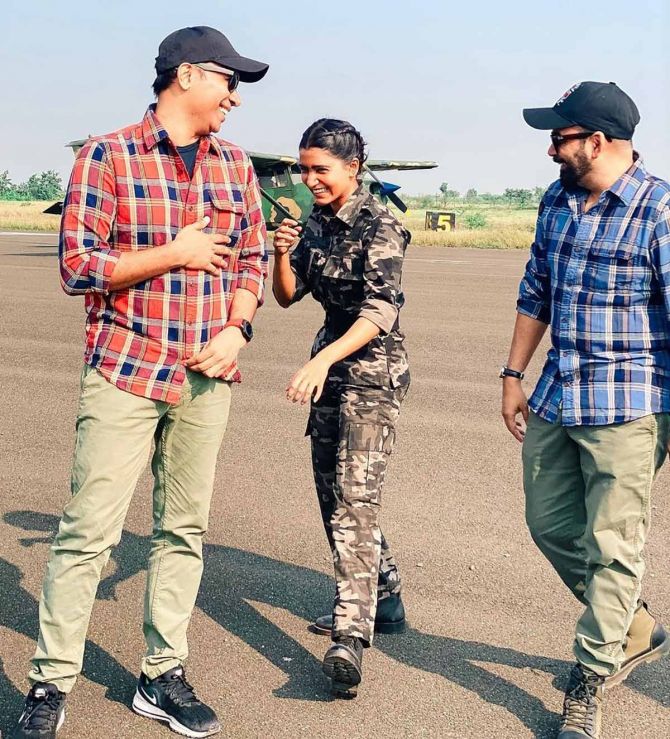 Reports that Samantha Akkineni will be seen in another Web series after The Family Man are false.

A source close to the actress tells Subhash K Jha, "Right now, she is off the media and just chilling at home with her husband Nag Chaitanya and family."

"There are no plans of doing another Web series anytime in the near future. Sam agreed to doing The Family Man because of co-creators Raj and DK's persuasive powers and because she had wanted to play the bad girl for the longest time."

Both wishes fulfilled, Samantha has her hands full with her two Tamil films -- Kaathu Vaakula Rendu Kaadhal, where she co-stars with Vijay Sethupathi and Shaakuntalam where she plays Shakuntala.

Incidentally, the actress is not giving interviews after her stellar performance in The Family Man 2, and it may be assumed due to a controversy that arose before the Web series started streaming.

But she does have a lot to say, and she pens it beautifully in an Instagram post:

'Reading all the reviews and comments fills my heart with so much joy .. RAJI will always be special,' she writes, referring to her character Raji in The Family Man 2.

'When @rajanddk approached me to do the character, I was aware that portraying Raji's character required sensitivity and balance. The creative team shared documentaries of the Tamil struggle that included stories of women in the Eelam war.

'When I watched those documentaries, I was aghast and shocked by the troubles and unspeakable grief that the Tamils of Eelam went through over an extended period of time.

'I noticed that the aforementioned documentaries had only a few thousand views and that is when it dawned on me how the world just looked away when tens of thousands people of Eelam lost their lives. And, lakhs more lost their livelihood and their homes.

'*Countless many* continue to live in far away lands with the wounds of the civil strife still fresh in their hearts and minds.

'Raji's story, though fictional, to me, is a tribute to those that died because of an unequal war, and those who continue to live in the painful memory of the war.

'I was particular about Raji's portrayal being balanced, nuanced, and sensitive. I want Raji's story to be a stark, much-needed reminder for us, more than ever before, to come together as humans to fight hate, oppression, and greed. If we fail to do so, countless more will be denied their identity, liberty, and their right to self-determination.' 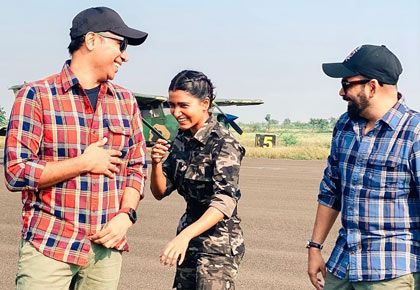