It was a day of loss for Ajay Devgn and his family and the Bollywood film industry.

His father, stunt director Veeru Devgan, passed into the ages on Monday morning.

Ajay and Kajol's friends from the industry visited the Devgn home to offer their condolences. 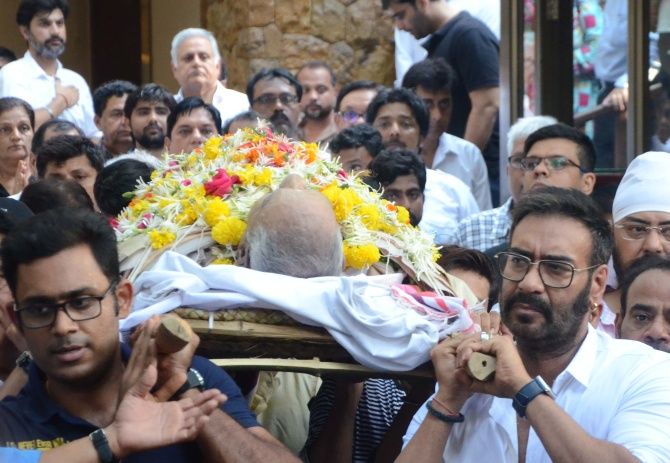 Veeru Devgan was the man behind the action sequences in films like Manoj Kumar's Roti Kapda Aur Makaan and Amitabh Bachchan's Mr Natwarlal.

The cause of death is not yet known but family sources said he had not been keeping well for some time.

Veeru Devgan, who hailed from Amritsar, ran away from home to try his luck in films. He initially wanted to become an actor but became a stuntman instead and, later, an action choreographer, the veteran stunt director had recalled in several interviews.

He fulfilled his dream of making it big in Bollywood through his son, Ajay, who became a popular and successful actor.

One of the late stunt director's most famous action sequences is his son's first appearance on the silver screen in Phool Aur Kaante (1991), where Ajay blazes on the screen balancing on two bikes.

*With inputs from PTI.