'I want to sing for the Khans, the Kapoors, the Kumars'

'Getting a song in Bollywood isn't easy.'
'I don't charge for Bollywood songs.'
'Your song may release today, but it can be possible that you may not get another song for a year.' A tall, well-built man walks into the room. He wears a cap, and keeps his beard trimmed short.

That's not quite how I remember Navraj Hans from his pictures.

"It's very hot," he says, giving his reason for the close-cropped beard.

The singer wants to make a name for himself and be known for more than being Hans Raj Hans's son and Daler Mehendi's son-in-law.

2018 has been good for Navraj, thanks to his songs -- as well as the films -- becoming big hits: Mundiyan from Baaghi 2 and Chote Chote Peg from Sonu Ke Titu Ki Sweety.

"I want 100 songs in a year. I don't want to be too greedy," the Jalandhar-born singer, who landed in Mumbai five or six years ago, tells Jahnavi Patel then with Rediff.com.

I am a shopaholic, I love shoes.

I had gone to the UK to study business. I was not into music then, only cricket.

When I came back, my dad's friend told me, 'You are so talented, you should be in Mumbai.'

So I came here.

When did you decide to be a singer?

I was destined to be a singer.

Though I always wanted to become a cricketer, destiny had other plans.

Did you want to continue with cricket?

I did not give up cricket, I knew I couldn't play.

I had some serious injuries and with that, you cannot play for your country.

It was very difficult for me to enter a new line (singing). I didn't know anything.

I did not rehearse from childhood, nor did I learn from anybody.

Singing was a new subject for me.

I took it up as a challenge; giving up is not in my blood.

If music was not something you always wanted to do, what made you choose it?

When I was studying in the UK, I felt alone. I had never stayed alone before that.

There, I used to listen to Nusrat Fateh Ali Khansaab's qawwalis, Ghulam Alisaab's ghazals... that music changed my mind.

I started singing their songs and eventually, I knew this is it. 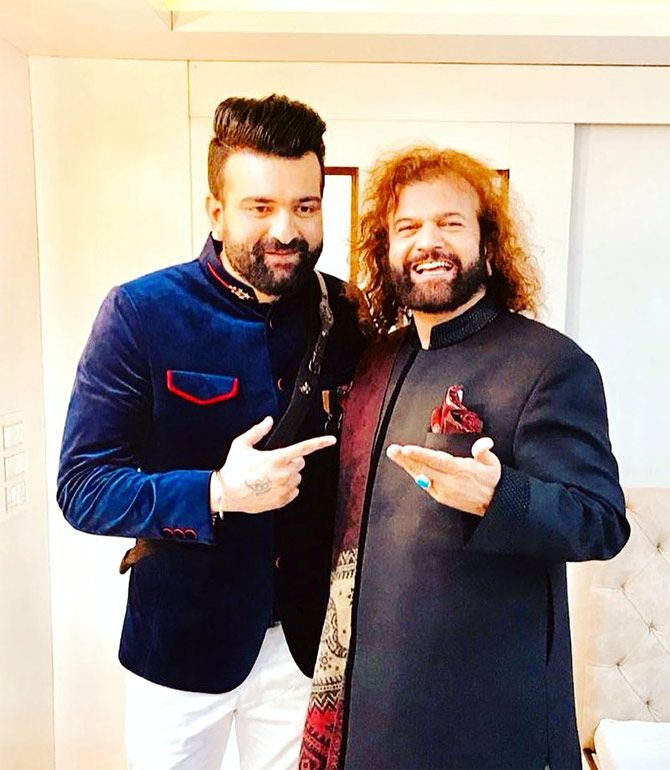 I respect both of them, they are legends in their own way.

In my dad's office, there is a poster of Nusratsaab, where it's written, 'We are here to settle a score; so it's important to have your own identity.'

I feel blessed I am related to them, but yes, coming from a family of such legends and then making your own name is a task.

How difficult was it getting work in Bollywood?

Of course, it's difficult. Getting a song in Bollywood isn't easy, even if you are a star kid.

But since giving up isn't in my blood, when I decided to be a singer -- a national singer, not a regional one -- I came here.

My first song was for Purani Jeans for Ram Sampat sir. I recorded that song in Jalandhar.

I am thankful to him for giving me my first break.

Then a few songs came, but they did not work. Thank God, 2018 is going great.

How much have you learnt from your father and father-in-law?

I idiolise them, not only because they are stars, but for the way they live their lives.

I learnt a lot from them, apart from music, like discipline, dedication, hard work and focus. 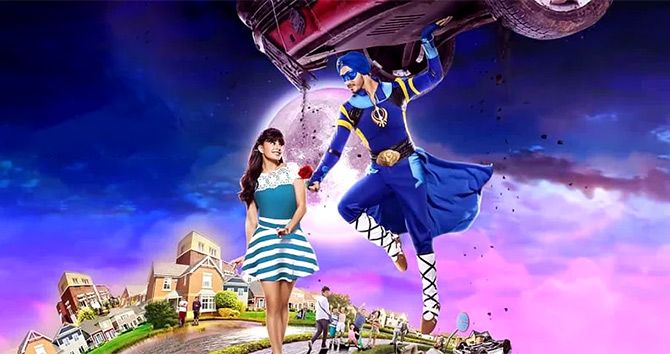 IMAGE: Tiger Shroff with Jacqueline Fernandez in The Flying Jatt.

Does criticism affect you?

I don't care, I don't listen to anybody.

I do my riyaz, my hard work, go to the studio, record the song and come back.

Whether the song becomes a hit or not, it doesn't bother me.

As long as the music producers and directors are happy, I am happy.

Every song doesn't have to be a hit. There are many good songs which did not become hits.

My song from Flying Jatt -- Jo Raj Karega Khalsa -- is one of the most difficult songs I have sung. But it did not work. That doesn't make it a bad song.

It is easy to criticise, but very difficult to go and sing on the mike.

There is no recipe to make a hit song.

How different is the Punjabi industry from Bollywood?

There are no similarities.

I am a Punjabi and proud of it, but I did not want to be a regional artist.

The whole nation should know who Navraj Hans is.

But it is very difficult to get work in Mumbai.

A singer can't only rely on Bollywood projects for survival. What else does a singer do for financial support?

I don't charge for Bollywood songs.

There are other ways to earn money.

You do shows, release singles.

When the single becomes popular, you get more shows.

You have a bigger reach through Bollywood.

But you can't be dependent on anything. Your song may release today, but it can also be possible that you may not get another song for a year.

So we have to try other things. 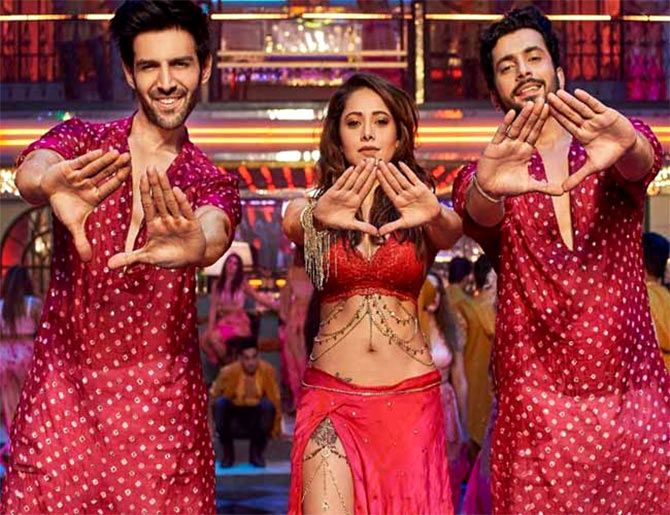 The songs are popular, but lyrics sometimes influence children the wrong way.

The lyrics are not influencing the children; the writers are writing what kids are doing.

Today, if you enter their room without knocking, you will know what is happening.

If I release a song like Baiyan Na Dharo Balma today, who will listen to it? But this was such a hit song of that time.

Or Jab Pyaar Kiya Toh Darna Kya or Aa Laut Ke Aaja Mere Meet, who will listen to all this?

Every decade had their songs.