Ever thought if Bollywood actors are capable of playing these roles?

The idea of a desi Game of Thrones is not just tricky, it’s plain inconceivable.

In a country where ‘shit’ is beeped on television, filming George R R Martin’s graphic celebration of sex and violence in the garb of a medieval soap opera is censorship nightmare.

So when the news of small screen actress Sakshi Tanwar in a series modeled after GoT went viral, everybody did a double take.

Turns out her under-production project called Rani Mahal, while a period fantasy, shares nothing in common with HBO’s hugely popular adaptation of the same.

As improbable its chances are, sure is exciting to shop for Bollywood superstars in these iconic parts.

Agree, disagree and bombard the message board below. The quintessential iron in a velvet glove, mother of three hot-blooded dragons and claimant to the Iron Throne, not to mention the supremely sexy Daenerys Targaryen aka Khaleesi is one of the hottest characters on the scene.

Nobody breathes fire like Deepika #MyChoice Padukone, a terrific mix of sizzle and strength. Man’s played an alien, there’s no reason why Aamir Khan can’t play a dwarf (no reading in between lines, wicked minds).

Especially one so deliciously smart, sassy and scene stealing as Tyrion Lannister, easily our pick of the lot in all of Westeros. 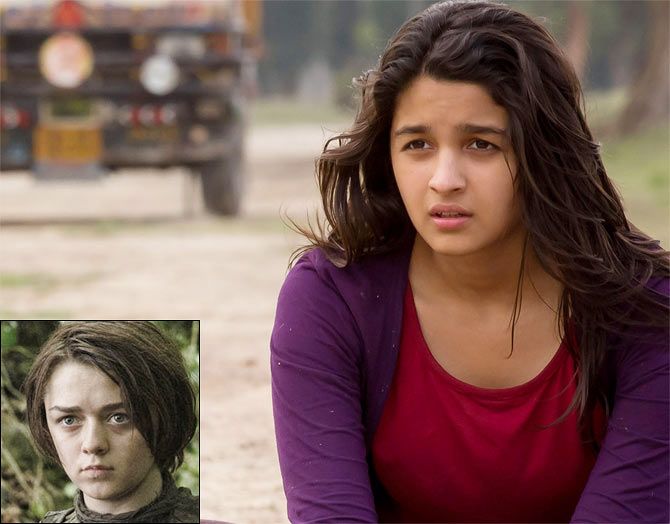 Arya Stark’s seen too much, too quick, too young. Alia Bhatt would understand. (Even if she’s not known to be particularly bright.)

Just by heart this much, sweetie: Valar Morghulis. Nobody expects to Jon Snow to turn hero, he’s too much of softball in the sly, scheming world of war and politics. 'I should wear the armour and you the gown,' works as a punch line and introduction to Cersei Lannister.

A venomous mix of vile, manipulative and controlling, she’s also conducting an incestuous, tempestuous affair with her twin brother, Jamie.

Who better than the unorthodox Tabu to embody this regal vamp? Let’s give him a pair of evil blue contacts so that he resembles an adult version of the MOST loathed character ever -- the revolting, insufferable, spiteful teenage ruler of the Seven Kingdoms-- Joffrey Baratheon. Take Amitabh Bachchan’s taunting temperament in Mohabbatein, blue-blooded arrogance in Kabhi Khushi Kabhie Gham, sarcasm in Cheeni Kum and the malice in Aks, what have we? At first she seems vain and victimised biting more than she can chew but don’t feel pity for her yet. There’s more to Sansa than meets the eye.

Kareena Kapoor has all the talent to master the mind of this stylish, sly, secretive lady. Full of polished manners and credibility on the outside but snaky strategies ticking in his nasty brain, Littlefinger is a suave face of concealed menace.

A sneaky, smooth Akshay Kumar flashing his gummy grin and ruining the Starks is what we’d like to see instead of that phoney Gabbar. 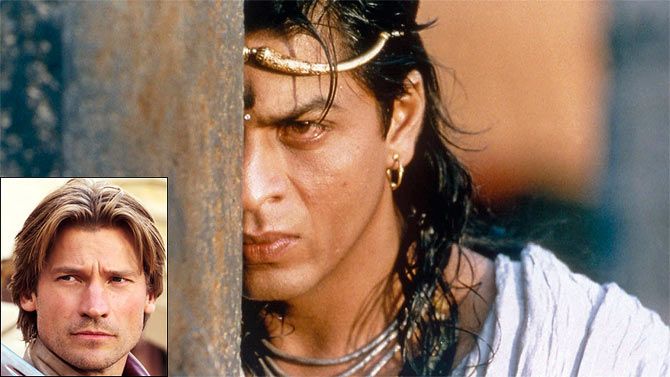 Jamie, nicknamed the Kingslayer is one complicated, charismatic creature.

When not crippling kids to protect his unnatural relationship with his sister, the master swordsman is also a man of his word and goes out his way to protect his gigantic lady friend.

King Khan could bring his experiences as both villain and hero to play the charming knight whom viewers are still struggling to figure. Ever so humble, polite, wise and clearly crushing on his Khaleesi, Jorah Mormont is the hottest man Friday a girl could ask for. Not quite prepared to go on a full-fledged war. Not quite sharp to sniff his enemies. Robb Stark is too much of a distracted romantic to take his dad’s place and it shows in a manner most OUCH.

Fawad Khan’s reluctant royal in Khubsoorat compels us to believe he’s perfect for the role. 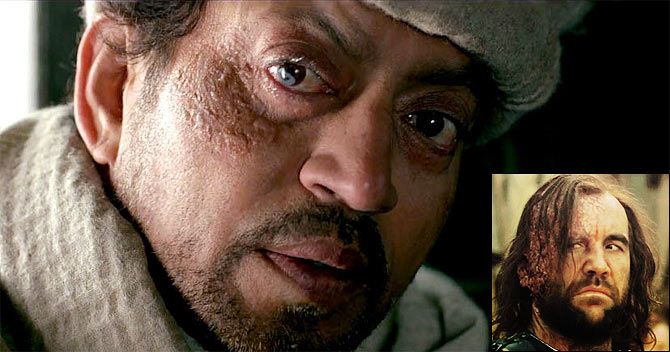 The guessing game goes on as the scar-faced Hound plays both Arya’s unlikely rescuer as well as an impending target on her hit list in the most curious story arc of Game of Thrones. 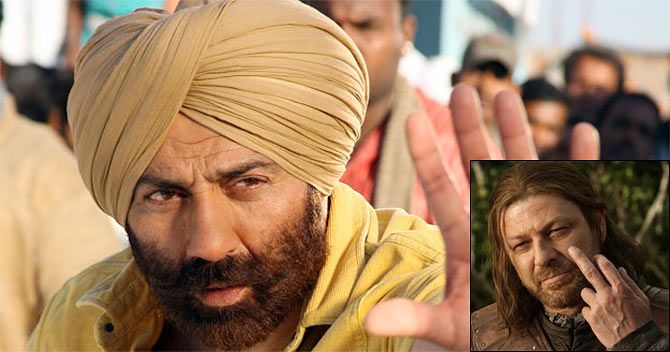 Dignified, daring and decent, Nedd Stark is the hero the world, well at least The North roots for. He’s infallible and invincible. Sounds a lot like Sunny Deol, the man who can beat an entire nation’s army single-handedly and save the day.

Exactly the sort of blind faith Game of Thrones relies on to achieve its first big shocker. All Arjun has to do is go back to his former self, dye his hair platinum, slip into a shabby sack and repeatedly mouth one word in his usual stuffed mouth delivery -- Hodor.