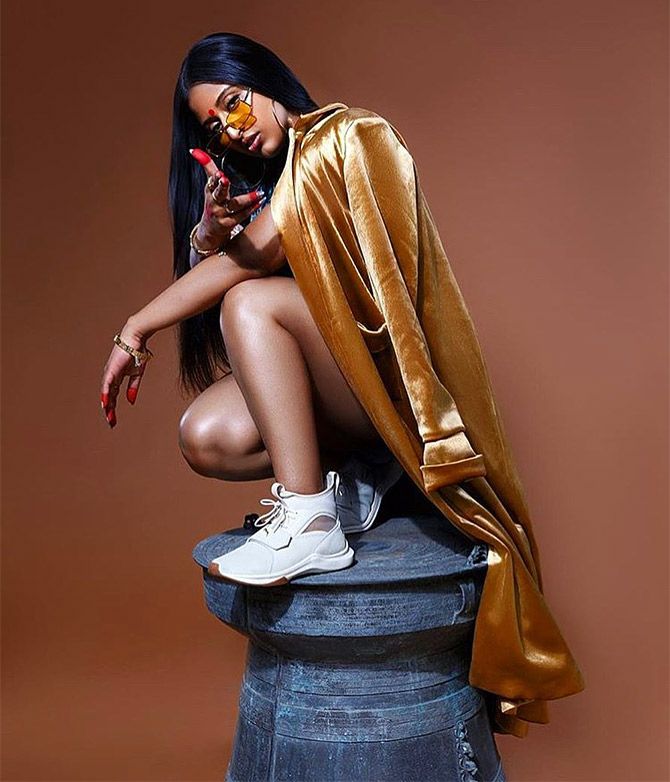 California born Indian singer Svetha Yellapragada Rao is fondly called 'Pandu' at home. But for the rest of the world, she is Raja Kumari, the rap princess.

The 33-year-old artiste, who recorded her first song when she was 14, is trained in Bharatanatyam and is proud of her Indian lineage and its rich cultural history.

"I grew up studying classical music and dance. I spent a lot of time reading, hearing and dancing about the Mahabharata and Ramayana," says the rapper who started singing when she was 14.

Through her life and career, Svetha has fought criticism, body shaming and bias before she discovered her love for rap and music.

She's worked with international artistes like Gwen Stefani, Sean Garrett and Timbaland before moving to India and working with A R Rahman and Divine -- she co-wrote and sung City Slums.

After playing a judge in the film Gully Boy, Svetha, along with artistes Raftaar and Nucleya, will be seen on the show MTV Hustle, where the trio will mentor aspiring hip-hop artistes in India and help them in their journey towards becoming the next big thing in music.

Watch her talk about her exciting journey in the video below!