'I use mustard oil to treat my cold.'
'I warm it a bit at night and put a few drops in my nostrils at night.'
'I have lived such a tough life. I have never depended on a doctor or expensive medicines,' the Indian prime minister revealed in an interview. 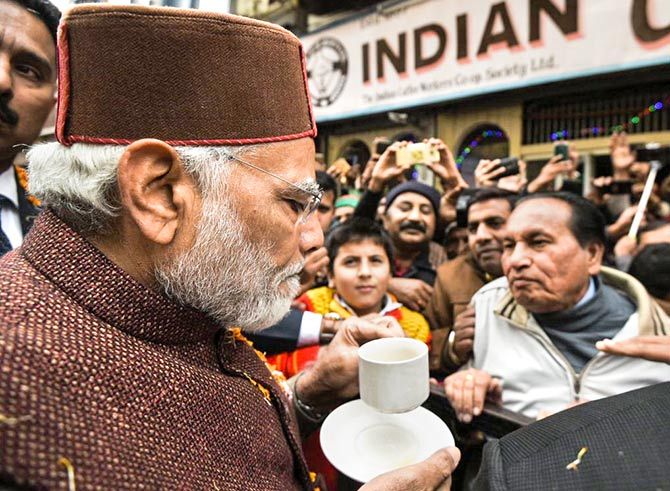 IMAGE: "If I get cold, I drink warm water, without adding anything to it," Prime Minister Narendra Modi told Akshay Kumar in an interview.  Photograph: Kind courtesy Narendra Modi/Twitter

If you were among the ones who were amazed at Narendra Modi's yoga and fitness challenge video, perhaps you'd want to know how the Indian Prime Minister stays so fit.

In a candid interaction with Bollywood actor Akshay Kumar, the Prime Minister said, instead of rushing to doctors, he swears by simple home remedies.

In the interview, Prime Minister Modi shared his personal nuskas which he uses to combat common cold, take care of his skin and soothe body pain.

PM Modi revealed that he treats his cold by drinking hot water and observing a fast to get rid of the illness.

PM Modi also spoke about the benefits of mustard oil when battling cold.

"I use mustard oil to treat my cold. I warm it a bit at night and put a few drops in my nostrils at night. It burns a bit, but it helps. The oil clears my congestion in just two days."

Modi swears by Ayurveda and his gamcha 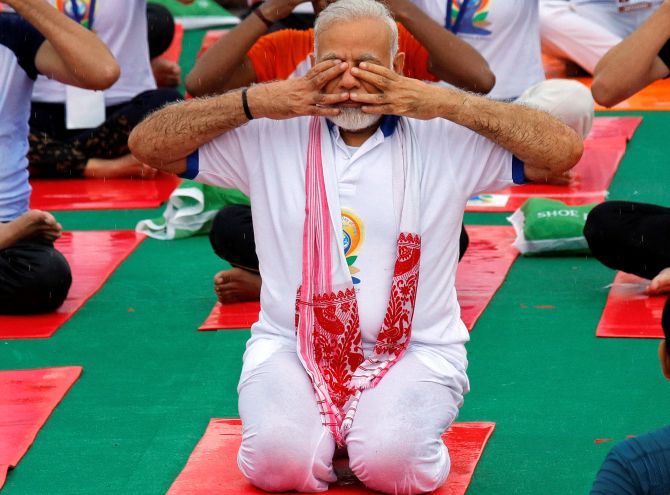 IMAGE: PM Modi swears by his gamcha which he says has multiple benefits. Photograph: Pawan Kumar/Reuters

He also spoke about the benefits of Assamese Gamosa (Assam ka gamcha) and how he used to always carry it with him while walking for long distances.

"I always used to carry Assamese Gamosa with me while walking for long distances especially in mountainous regions to soothe my foot pain. I used to tie it on my feet and add a small wood stick in between it to soothe the pain."

He also shared the benefits of using castor oil for skin.

"I went on Kailash Yatra a couple of years back. Total distance was about 1,000 km, I had to walk for this long. A lot of other people were there with me. They were using very expensive products to take care of their skin. I just had raw castor oil with me and I used to only use that," PM Modi said.

"After six days their skin started burning. Nothing happened to me so they asked me what do you use to take care of your skin. I told them I do nothing special just use castor oil. Then every night people used to take a few drops of castor oil from me," he added. IMAGE: Prime minister Narendra Modi who fasts for two days, stressed on the importance of eating on time and consuming a healthy diet. Photograph: PTI Photo

Apart from simple home remedies and Ayurveda, Modi also stressed upon maintaining a healthy lifestyle, eating on time and consuming a healthy diet. 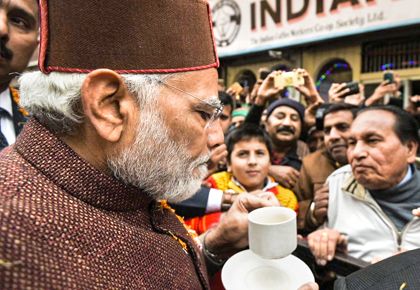 Note: All images published for representational purposes only.