So do they actually disappear or what? Let's find out! 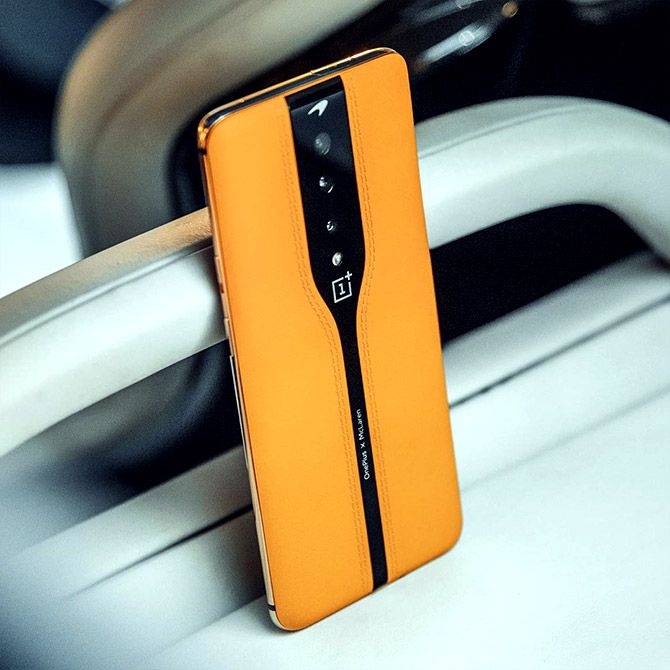 OnePlus recently showcased one of its most innovative smartphones -- the OnePlus Concept One phone -- at the ongoing Consumer Electronics Show in Las Vegas, US.

The phone has the same specifications as the OnePlus 7T Pro launched in 2019.

But what's really interesting is the invisible camera.

So do they actually disappear or what?

Well, technically, the cameras don't disappear but they hide behind an opaque dark glass and appear again when the glass turns transparent. 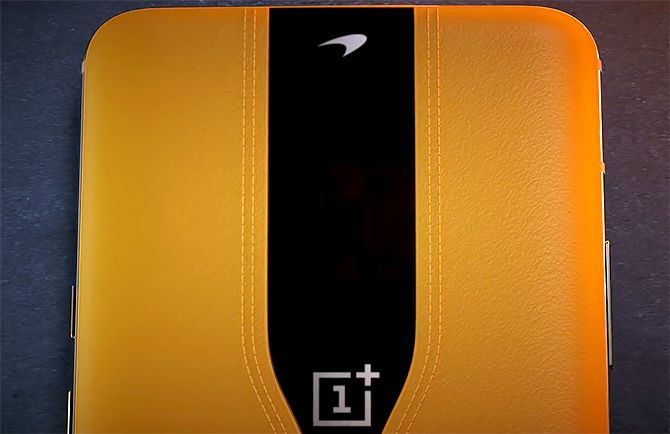 IMAGE: Hover on the above image to see the hidden cameras. Photograph: Kind courtesy OnePlus/Instagram.com

How does this happen?

This technology is not a new; it is inspired from McLaren's 720S Spider luxury sports car, which features a retractable hardtop glazed with an electrochromic glass panel that uses the same technology to switch between tinted and transparent glass.

In the OnePlus Concept phone the rear camera lenses are hidden under the dynamic electrochromic glass which switch to transparent when the camera is triggered from the app.

The process of switching off from opaque to transparent is done by using colour-shifting organic particles which are layered between two 0.1 mm thick glass panels.

This entire process is so swift that it takes less than seven seconds for the camera to appear and then disappear.

In the camera app's pro mode, you will also find the Neutral Density Filter which gives you three darkness level filters to choose from.

This feature is extremely helpful while you are shooting long exposure photos in bright lighting conditions.

To say that the hidden camera feature is a path breaking design innovation would be an understatement.

At the same time we should be optimistic that smartphone companies are going the extra mile to offer users a range of competitive features in an ergonomic way. 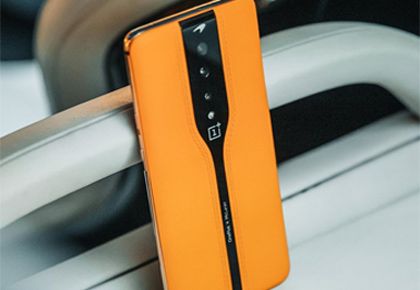