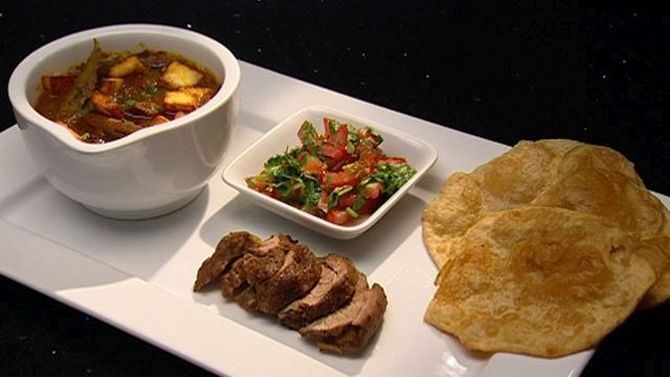 Planning a lavish meal? Chef Jimmy Seervai will help you show off your culinary skills. Everyone's mouth waters instantly, when he whips up a dish with authentic Indian flavours.

Since the time he participated in Masterchef Australia 2010, Sydney-born Jimmy Seervai (pictured left) never misses out on impressing his fans.

We present one of his lip-smacking recipes that celebrates the flavours of mutton.

For parsi goat and paneer curry