India Today has released its annual list of best colleges in India.
In the first of a series, we bring you the top 20 colleges for science.

Leading education magazine India Today has been publishing its annual list of best colleges in India for two decades now.

In its 22nd year, it has released its annual rankings of Top 100 institutions across streams.

'After preparing a list of colleges from multiple sources, we sought factual data from them and simultaneously sent the list to experts for perceptual scores,' the editor explains in its May issue.

The institutions were rated for multiple factors including intake quality and governance (score out of 250); academic excellence (250), infrastructure and living experience (175), personality and leadership development (175), career progression and placement (150). The objective score and perceptual score were out of 1000 each.

Presenting the Top 20 of 100 science colleges as per India Today's findings.

Founded in 1948, the college offers graduate, post graduate and add on courses in social sciences, humanities and basic sciences. 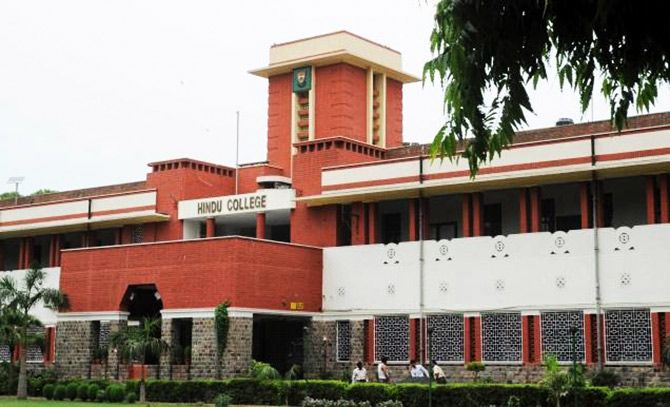 The Ministry of Science and Technology of India recently awarded 'star college' status to the biotechnology department of this college.
Established in 1899, it is one of the oldest colleges in the state.

Established 1881, St Stephen's is one of the oldest colleges for arts and science in India. Among its famous alumni include bureaucrats, journalists, actors and entrepreneurs like Montek Singh Ahluwalia, Arun Shourie, Barkha Dutt, Rahul Bajaj and Kabir Bedi. 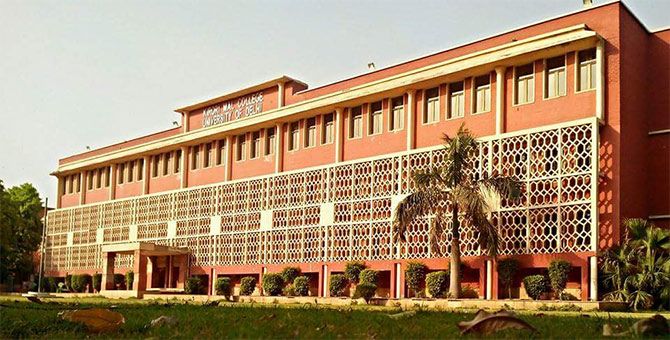 Started in 1954, the college has a long list of successful alumni including Amitabh Bachchan, Odisha chief minister Naveen Patnaik and director Kabir Khan. 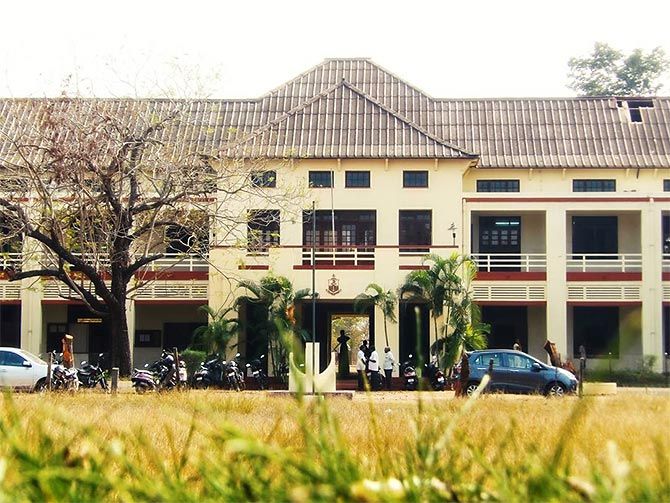 One of Chennai's oldest colleges -- it was started in 1837 -- has produced civil servants, entrepreneurs and world leaders.
PepsiCo CEO Indra Nooyi, Padma Shri Raja Ramanna, Gemini Ganesan are among its notable alumni.

The college was set up in memory of Mahatma Hansraj on July 26, 1948.
It intakes over 4,000 students in its undergraduate courses and over 800 students for its post graduate programmes.
Shah Rukh Khan, Naveen Jindal and Anurag Kashyap have studied here. 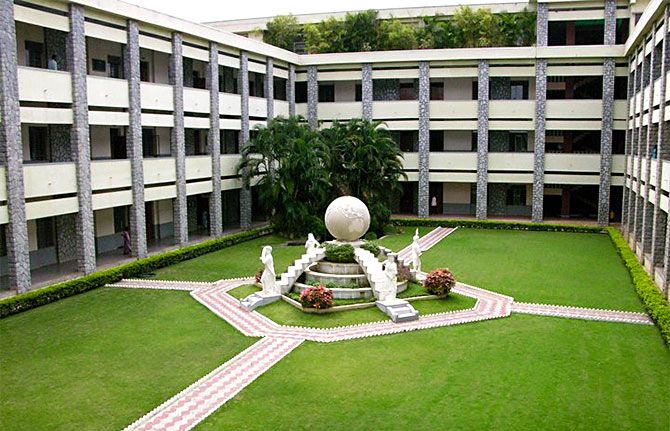 With multiple campuses, Christ University offers courses in chemistry, computer science, life sciences, mathematics and statistics, physics and electronics.
It was established in 1969 and gained autonomy status in 2004. 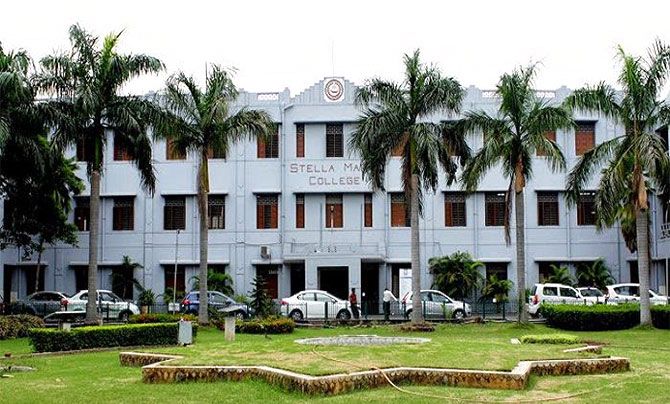 The minority college, affiliated to the University of Chennai was established in 1947 with just 32 students.
Today it offers courses in science, arts, commerce and information technology.
Preetha Reddy, managing director of Apollo Hospitals and Samantha Ruth Prabhu are among its notable alumni. 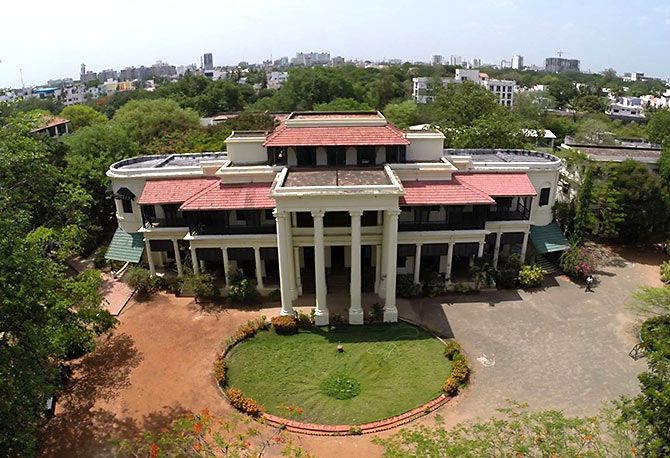 The government aided minority institute started its academic journey in 1915 with 41 students.
Currently, it caters to over 2,700 students across its undergraduate and post graduate programmes.

Started in 1990 in a school building, the DDUC is now fully funded by the government.
In the national rankings released by the HRD ministry, it was positioned at number 8.
Besides specialised courses and sports facilities, it has a library spread across three floors for the benefit of students. 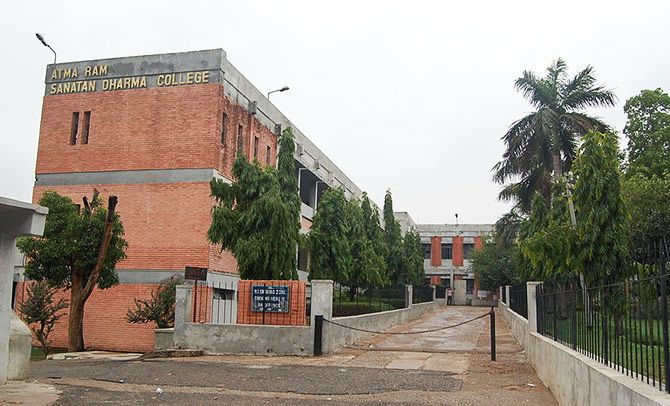 The college established in 1959, also featured among the top five colleges in India in the HRD university rankings released this year.
It offers courses in science, commerce, arts, physical science and computer science. 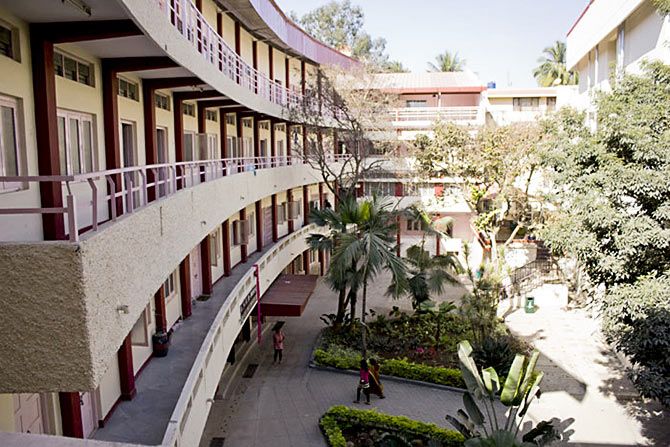 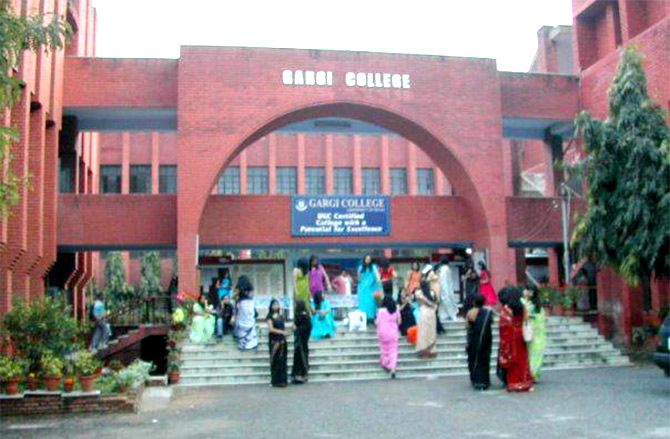 One of the oldest colleges in Karnataka, St Joseph's, established 1882, has over 5,000 students on its roll.
Besides pure sciences, arts and commerce, it offers courses in visual communication and big data analytics as well. 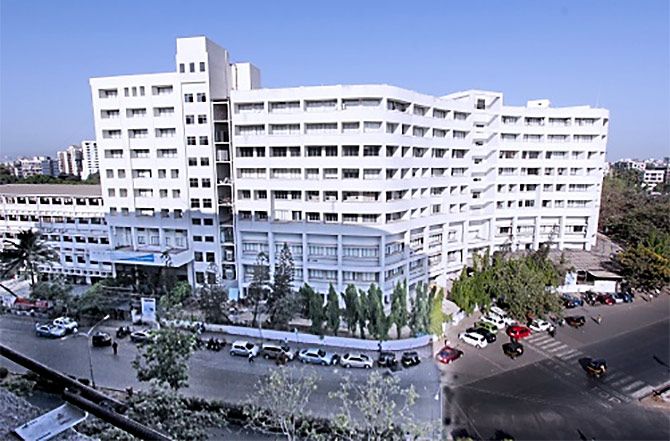 Mithibai College of Arts, Chauhan Institute of Science was started in 1961.
Over 35,000 students have passed out of the college so far.
Ekta Kapoor, Shahid Kapoor, Ajay Devgan, Kajol, Kareena Kapoor, Rani Mukerj -- it has an endless list of celeb alumni.Photograph: Kind courtesy Mithibai College 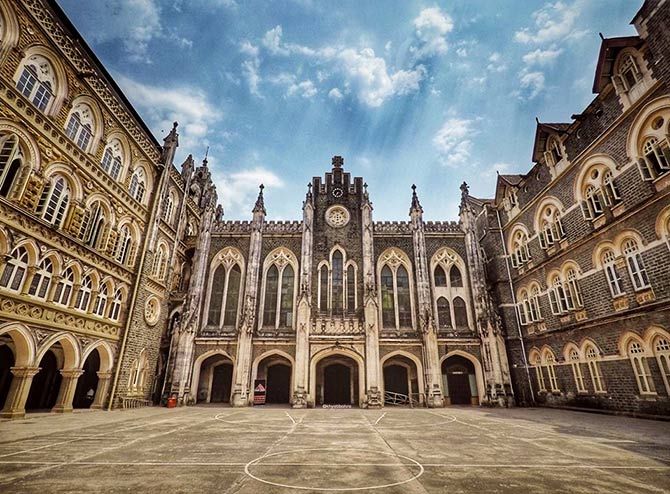 Spread over 16 acres of land, this college is affiliated to Punjab university.
It provides general, vocational and professional courses at undergraduate and post graduate level.

Established 1994, it is among the youngest colleges to feature in the Top 20.
Its 10-acre campus offers facilities like language laboratory, an open university and research centre, library and conference hall. The college, funded by the government of India, is named after educationist Acharya Narendra Dev.
It offers courses in biomedical sciences, chemistry, physical sciences and life sciences at the undergraduate level.
In fact, it is the first college to have introduced Bachelor of Science (honours) biomedical sciences. 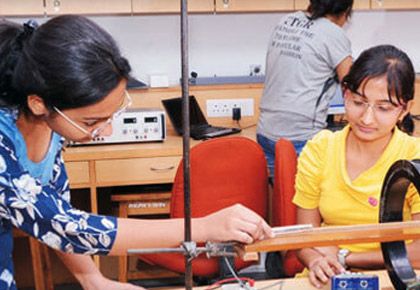